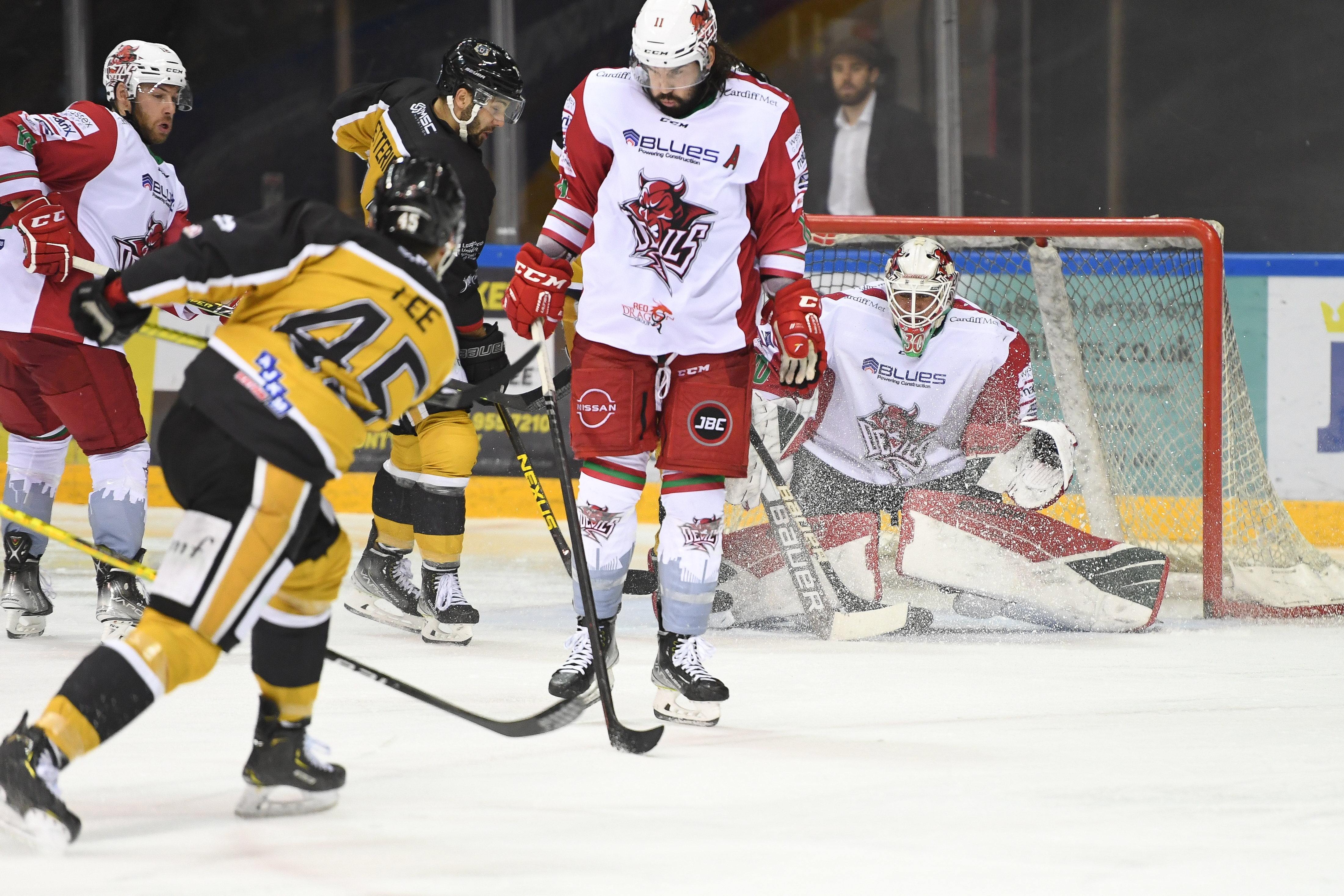 Kevin Carr started in goal for the Panthers opposite Mac Carruth for the Devils.

Both netminder were in sparkling form in the first period, turning aside 17 shots each, as neither team was able to break the deadlock.

Robbie Baillargeon (23.16) showed some sweet hands in close to give Nottingham an early second period lead and less than 40 seconds later the home side were up by two when Mathieu Tousignant (23.54) crashed the net, Steve Lee's shot hitting the forward on it's way to the back of the net.

Nottingham got themselves into some penalty trouble after taking their two-goal lead though and Brodie Reid (29.53 & 32.57) made them pay on one occasion before netting a second straight from a Devils' face-off win.

Cardiff continued to press in the period but found Carr in stubborn form and the teams went into the third frame locked at two goals each.

Nottingham started the third period short-handed by Ollie Betteridge (40.24) capitalised on a turnover in the Devils' zone and beat Carruth high on the glove side to restore the Panthers' lead.

Just over five minutes later Captain Steve Lee (45.32) pinched in from the blue line, cut to the goal and turned in his own rebound to give the Panthers a two-goal cushion.

27 seconds later Kevin Domingue (45.59) ripped a wrist-shot over the glove of the Carruth to stretch the lead to three and send the Panthers' fans in attendance into delirium.

A professional performance throughout the rest of the third period saw Nottingham seal the two Premier Sports Elite League points on offer.