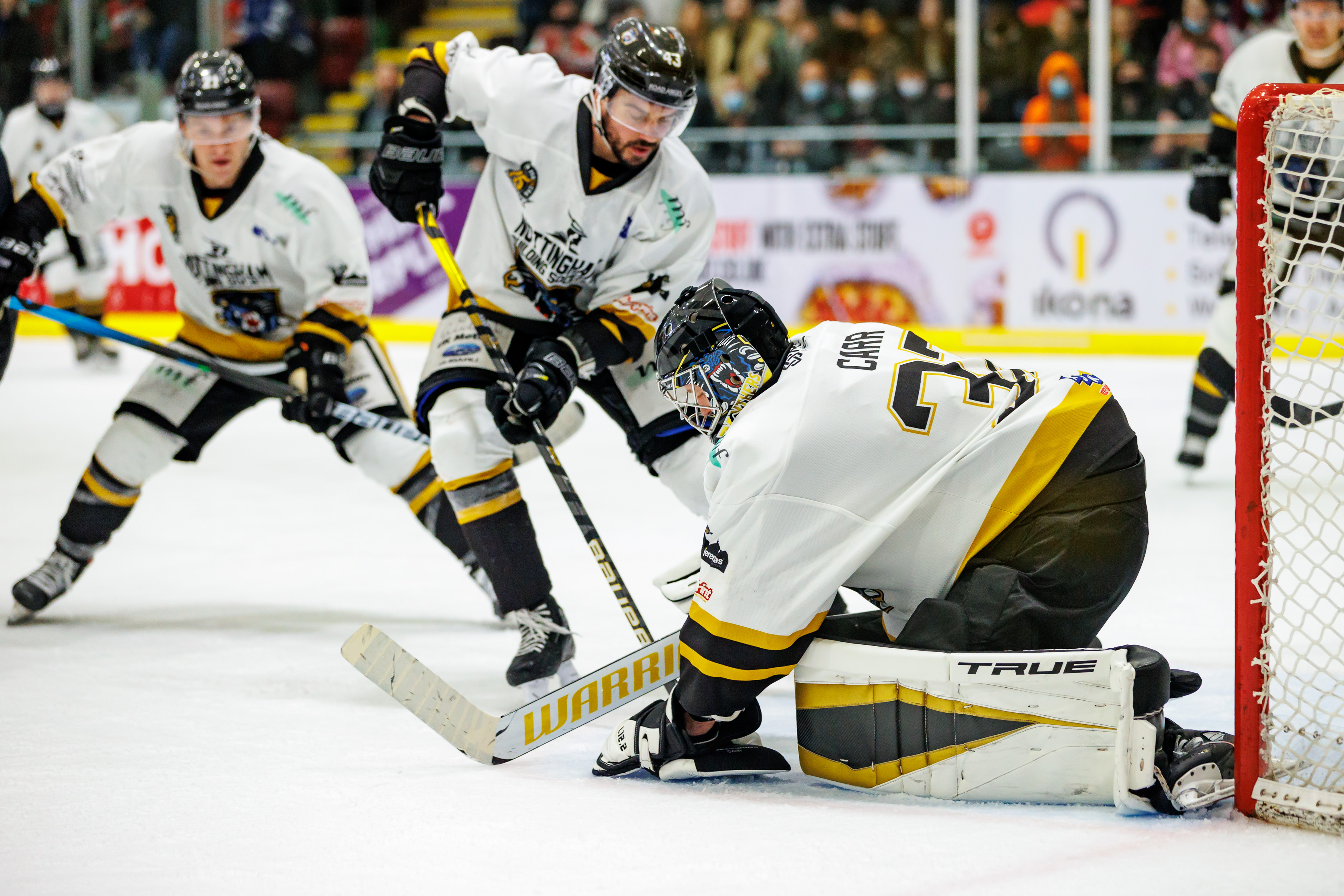 The Nottingham Panthers put in a performance to remember on Saturday night as they shutout the Devils in Cardiff.

Kevin Carr started in goal for the Panthers opposite Mac Carruth for the Devils.

Nottingham lost forward Robbie Baillargeon (precaution) before warm-ups even got underway but it was the short-staffed Panthers who came out of the blocks the stronger of the two sides.

Eager to make up for Friday's game against the Giants Nottingham pressed hard in the first frame, outshooting the Devils over the opening 20 minutes, but there was no way through Carruth and the sides went into the first intermission deadlocked.

Things went from bad to worse for the Panthers when they lost Kevin Domingue (lower body) following a collision along the boards.

Despite their even shorter numbers Nottingham were not deterred though, matching the Devils stride for stride in what turned out to be another scoreless period.

Head Coach Tim Wallace was forced to switch his lines around due to the injuries and one of those changes led to the Panthers' opening goal, Jeremy Welsh won a face-off in the offensive zone & quick as a flash Ollie Betteridge (43.13) ripped the puck into the back of the Devils' net.

The tension was palpable as the game wore on, Nottingham have to kill two penalties in quick succession in the middle of the period.

Ollie Betteridge kept his skates moving to earn the Panthers a powerplay late in the game and with Carruth pulled in favour of the extra attacker Simon Suoranta (58.58), who showed incredible determination to skate after a puck cleared out of the zone, saw an attempted Devils pass ricochet off him and into the empty net.

Christophe Boivin (59.39) then put the cherry on the cake for the Panthers as he beat Carruth on a breakaway to see Nottingham to a huge bounceback win.