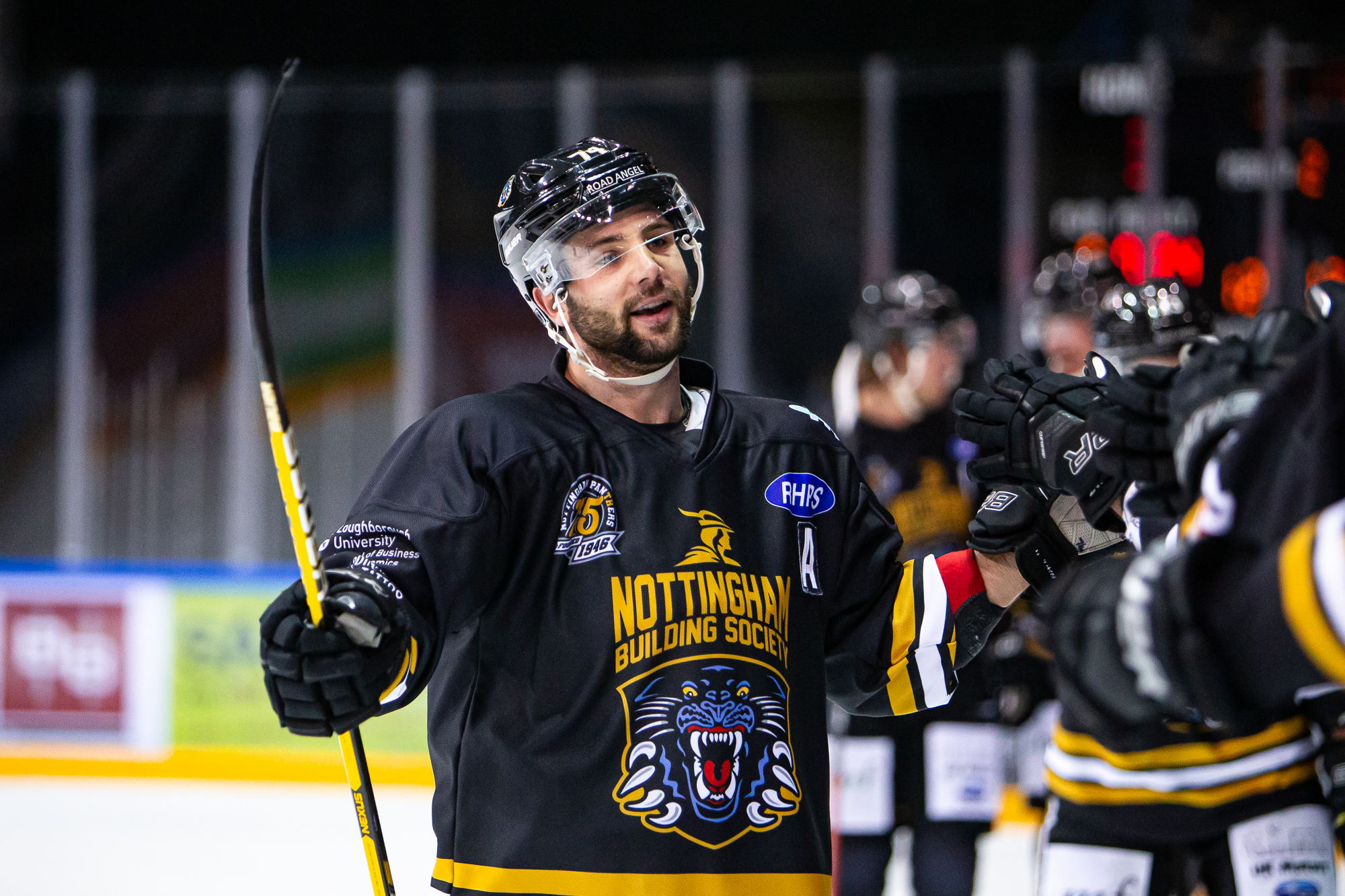 The Nottingham Panthers secured a thrilling overtime win over the Dundee Stars on Saturday night inside the Motorpoint Arena Nottingham.

Kevin Carr started in goal for the Panthers opposite Adam Morrison for the Stars.

Nottingham pressed early on and dominated possession whilst creating more chances than the visitors but couldn’t break the deadlock.

A couple of late penalties saw the teams skate four-on-four and it was Dundee who took advantage, Gabriel Desjardins (17.52) converting a two-on-one break-in to sent the away side into the first intermission holding a one goal lead.

Mathieu Tousignant, causing a nuisance of himself all night, drew a powerplay and was on hand to convert on the man-advantage when Taylor Doherty’s slapshot dropped kindly for him and he forced it over the line (30.05).

A mad scramble in the crease led to Dundee restoring their lead through Charlie Combs (32.39) shortly after the Panthers’ goal but Christophe Boivin (34.14) restored just over two minutes later, the forward finding a loose puck in the crease after Robbie Baillargeon’s shot escaped Adam Morrison.

Another period of four-on-four hockey saw another goal, this time for the home side.

Matthew Myers won a face-off and Ollie Betteridge (36.41) scored an early contender for goal of the season as he danced through the Stars’ skaters and ripped a wrist shot high into the back of the net to send the Panthers into the final period up by three goals to two.

The Panthers dominated possession in the final frame but it was the Stars who struck.

On a late powerplay Sebastian Bengtsson (55.36) scored at the back door to send the game to overtime.