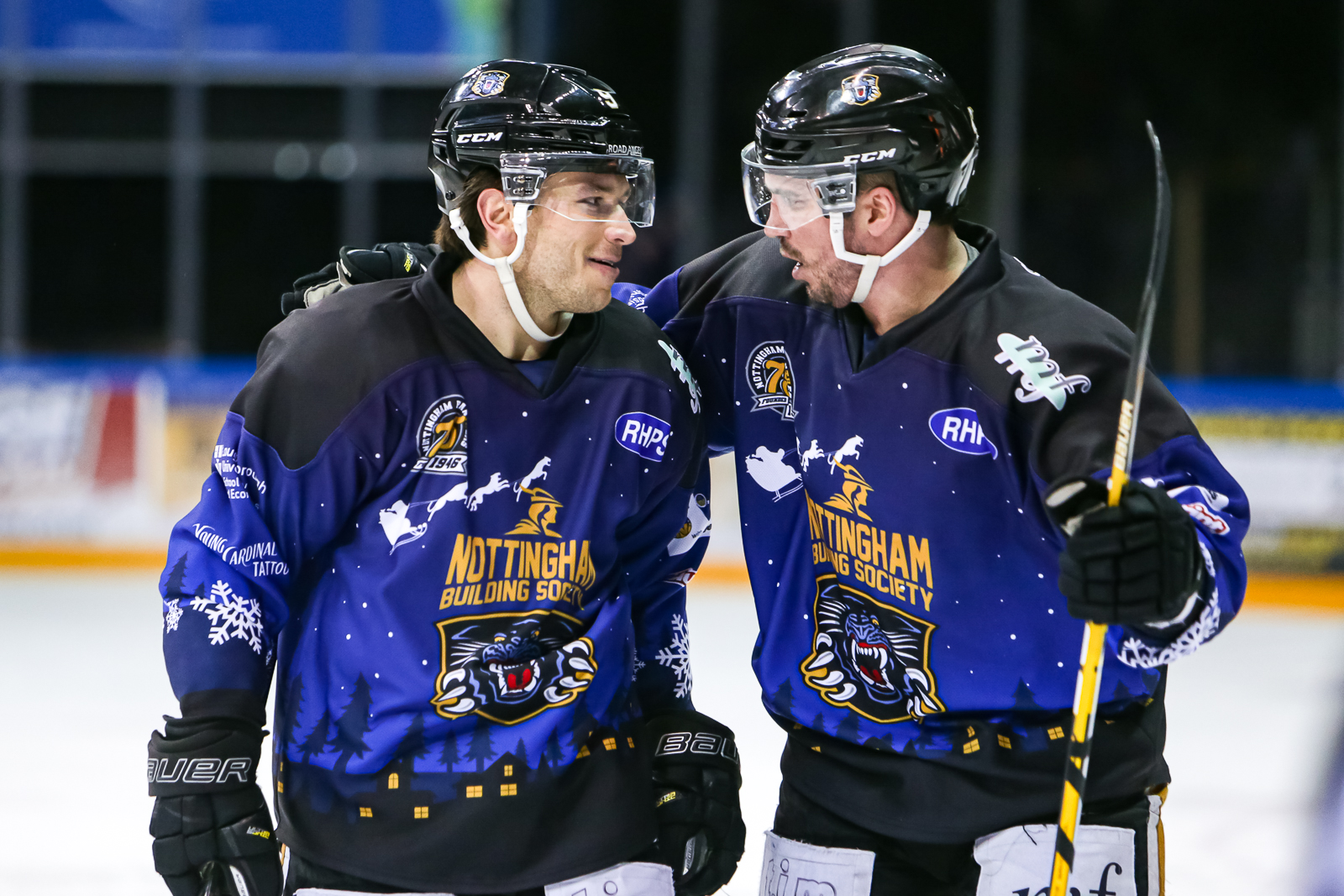 The Nottingham Panthers bounced back from a disappointing festive set of games by defeating the Manchester Storm on New Year's Eve.

Kevin Carr got the start between the pipes for the Panthers opposite Matt Ginn for the Storm.

Nottingham got off to the perfect start when Matthew Myers (1.22) fired home on an early powerplay but an unfortunate bounce off of Aaron Thow, after a smart initial save by Carr, gave Manchester a quick answer back. The goal credited to Linden Springer (2.41).

It wasn't until the second period that either team would light the lamp again.

Jordan Kelsall (24.29) picked up a pass from Josh Tetlow and rifled in a short-handed goal to restore the Panthers' lead before Matt Lane (37.48) took advantage of being left in acres of ice to shoot high into the Storm goal and make 3-1 in favour of the home side.

Mark Matheson (39.20) added to Nottingham's tally inside the final minute and they went into the third period holding a three-goal advantage.

Christophe Boivin (47.05) all but sealed the game just before the midpoint of the final frame, after the Panthers opened the period by killing off over one minute of Storm five-on-three powerplay opportunity, but Manchester would not go quietly.

First Springer got his second of the game (50.36) before Tyson Fawcett (51.27) converted at the backdoor.

There was to be no comeback for the Storm though as, after killing a late powerplay for the visitors, saw out the rest of the game to pick up the two points on offer.