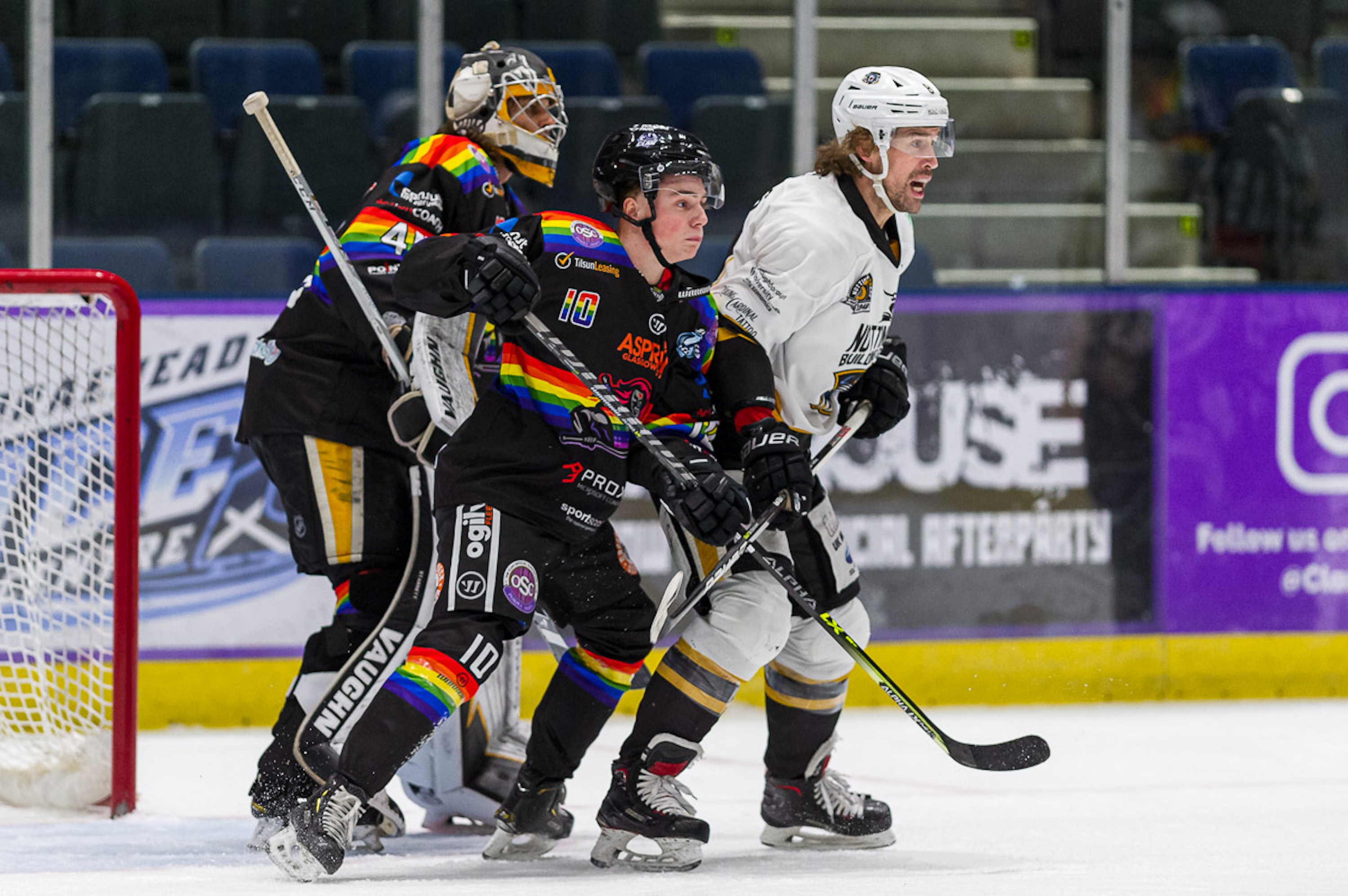 The Nottingham Panthers staged another comeback victory, their fourth in a row, on Friday night to get their three-in-three north of the border off to the perfect start.

A goalless first period saw the teams exchange powerplay opportunities but both defences & netminders were in stubborn form to make sure there were no breakthroughs.

Mathieu Roy (31.34) gave the hosts the lead midway through the game but Christophe Boivin (34.27) answered back for the Panthers on the powerplay, after a great cross-ice pass by Jeremy Welsh.

Glasgow ended the period with the momentum though as Guillaume Gauthier (37.57) converted on an odd man rush to send the Panthers into the final period trailing by one.

Mathieu Tousignant (44.40) picked up his own rebound to draw Nottingham level early in the third frame and 28 seconds later Jeremy Welsh put the visitors ahead with a smart finish in front of Starrett.

Robbie Baillargeon (53.24) continued his recent fine form in front of goal to give the Panthers some breathing room, the forward being the first to a rebound off of the end boards and overpowering Starrett who seemingly had all of his angles covered, before Matthew Myers (59.14) scored into the empty net, Kevin Domingue picking up his first point since returning from injury on the play, to seal the two Premier Sports Elite League points on offer.