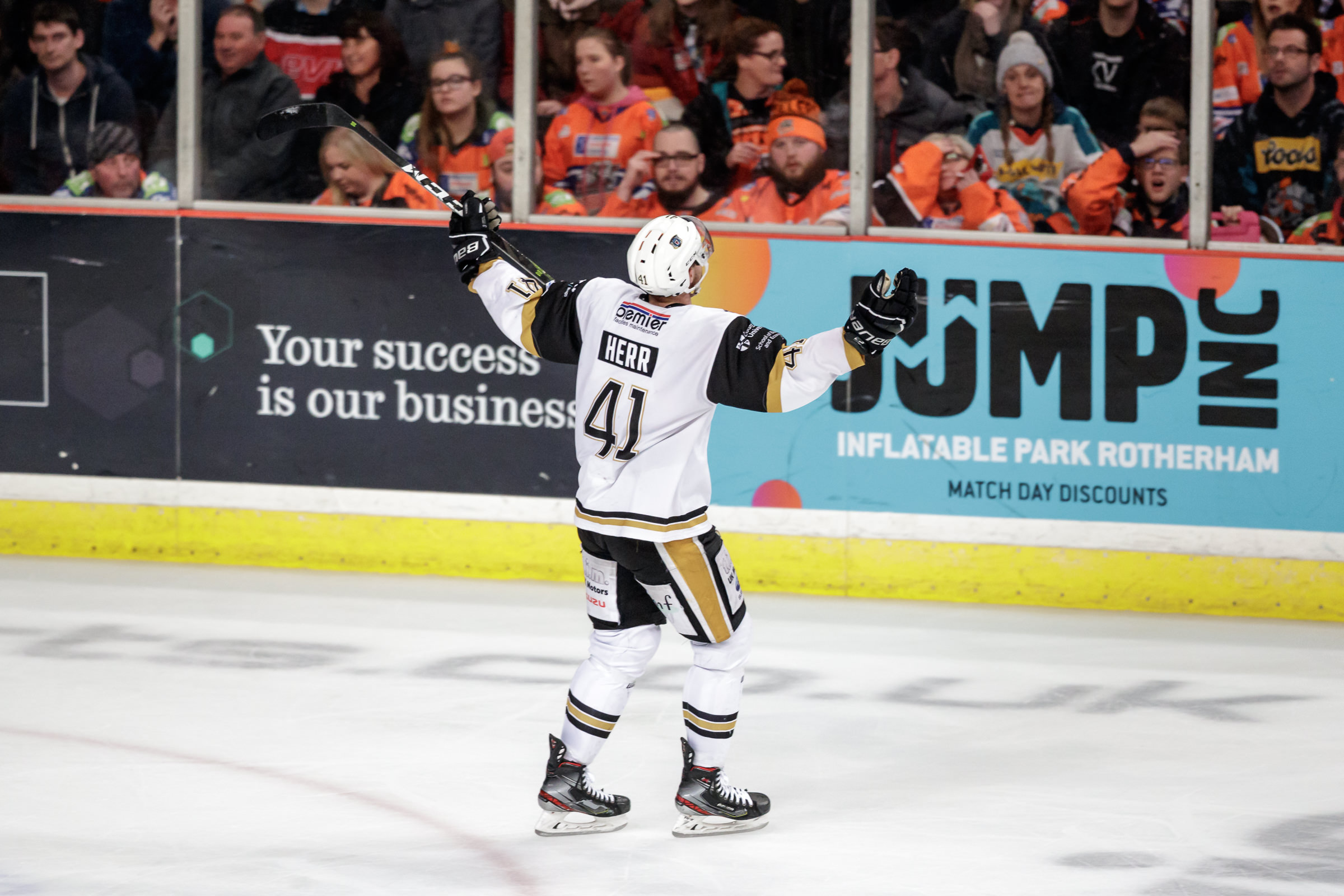 The Nottingham Panthers and Sheffield Steelers clashed once again just 24 hours after their New Year's Eve encounter, this time at the FLYDSA Arena in Sheffield.

Kevin Carr, Nottingham, and Tomas Duba, Sheffield, once again got the start in goal for their respective teams.

Jake Hansen, Dylan Malmquist and Sam went to work early for the Panthers, pinning the Steelers in their own zone inside the first minute and forcing Duba into a good low save.

Mark Matheson was next to test the Steelers' netminder, gliding into the zone before cutting inside and firing on goal only to see his effort saved and held.

Carr made his first save of the game just before the five minute mark and then, with the Panthers' netminder caught out of position, Malmquist was on hand to make a goal line clearance and prevent the Steelers from taking the lead.

Sheffield killed a penalty to Brocklehurst (7.22) but the Panthers continued to press with Malmquist, Herr and Golovkovs testing Duba.

Nottingham had to kill a penalty of their own to Jake Hansen (16.55) and the teams went into the first intermission tied at zero.

Just 38 seconds into the second period the Panthers took the lead. Sam Herr finding Jake Hansen streaking to the goal unopposed and calmly going from his forehand to his backhand before sliding the puck through the wickets of Duba.

Carr had to save a two-on-one opportunity and then the Panthers went onto their second powerplay of the game. Just before the man advantage came to a close Captain Sam Herr (24.47) picked up the puck in the high-slot and his shot, taking a deflection on the way through, eluded Duba to extend the Panthers' lead to two.

Sheffield drew a powerplay of their own as looked to respond but Carr denied their best opportunity, standing tall to keep out Anthony DeLuca's snaphot before the visitors returned to full strength.

Ryan Horvat hit the post with a heavy wristshot and the Panthers had to kill a penalty to Jullian Talbot (36.16) before the period came to a close, Carr denying DeLuca and Duba stopping Jake Hansen on the breakaway, and Nottingham went into the second intermission holding a two-goal lead.

A physical start to the third period saw neither side create any clear scoring opportunities until Herr (47.38) broke in two-on-one with Malmquist only to be denied by Duba when he opted to shoot rather than pass.

Nottingham squandered 1.43 of five-on-three powerplay time and then both netminders took starring roles. Carr denying Hrabel's one-timer and Duba shutting the door on a Herr breakaway before making an awkward save on a wrist shot from Fick that knuckled towards goal.

DeLuca (52.24) was sent to the box, after cross-checking Brian Connelly who had expertly stripped him of the puck, but it was the Steelers who got the game's next goal short-handed, Marek Troncinsky (53.43) applying the finishing touch in close.

Sandstrom hit the post for the home side and inside the last two minutes they tied the game. Tanner Eberle (58.17) finishing from a near impossible angle to send Panthers' hearts racing as the game went to overtime.

Ben O'Connor got caught behind the Panthers' goal and Captain Sam Herr (62.49) ripped a shot beyond Duba, with the Panthers enjoying the freedom of the Steelers' zone on a three-on-two break-in, to seal the extra point and a win for The Nottingham Panthers.