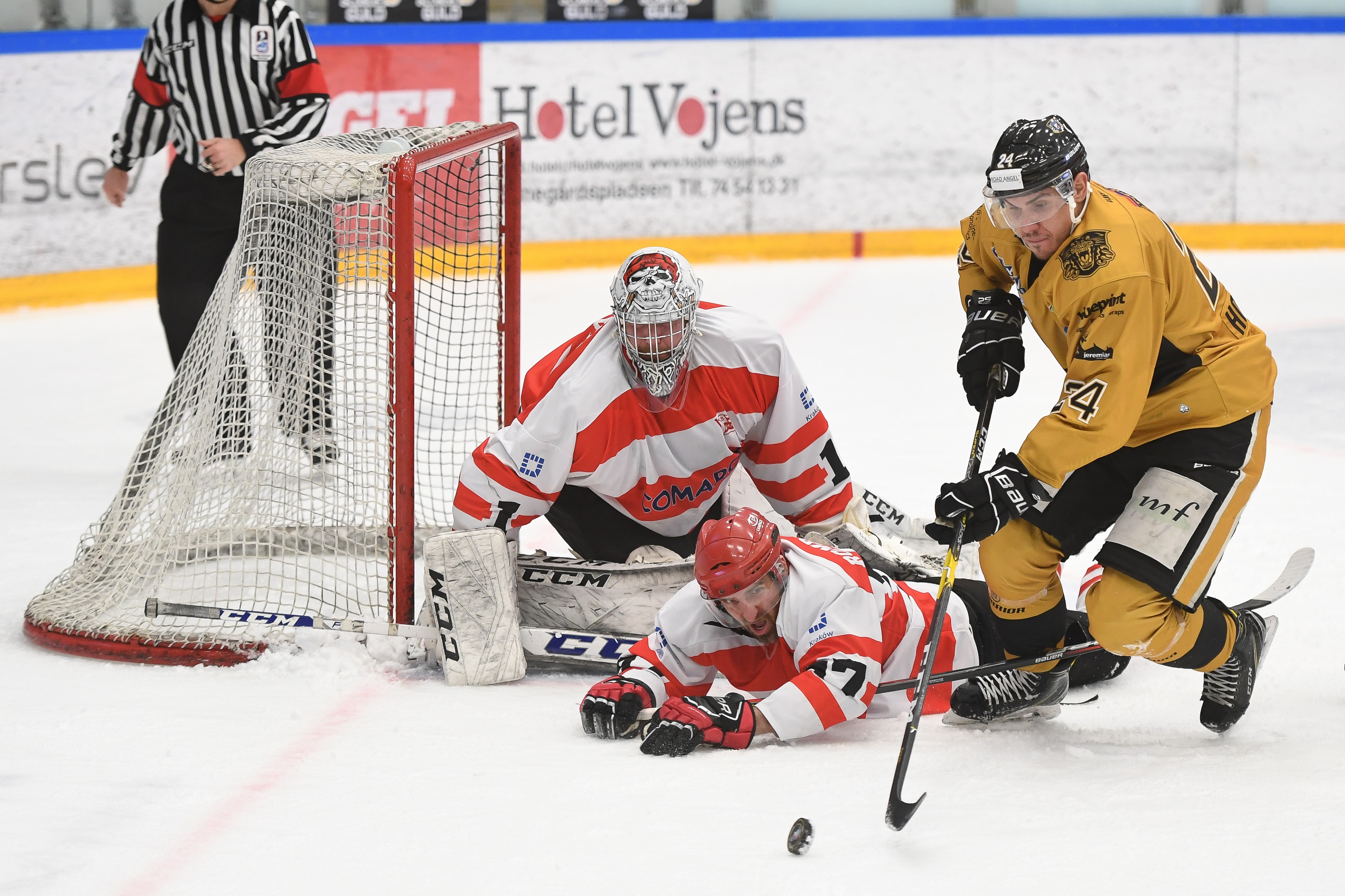 THE NOTTINGHAM Panthers returned to Continental Cup action on Saturday afternoon when they took on Polish side Cracovia Krakow in a do or die game for both sides.

Kevin Carr got the start in goal for the Panthers opposite former Coventry Blaze netminder Miroslav Kopriva.

Jullian Talbot fired a grade A opportunity over the bar inside the first three minutes before Krakow took play down the ice and took the lead, Damian Kapica (3.26) finding the smallest of gaps at Carr's near post.

Nottingham pushed for an equaliser with Horvat, Fick and Hansen all coming close but couldn't find a way through Kopriva and their momentum was halted when Sam Herr (14.18) was sent to the penalty box for moving the netminder's stick out of the crease after he had dropped it.

Carr made a good save with his right pad, the Polish side got a good shooting chance in close, but he could do nothing about Michal Vachovec's (15.56) wicked wrist shot from the right wing face-off circle and Krakow took a two goal lead into the first intermission.

With Jon Rheault in the box for high-sticking (21.35), on a call made some time after the Panthers had gained possession and Rheault himself had a shot on goal, Krakow took firm control of the game. Former Sheffield Steeler Jiri Gula (21.47) shooting through traffic and finding the back of the net after a defelction in front of Carr.

Danny Fick delivered a nice hit along the boards and Ollie Betteridge drew a powerplay opportunity with good work down below the goal line.

Krakow killed the penalty but the Panthers continued to press and Jake Hansen (27.19) found the back of Kopriva's goal with a bullet of a one-timer from the right wing face-off circle.

Nottingham continued to push for goals as the period wore on with Betteridge, Horvat and Rheault all coming close but having no luck in front of Kopriva.

Jake Hansen had a chance to double his tally late in the period, after a great defensive play denied Krakow a shot on goal, but was denied by his former Blaze teammate and the Panthers went into the second intermission trailing by two goals.

Sam Herr (40.00) picked up a slashing penalty on the hooter at the end of the second period and the Panthers killed the Krakow powerplay to begin the third.

Jullian Talbot (50.45) pulled the Panthers back within one on the powerplay when he picked up a rebound in the slot and beat Kopriva on the backhand.

Nottingham had to kill a penalty to Ollie Betteridge before they got another powerplay of their own. On that powerplay Sam Herr (55.25) defelcted Mark Matheson's slap pass beyond Korpiva to bring the travelling Panthers Nation to their feet and tie the game at three.

Needing three points to stay alive on the final day Krakow pulled their netminder and Sam Herr scored his second of the game into the empty net, with just 0.3 seconds remaining, to seal three points for The Nottingham Panthers.