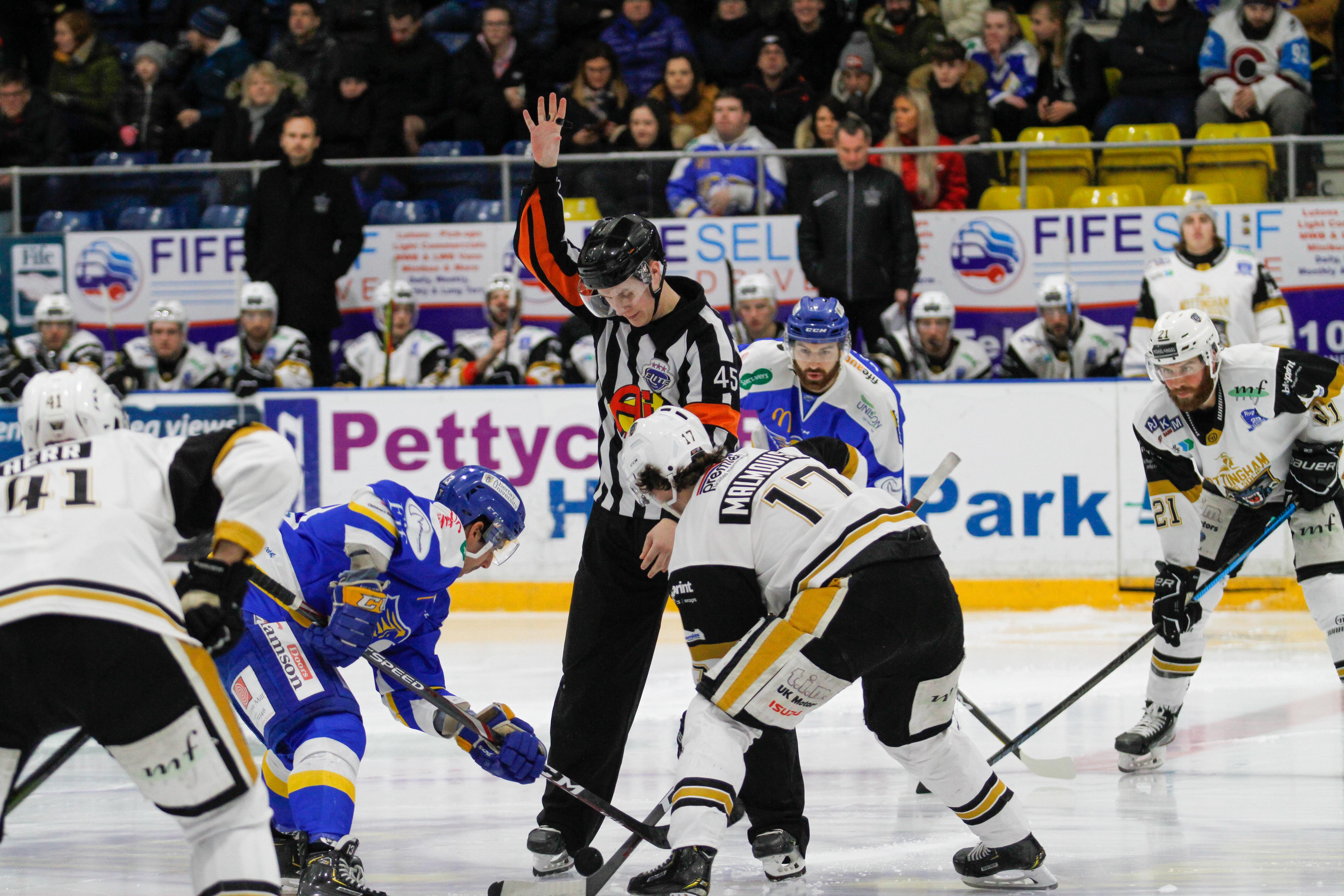 THE NOTTINGHAM Panthers made the long trip north to Kirkcaldy to take on the Fife Flyers on Sunday evening as they looked to build on their overtime win over the Clan on Thursday night.

Kevin Carr got the start in goal for the Panthers opposite Adam Morrison for the Flyers.

It was a nightmare start for the Panthers as Jordan Buesa (2.00) gave the home side an early lead, the young Scot taking advantage of a turnover in the Panthers' defensive zone and beating Carr in close.

Things got even better for Fife when Carlo Finucci (7.19) saw his shot take a deflection up and over Carr before crossing the line to make it 2-0 in favour of the hosts.

Georgs Golovkovs (9.13) pulled the Panthers back into the game when he picked the puck up on the blue line, powered into the slot and unleashed a wicked wrist shot that beat Morrison high on the glove side to get Nottingham on the board and cut the two goal deficit in half.

The teams traded chances throughout the remainder of the period, Ollie Betteridge forcing Morrison into a good pad save before James Livingston kept Carr honest at his near post, but it was the home side who went into the first intermission leading by one.

Brett Perlini hit the post to start the second period before Nottingham had to kill three successive Fife powerplay's to keep the deficit at one.

Battling for momentum due to the amount of time spent short-handed the Panthers then drew a powerplay opportunity of their own and they took advantage. Georgs Golovkovs blasting a slap shot over the bar only for a fortunate bounce to land on the stick of Perlini (37.16) who, at the side of the goal, swept the puck over the line and into the back of the net and the teams went into the second intermission tied at two.

Perlini almost got his second of the game to begin the third period, the glove of Morrison denying the GB international.

Not to be outdone Carr made a flashy glove save of his own as the Flyers made a rare venture into the Panthers' zone and then Hansen forced Morrison into a good save with his right pad, the Panthers' forward shooting from the left wing face-off circle after exchanging passes with Danny Fick.

Dylan Malmquist and Ryan Horvat almost combined for a powerplay goal at the midway point of the period only for the puck to take a bobble over the stick of Horvat at the critical moment on the doorstep.

Herr, Talbot and Hansen all almost got winners for the Panthers but found Morrison in stubborn form before Carr had to be at his best to keep out Finucci as the game went into it's final stretch.

With the clock winding down in the period, and overtime looking a certainty, Brett Perlini won a face-off clean as a whistle in the Flyers' zone and Brian Connelly (59.43) fired a shot through traffic that eluded Morrison and secured two Elite League points for The Nottingham Panthers.