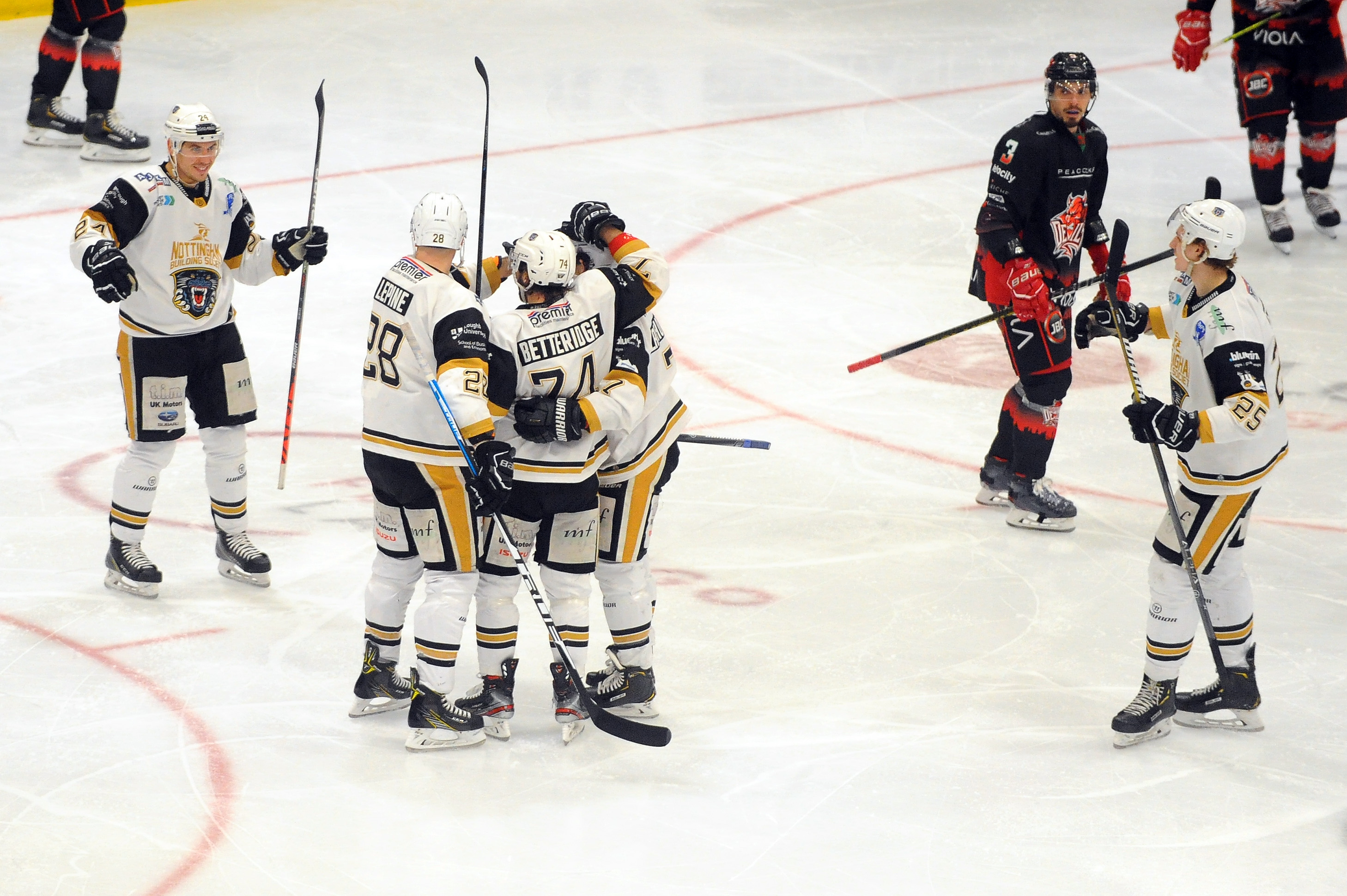 THE NOTTINGHAM Panthers made the journey to South Wales on Wednesday night to take on the Cardiff Devils in the first leg of the Challenge Cup Semifinal ahead of next Wednesday's return fixture at the Motorpoint Arena in Nottingham.

​Kevin Carr, Nottingham, and Ben Bowns, Cardiff, got the start in goal for their respective sides.

The Devils' netminder had to be alert early on to deny Jake Hansen early on but when the home side went to their first powerplay of the night (7.10) they took the lead. Joey Haddad (7.59) walking in from the boards and firing high over the glove of Carr.

Danny Fick hit the post in response and the Panthers went on to two powerplays of their own, including nine seconds with a two-man advantage, but couldn't find a way through the Cardiff penalty kill units and, after the Devils hit a post of their own, the visitors went into the first intermission trailing by one goal.

Just over two minutes into the second period the Panthers were level when Bowns couldn't hold onto Ryan Horvat's shot from a tight angle, the rebound falling to Ollie Betteridge (22.10) in the slot who fired the puck into the back of the Devils' goal.

Things got better for the Panthers when Jake Hansen (27.05) got on the end of Brian Connelly's route one pass, the forward hammering a slapshot into the roof of Bowns' goal.

A little over a minute later the Panthers had a two goal lead when Josh Tetlow sprang Brett Perlini (28.19), with a tremendous stretch pass, who beat GB teammate Bowns through the five-hole with a cool backhand finish to make it a 1-3 scoreline.

Matheson, Betteridge and Herr all came close to adding a fourth for the Panthers but it was Carr who took a starring role inside the last five minutes. The Panthers' netminder tracking multiple shots through traffic without giving up any rebounds to see his side into the second intermission with a two-goal lead.

Cardiff stormed out of the gates in the third period to score two goals in the space of four minutes to tie the game up, Masi Marjamaki (41.20) and Joey Martin (43.34) hitting the back of the net and forcing Head Coach Tim Wallace into using his time-out.

Ryan Horvat and Josh Batch were both sent to the box on roughing minors after an altercation near the benches and no sooner had they both stepped back onto the ice than the Panthers were back in the lead. Ollie Betteridge (48.13) turning on the jets in the neutral zone and overpowering Bowns with a wrist shot from the right wing.

Just over two minutes later Cardiff tied the game up once again, Blair Riley (50.26) showing his quality with a good finish in tight on Carr, and less than a minute later they took the lead through Matt Pope (52.12).

Nottingham squandered two powerplay opportunities as the period ticked down but with 1.06 remaining Jullian Talbot, after great patience on the blue line from Gui Lepine to wait for a shooting lane to open up, was on hand to deposit a rebound beyond Bowns to tie the game at five.

There was no further scoring and Talbot's late goal leaves it all to play for next Wednesday night when the teams meet for the second leg of the Semifinal inside the Motorpoint Arena in Nottingham.