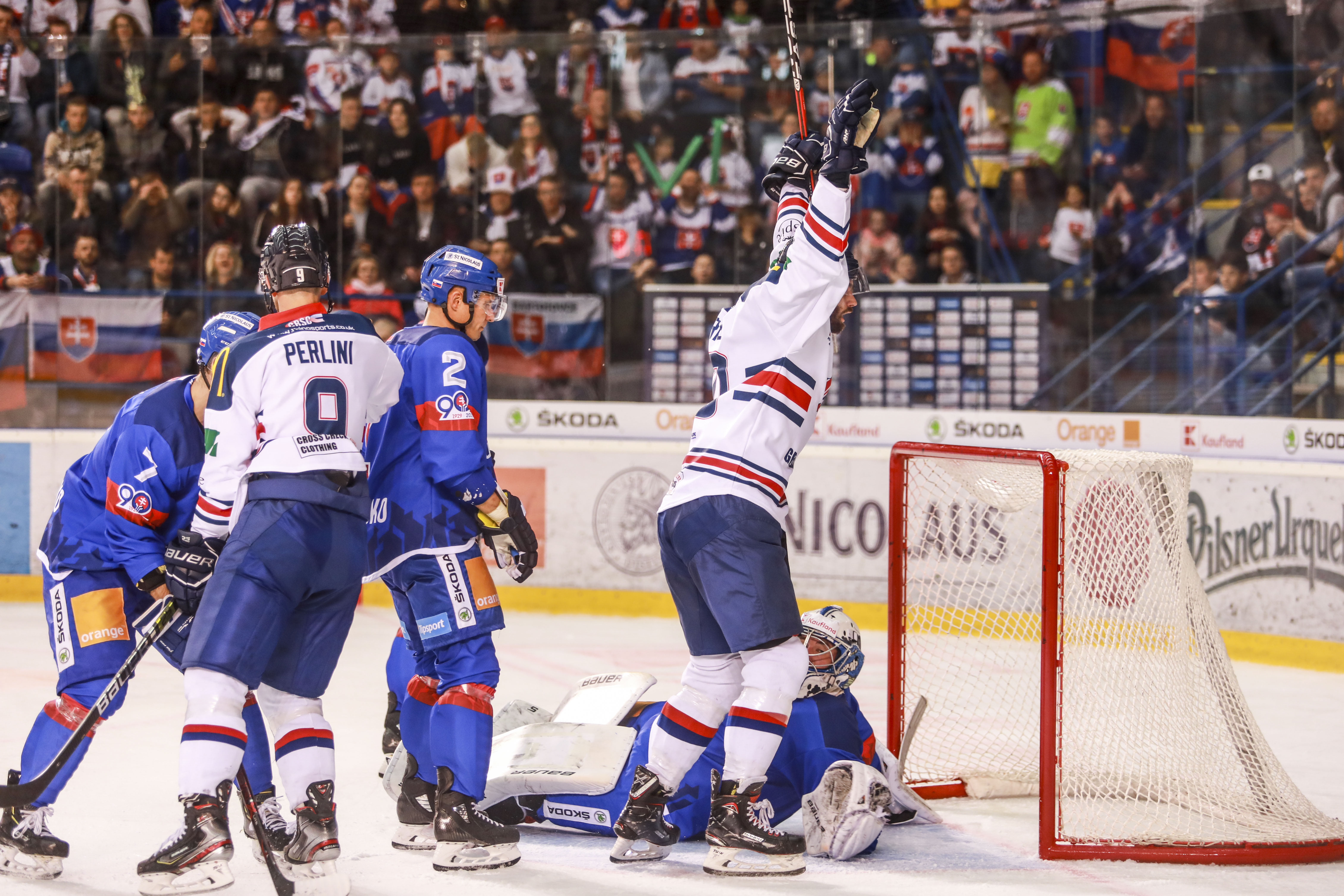 Great Britain were beaten 6-1 by Slovakia in Poprad in their final warm-up game ahead of next weekend's World Championship.

Peter Russell's side produced a spirited performance against the side ranked 10th in the world, with Robert Farmer on target for GB in the second period.

The hosts had the early pressure and Ben Bowns made two good stops from close range, before Slovakia took the lead just before the midway point of the first period.

Tomáš Zigo's shot through traffic was deflected past Bowns at 9:33 to the delight of the packed home crowd.

GB found their rhythm the longer the period went on and Ben Lake and Farmer were both denied by Marek Ciliak.

GB closed the gap on the powerplay when Farmer bundled in a rebound after Colin Shields saw his shot saved (34:39).

But Slovakia increased their lead 72 seconds later through Matus Sukel's rebound (35:51) and Róbert Lantosi made it 4-1 at 39:16 (powerplay) - again after Bowns had made the initial save.

Perlini and Farmer both just failed to force the puck home on the doorstep, but Slovakia scored their fifth thanks to Martin Marincin's blast from right point at 45:25 (powerplay).

The home side wrapped the game up through Adam Liska's neat top-shelf finish in the slot after a swift move up the ice (48:49).

GB will now continue their training camp at their base in Michalovce, before moving to Kosice on Thursday ahead of Saturday's opening game in the World Championship against Germany.