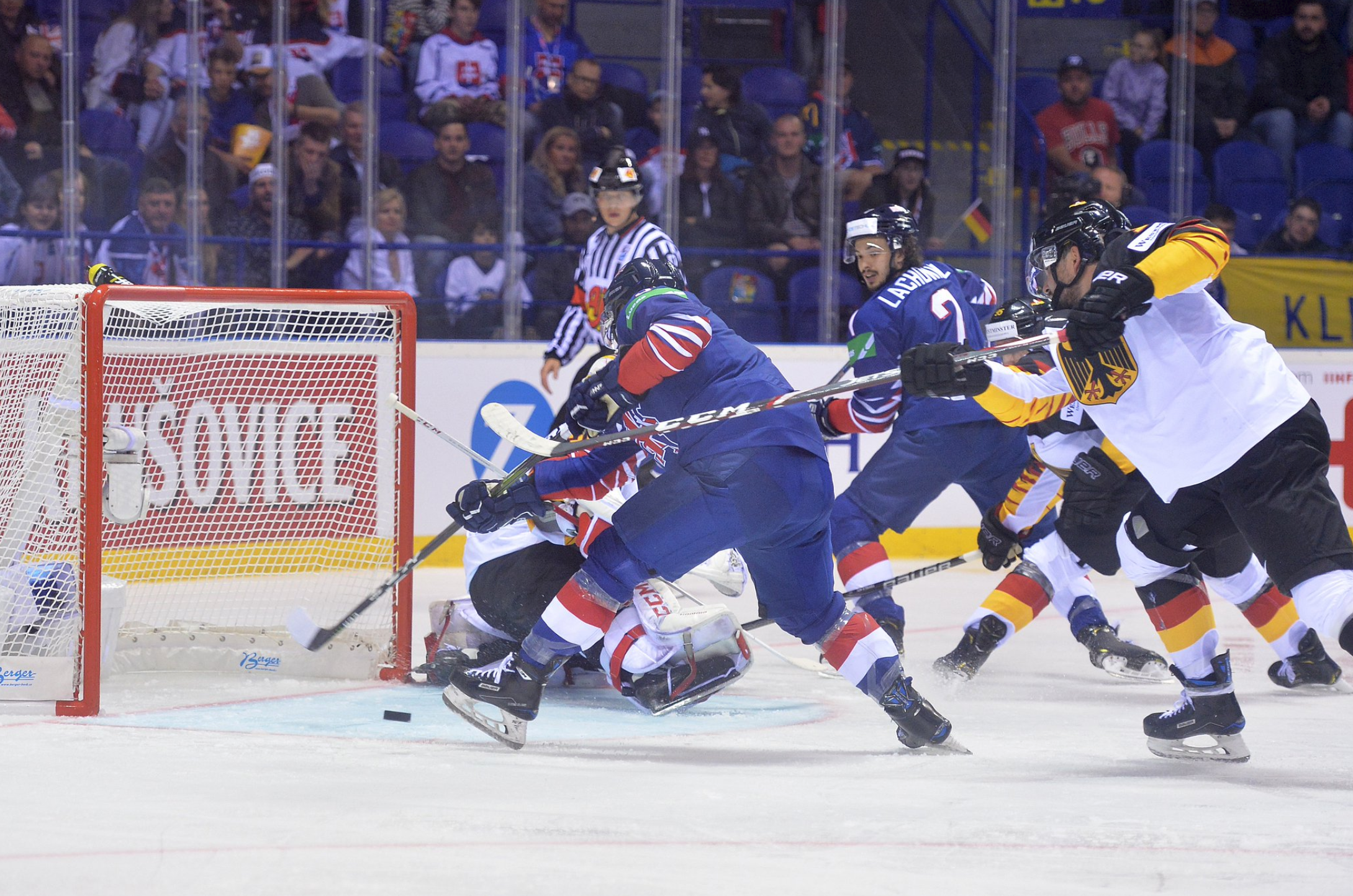 Great Britain were beaten 3-1 by Germany on their return to the elite level of the World Championship in Kosice, Slovakia.

After Mike Hammond had levelled the game in the third period, Germany scored two quick-fire goals to secure the three points.

Robert Lachowicz won his 50th cap while there were debuts for Tim Billingsley and Ben Lake as they were named on Pete Russell’s 22-man starting roster.

Ben Davies had the game’s first chance before Ben Bowns had to be at his best for a double stop from close range.

Ben O’Connor went close on a GB powerplay, while Evan Mosey was denied from just out in front thanks to a great save from Mathias Niderberger.

GB made a positive start to the session session with Liam Kirk creating two great openings and Robert Lachowicz saw his shot flash through the crease.

Germany took the lead with the period coming to a close. After a goalmouth scramble in front of Bowns, the puck came to Moritz Seider to score from the right circle (39:21).

GB equalised early in period three as Hammond capitalised on a turnover behind the Germany net and fired low under Niderberger (43:36).

Germany hit the bar midway through the session but regained the lead on the powerplay with Yasin Ehliz converting on the rebound (50:39), while Leon Draisaitl, who recorded 105 points (50 goals & 55 that saw him finish fourth in the point scoring charts) for the NHL's Edmonton Oilers in the 18-19 regular season, finished off a swift move up the ice (52:03) to seal the game for Germany.