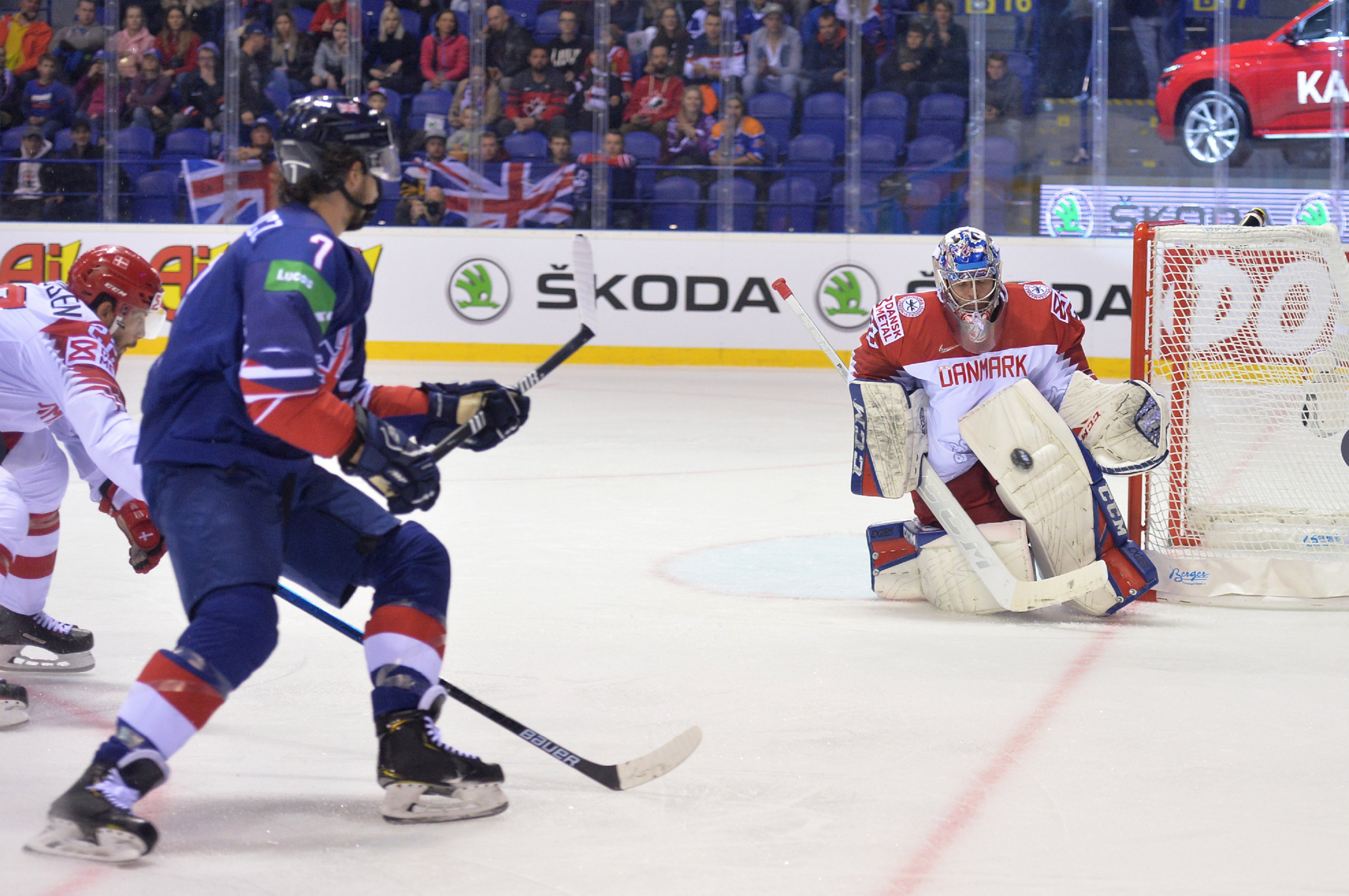 Great Britain’s third game at the World Championship in Slovakia ended in defeat as they were beaten 9-0 by Denmark.

The Danes, ranked 12th in the world, hit GB with a three-goal first period and five in the second session to secure the three points.

Jesper Jensen finished off a well-worked move on the doorstep on a five-on-three powerplay (8:49) and from the resulting one-man advantage, Mathias Bau fired a neat shot across Ben Bowns (9:37).

Morten Poulsen made it 3-0 at 12:11 as he scored short side from the left circle, while GB had good chances through Ben O’Connor and Matthew Myers.

The Danes scored 58 seconds into the second period thanks to Phillip Bruggisser and GB replaced Bowns with Jackson Whistle, who immediately made a fantastic pad save from Frederik Storm on a two-on-one short-handed break.

Robert Lachowicz hit the side-netting and moments later Denmark broke at speed with Nicklas Jensen adding his second with a neat backhand shot (31:00), before Poulsen found space close-in left-hand side to score his second and Denmark’s eighth at 35:44.

Colin Shields went close before Denmark scored their ninth – and Poulsen completed his hat-trick – as he broke away short-handed, while GB had a late goal disallowed for a high stick.

Captain, Jonathan Phillips, said: “We weren’t good tonight that is the bottom line. We know we can do much, much better.

“We have to accept that the performance we put in was not acceptable, but we can move on quickly from this.

“We have a big game coming up tomorrow so the important thing is to not dwell on it and put it to the back of our minds.”