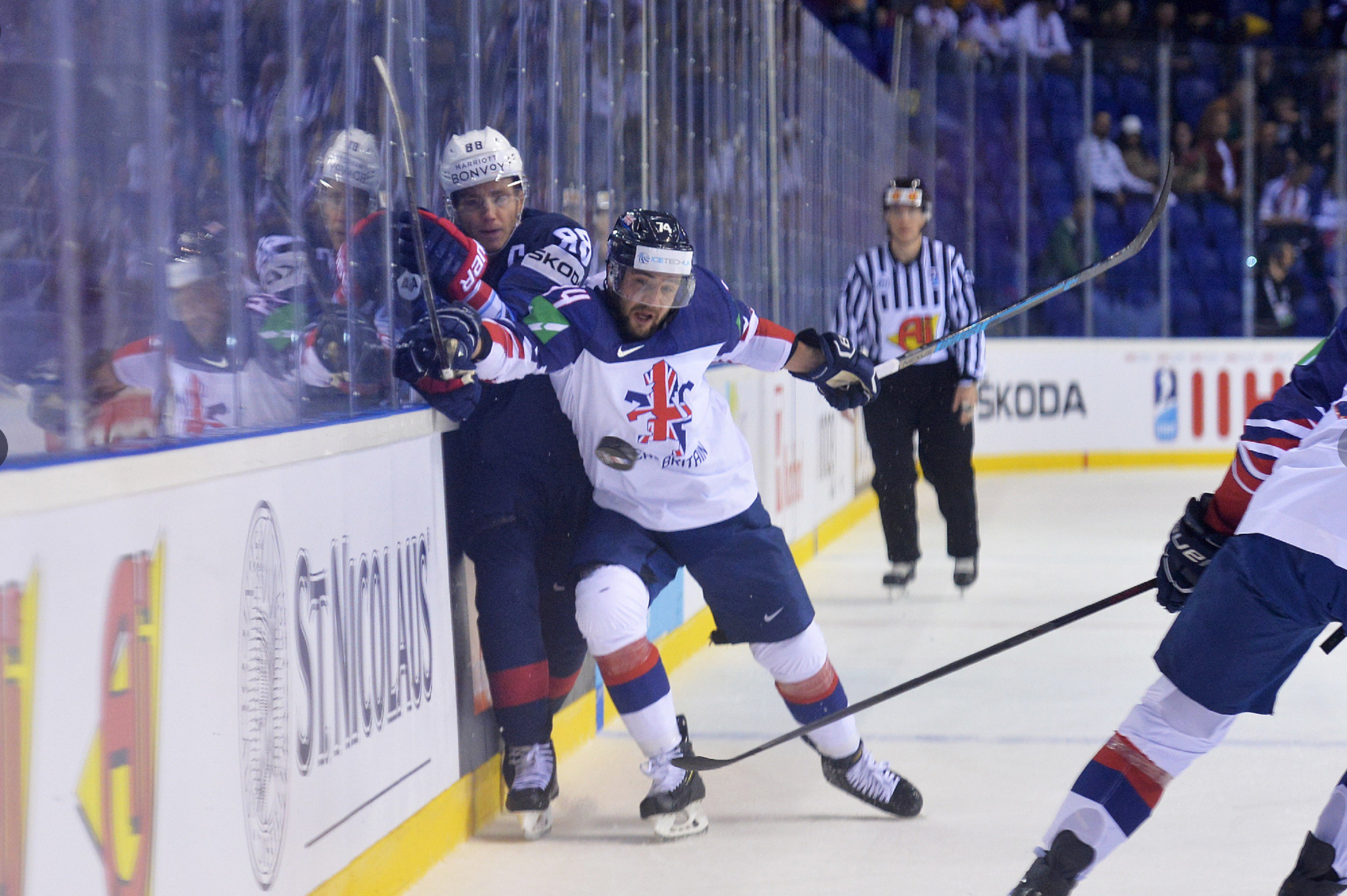 Great Britain produced a memorable performance against the USA before eventually losing 6-3 in their fourth game at the World Championship in Kosice.

GB, ranked 22nd in the world, were level at 1-1 with the world’s fourth seeds at the midway point in this enthralling encounter.

Mike Hammond, Brett Perlini and Ben Davies were on target in a game that will have underlined GB’s belief that they can compete at this level.

Ben Bowns made a good pad save from Dylan Larkin inside the opening 15 seconds, before GB created some real pressure with a number of good chances.

Ben O’Connor and Evan Mosey went close on the same shift, while Ollie Betteridge saw his shot from the right wing saved and Ben Davies’ clever attempt out of mid-air went just wide.

Perlini was then denied twice by Thatcher Demko but USA took the lead on the powerplay, as James van Riemsdyk bundled the puck over the line with assists going to Patrick Kane and Ryan Suter (12:28).

GB got the goal their first-period pressure deserved as Hammond scored his second of the tournament when he put away his own rebound following Davie Phillips’ pass (15:08).

USA had a goal ruled out for a high stick but they regained their lead on the powerplay at 29:07 , as Clayton Keller broke into the zone and beat Bowns with a neat finish.

Bowns had to be at his best to save Kane’s shot from the left circle, but USA scored their third through Chris Kreider from close range (31:20).

Ben Lake, Matthew Myers and Davies all went close on the same shift and then Hammond and Robert Farmer had chances moments later, before Alex Debrincat scored USA’s fourth with a instinctive shot from the slot (37:54).

Perlini jumped onto a loose puck in the closing stages of the second period and fired low past Demko for GB’s second (39:54).

USA netted their fifth through’s Kane’s shot from close range after a goalmouth scramble (41:00) and that was added to by Derek Ryan’s backhand shot (49:10).

Ben Davies broke away and found space to score with a brilliant top-shelf finish (56:28), while Bowns produced a world-class save to deny USA a seventh.