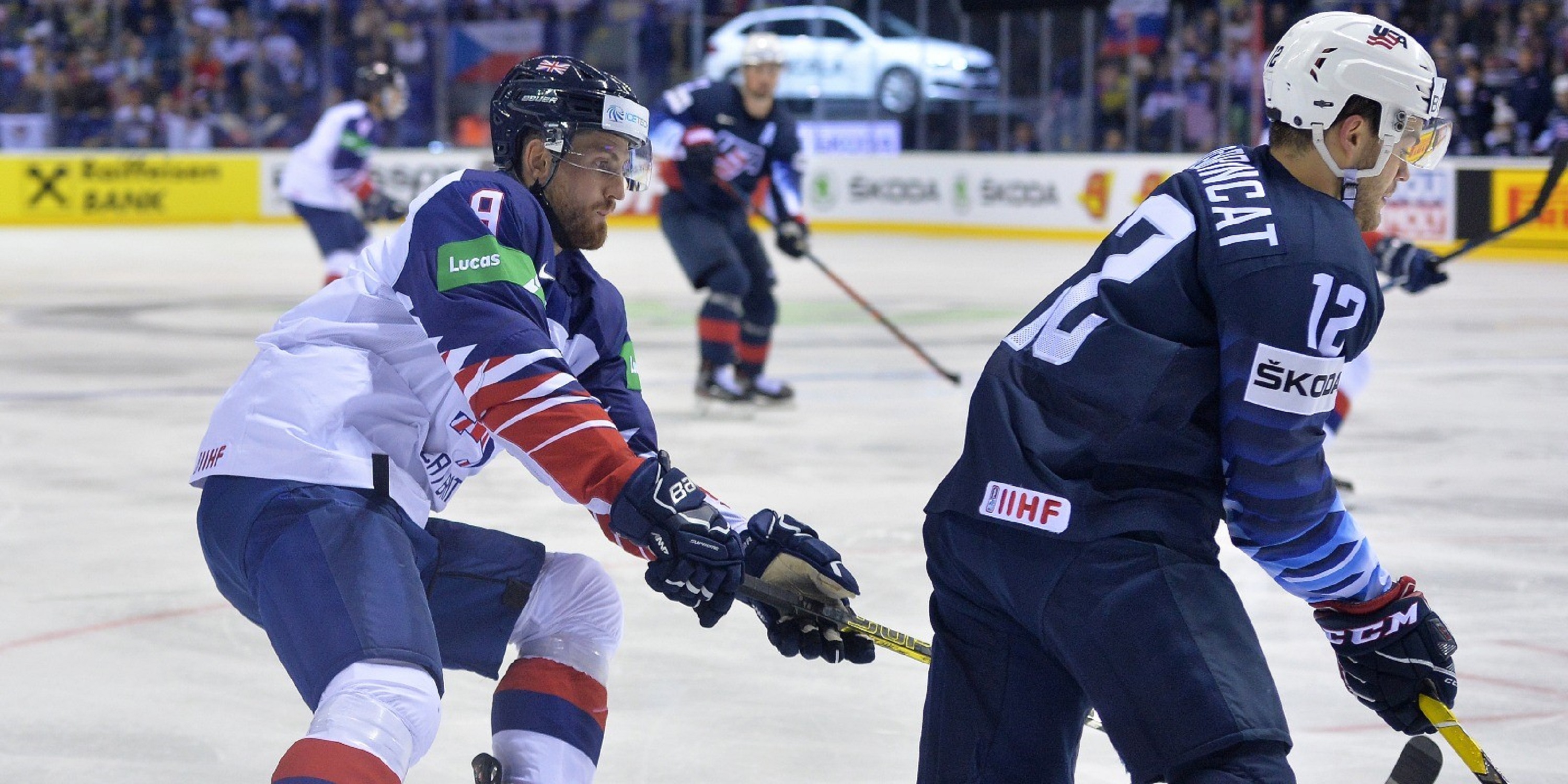 Forward Brett Perlini says Great Britain's performance in their 6-3 defeat by USA at the World Championship shows they can compete at the top level.

After James van Riemsdyk put the USA ahead, Mike Hammond scored for GB in the first period and the two sides then stayed level until the midway point of the game.

USA scored three third-period goals and two in the final session, but GB always kept in touch with goals from Brett Perlini and Ben Davies.

"That was a lot of fun out there and we gave a really good account of ourselves," said Perlini.

"We were disappointed with what happened against Denmark and we knew we could do better.

"But tonight I felt we showed everybody what we are about. Everyone worked their socks off."

GB are ranked 22nd in the world and the USA fourth - and Perlini felt the performance bodes well for the rest of the tournament.

"That's what GB hockey is," said Perlini. "We sacrificed everything and gave it our all.

"We need to keep that standard going until the end of the tournament and it will give us a massive boost with some big games to come.

"We know we have to find a win to stay up but the confidence is good in the group and we are enjoying ourselves."