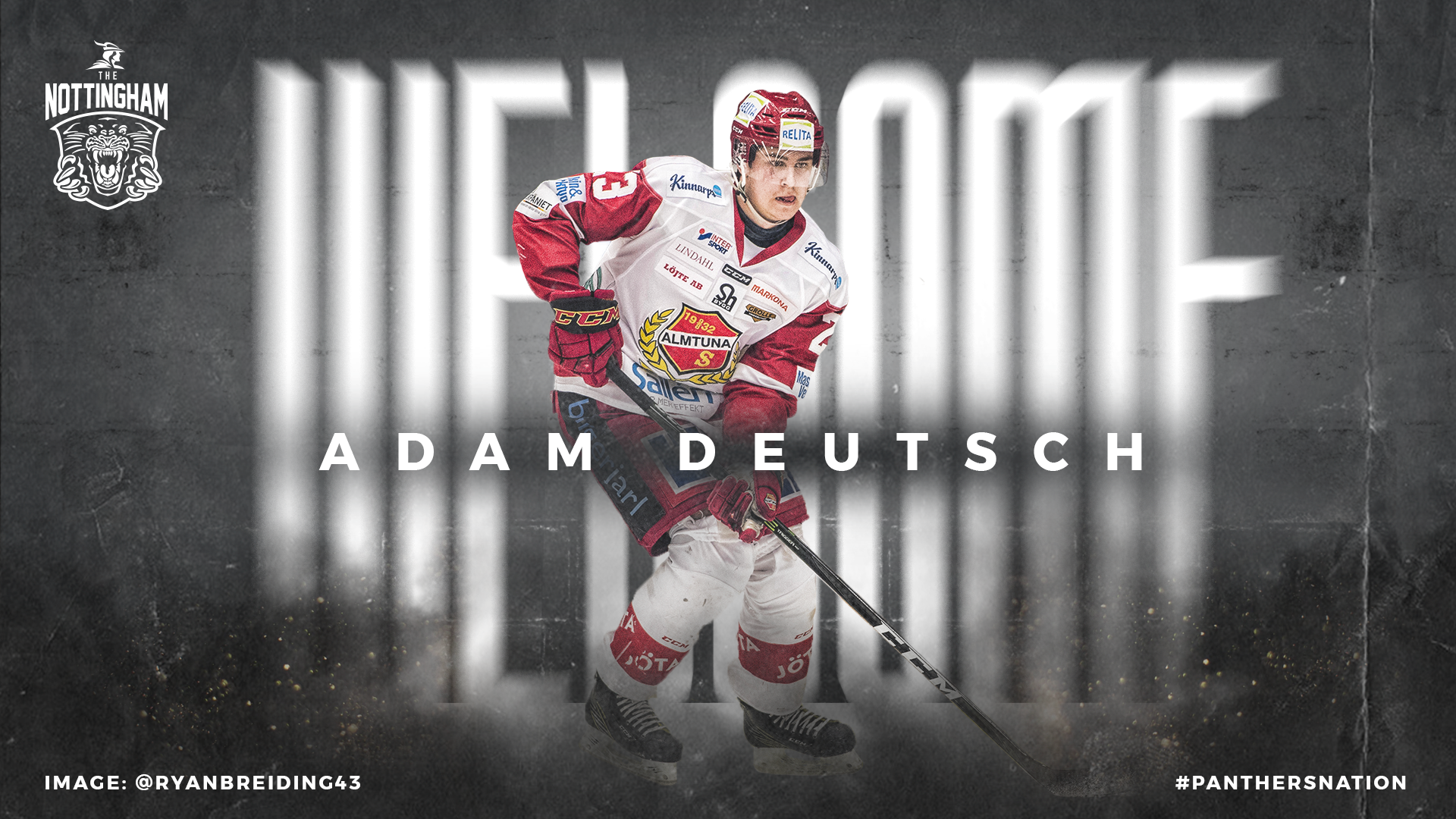 THE NOTTINGHAM Panthers are delighted to announce the signing of Swedish defenceman Adam Deutsch for the upcoming 2019-20 EIHL season.

At just 24 years of age the smooth-skating addition to the Panthers’ blueline already has experience in some of Europe’s top leagues, including 17 games in the highly ranked Swedish Hockey League (SHL) just last year where he was challenged with shutting down opposition team’s top lines.

Prior to returning to his homeland Adam played the better part of two seasons with Medvescak Zagreb, in the EBEL, a team he also played for when they were in the KHL, regarded as the world’s second best league behind only the NHL, in 2015-16.

Panthers’ Director of Hockey Gui Doucet thinks his latest signing will react well to both the challenge and the chance he’s getting with the Nottingham club:

“He’s a fast skater and technically very good. Along with coach Tim Wallace we’ve studied the tapes and we like everything we see. Adam’s never really been given a chance to shine but he’s going to be in the right place at the right time to do just that with the Panthers.

“We’ve heard great things about him, he has experience outside of his home country and we reckon this will be a good year for him and for us.”