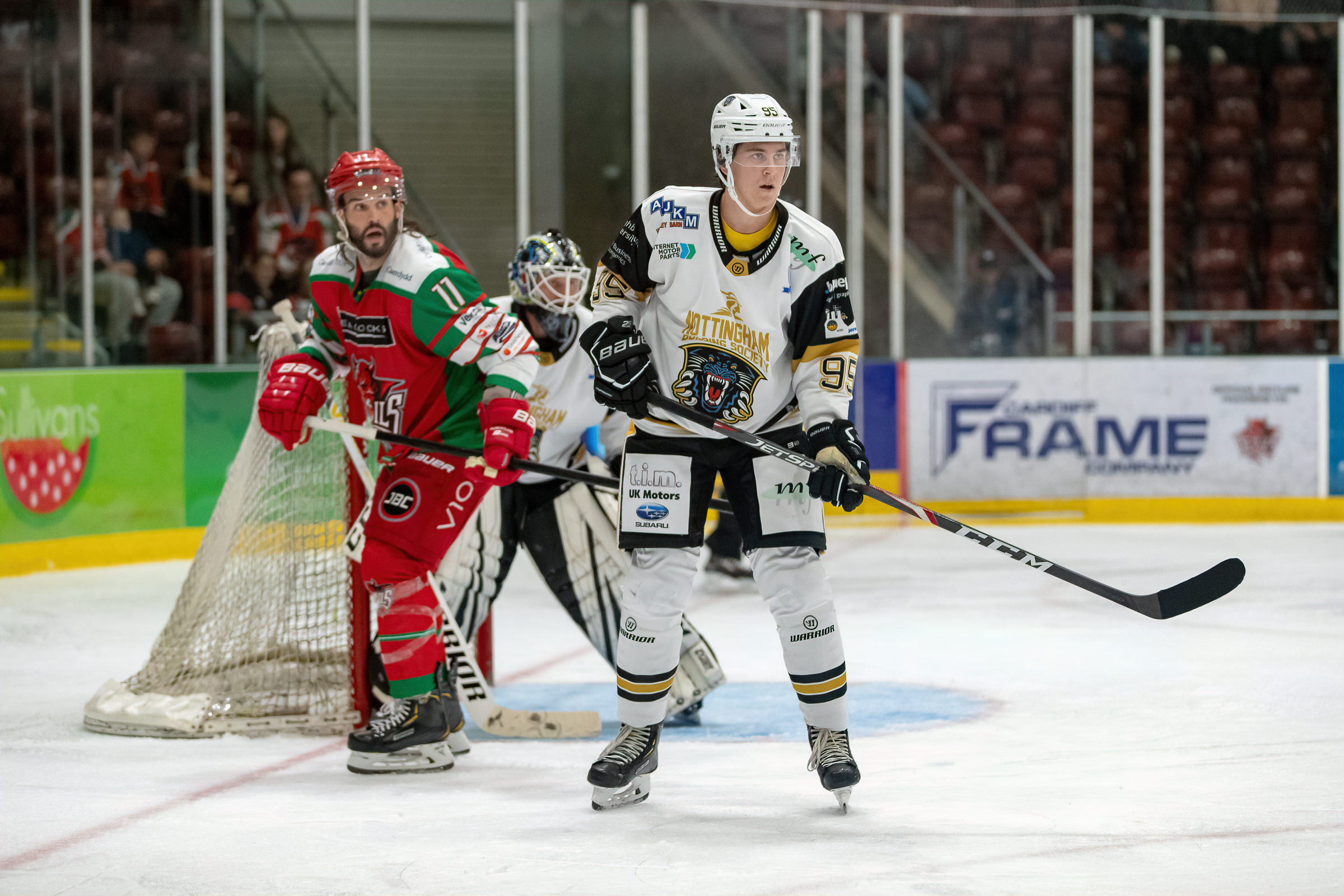 Two second period goals for the home side night saw THE NOTTINGHAM Panthers and Cardiff Devils split the pre-season series between the two teams after Sunday night's game in Cardiff Bay.

Kevin Carr got the start in goal for the Panthers once again opposite the returning Ben Bowns for the Devils.

Nottingham killed two early penalties to Brett Bulmer (2.40) and Josh Tetlow (9.56) and despite the home home side outshooting the Panthers 16-11 they couldn't find a way past Carr and the period ended with the teams deadlocked.

Cardiff got the opening goal of the game early in the second period when Sam Duggan (25.35) broke Carr's shut-out bid.

The Devils then doubled their lead just before the second intermission, Toms Rutkis (38.03) applying the finish touch to leave the Panthers needing a third period fightback.

Despite outshooting the Devils 7-17 in the final frame the Panthers couldn't find a way by GB international Bowns (38 saves) and the home side took the second game of the two-game pre-season series.