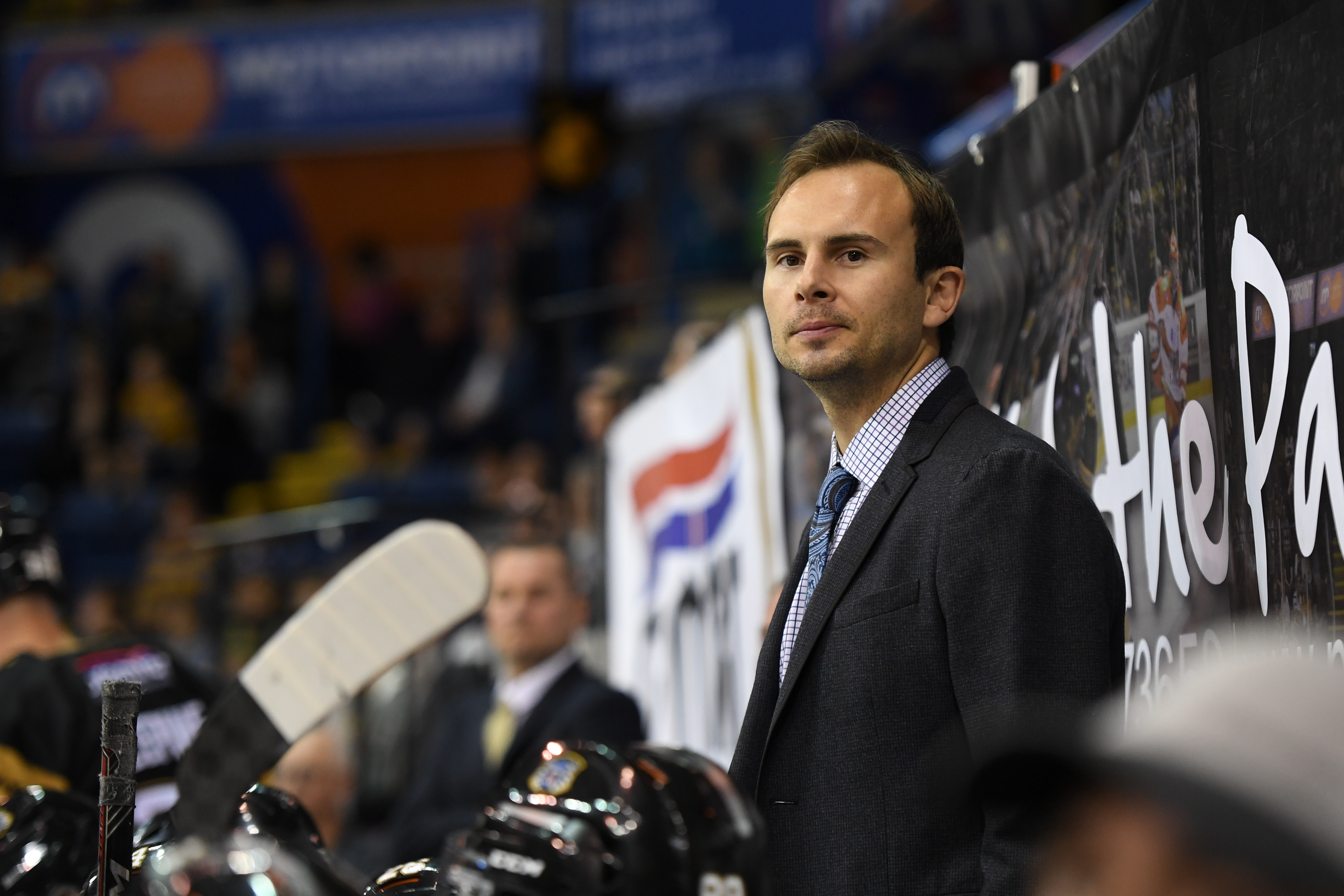 Head Coach of THE NOTTINGHAM Panthers' Tim Wallace spoke to Panthers Radio, with Xynomix, ahead of a huge weekend of Elite League action that sees the Panthers take on the second placed Glasgow Clan, on the road Friday at 7.30pm, and first placed Sheffield Steelers, inside the Motorpoint Arena Nottingham on Sunday at 4.00pm.

Tim looks ahead to both of those fixtures but also looks back on last weekend's games where an overtime loss to Sheffield and a 5-4 win over Manchester saw the Panthers pick up three points on the road.

He also speaks about the play of Dylan Malmquist and Brett Perlini, the impact Jullian Talbot has had on the team since his arrival and what it will be like to play in front of the home fans again after three weeks on the road.

Hear Tim through the image at the top of the page, the link in the Radio Buzz section or wherever you get your audio content by clicking here.

Meanwhile, with the team not having a game on Saturday night Josh Tetlow is set to get some valuable ice time with the Peterborough Phantoms in their game against the Bracknell Bees.

Director of Hockey Gui Doucet said: "We decided to loan Josh to Peterborough for Saturday as we don't play and with us having a healthy defence core he's had limited minutes so far this season.

We think it's best for his development as a hockey player to get ice time so he's going to go to Peterborough and play some real minutes on Saturday."