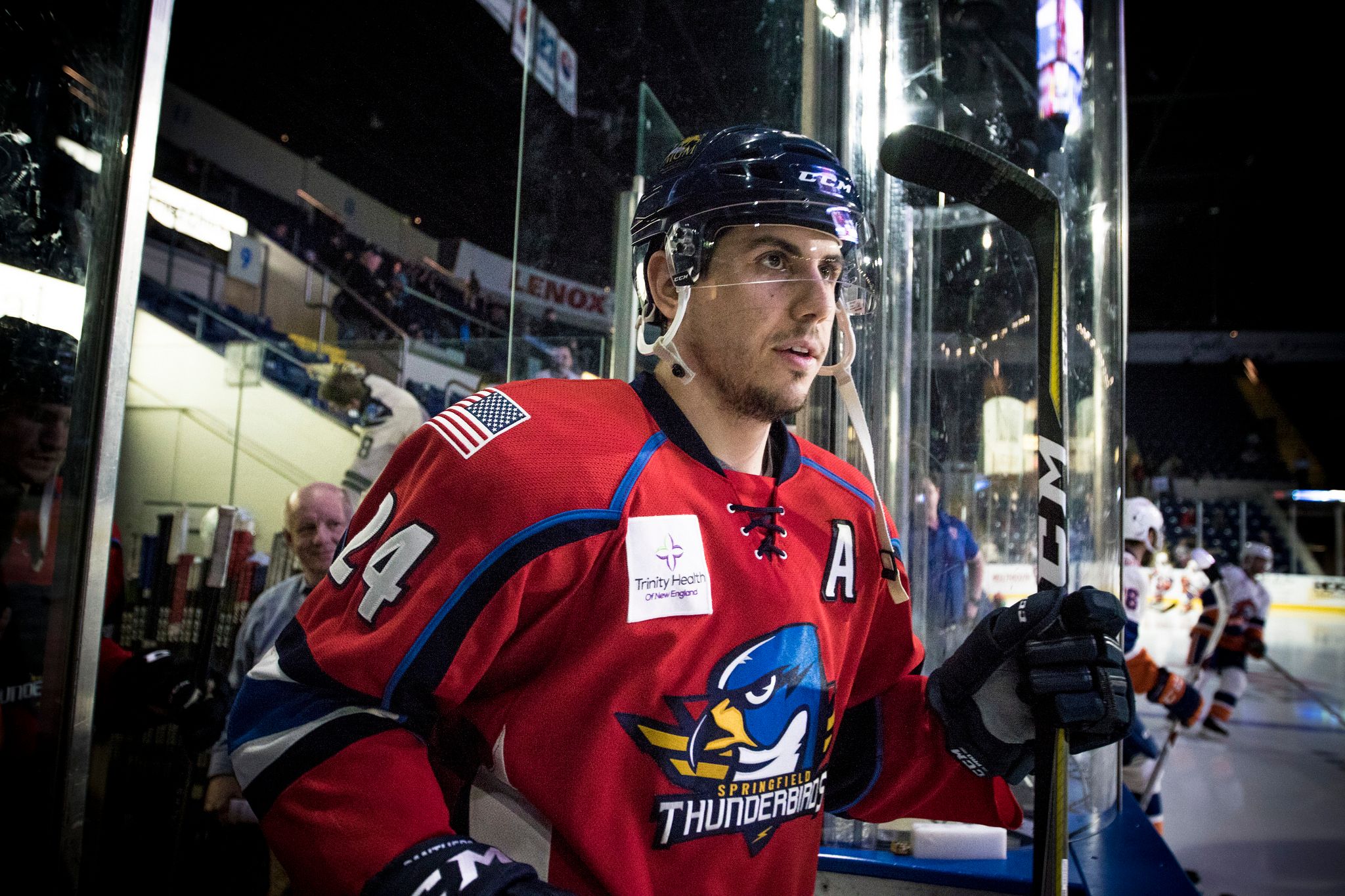 THE NOTTINGHAM Panthers are pleased to announce they have lined up 26-year old career AHLer Ryan Horvat.

With over 200 games in the OHL, with the Guelph Storm, and over 280 games in the AHL (where he averaged 0.28 points-per-game), split between the Manchester Monarchs, Ontario Reign, Spingfield Thunderbirds and Wilkes-Barre/Scranton Penguins, on his resume Ryan brings a wealth of experience to the roster at just 26 years of age.

The Simcoe, Ontario native joins the team from the Charlotte Checkers, of the AHL, where he has iced in seven games so far this season registering one assist and nine penalty minutes after picking up ten points (one goal, nine assists) and 69 penalty minutes in 41 games with Springfield in the 18-19 season.

Director of Hockey Gui Doucet said of his latest signing: “We’ve seen the impact Jake Hansen and Jullian Talbot have had on our team and we’re confident Ryan will add to what we’re building here.

“He’s a career AHLer and you don’t stick around at that level if you can’t skate and if you don’t compete every single night.

“This will be his first time playing outside of North America and he’s looking forward to getting to Nottingham and putting on a Panthers’ jersey.”