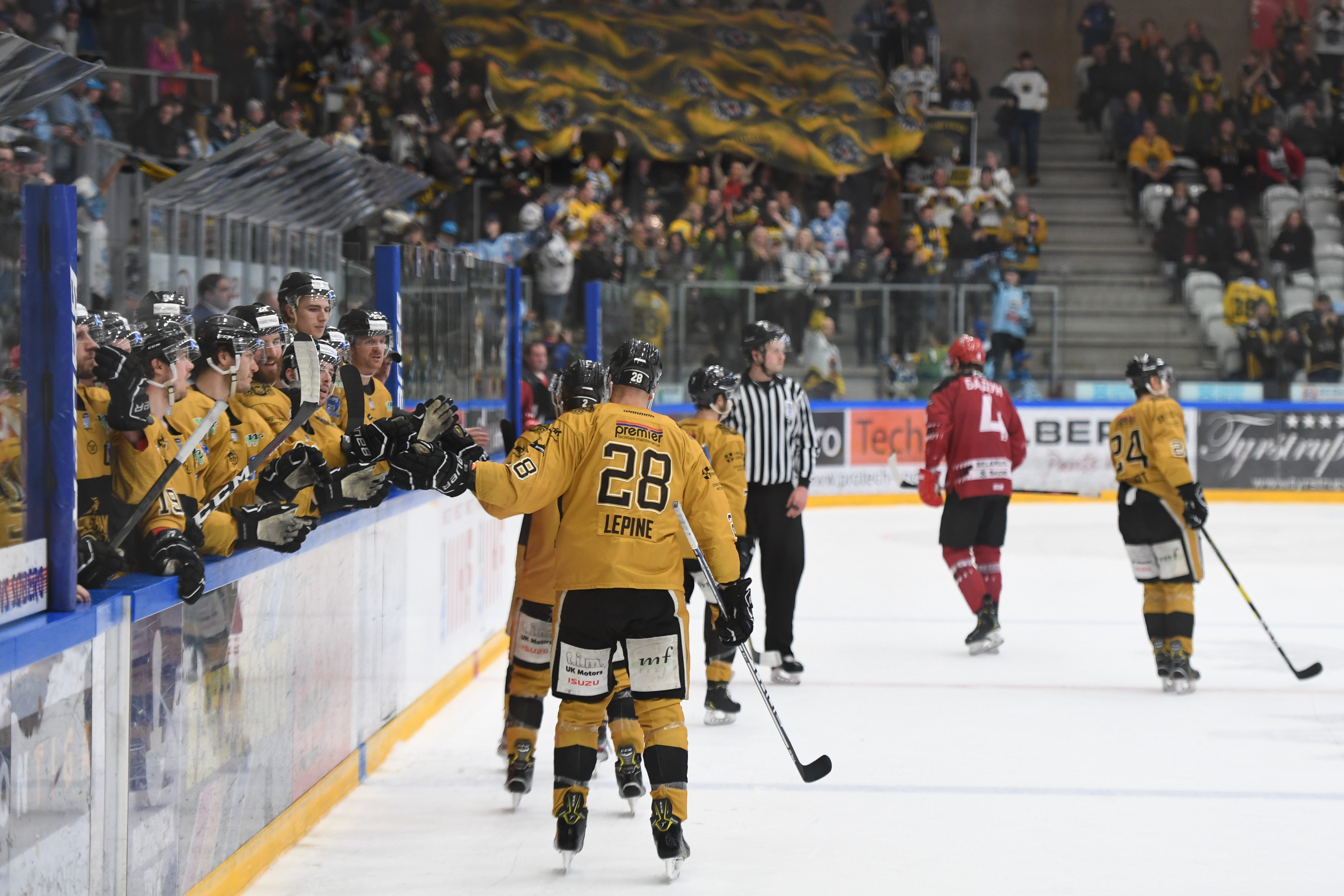 THE NOTTINGHAM Panthers’ team bus pulled up outside the arena a little later than planned at 3am Danish time this morning after an extended journey back from the Continental Cup Super Final.

It’s a rest day for the players today and then they’ll be back on the ice to start preparations for the HOMECOMING against Glasgow in the league on Thursday (7.30pm).

Jason DeSantis and Brett Bulmer will be assessed further and will join Adam Deutsch in the Excel Therapy treatment room. All three are obvious doubts for the immediate future.

Panthers will be wearing their GOLD Continental Cup jerseys on Thursday night and fans can win every single one of them.

It’s movie theme night – as chosen by popular vote – and Paws will pick the best dressed fan who will get Captain Marvel’s jersey (#41 Sam Herr) as their prize. All the other jerseys on the ice will be up for grabs in a one-off shirt off his back raffle (a pound a ticket and we’ve had extra printed to cope with any extra demand).

Tell your friends ticket prices have been slashed to bits. Massively reduced admission costs apply (plus booking fees from the arena) and you can grab yours from 0843 373 3000, from the box office or by clicking here to buy online.

ANOTHER TITANIC NIGHT OUT WITH THE PANTHERS AWAITS.

YOU’RE JUST A SLAPSHOT AWAY FROM A BIG MOVIE NIGHT OUT.

MAKE A GREAT ESCAPE FROM THE DRUDGE OF A NORMAL THURSDAY.

CELEBRATE THE 103rd ANNIVERSARY OF 1917 WITH THE PANTHERS (enough, Ed).