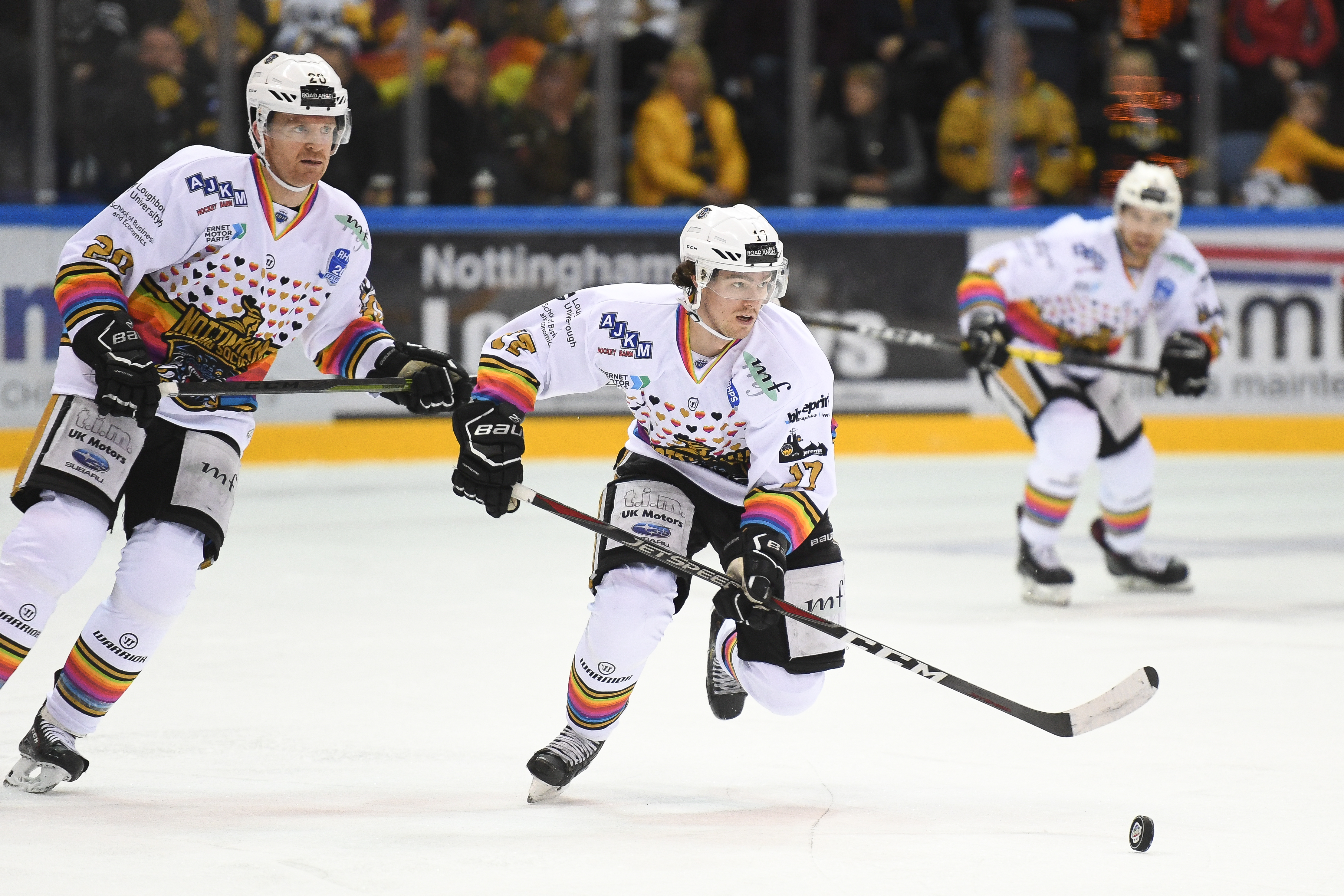 THE NOTTINGHAM Panthers’ are back in home ice action this weekend with games against Fife on Friday and Belfast on Sunday.

Valentines’ night will be special with a 7.30pm start, sponsored by Jeremias Chimney Systems, with a special him versus her shoot-out competition as well as special music and the captain’s shirt (one of them, he’ll have two on the night) up for grabs in the shirt off his back raffle. The special Valentines heart charity shirts will be worn with all of them already sold to help us raise funds for the Trent Cardiac Unit. They’ll be handed over after the game.

Then on Sunday two teams vying for a place in the title run-in go head-to-head when the Belfast Giants fly in for a four o’clock start, sponsored by Saltbox, who are offering a special Valentines menu to fans on Friday ahead of the game against Fife.

Both games are selling well but there are good seats still available. You can snag yours from 0843 373 3000, by clicking here to buy online or by visiting the box office at the Motorpoint Arena.

A week on Saturday arch-rivals and table-topping Sheffield visit Nottingham. For that game there are now 200 seats and counting left for sale in the bowl. We’ll be releasing some plum sponsors’ returns this afternoon. More than half the so-called sight-line seats (which can only be bought over the ‘phone or in person) have also already gone.