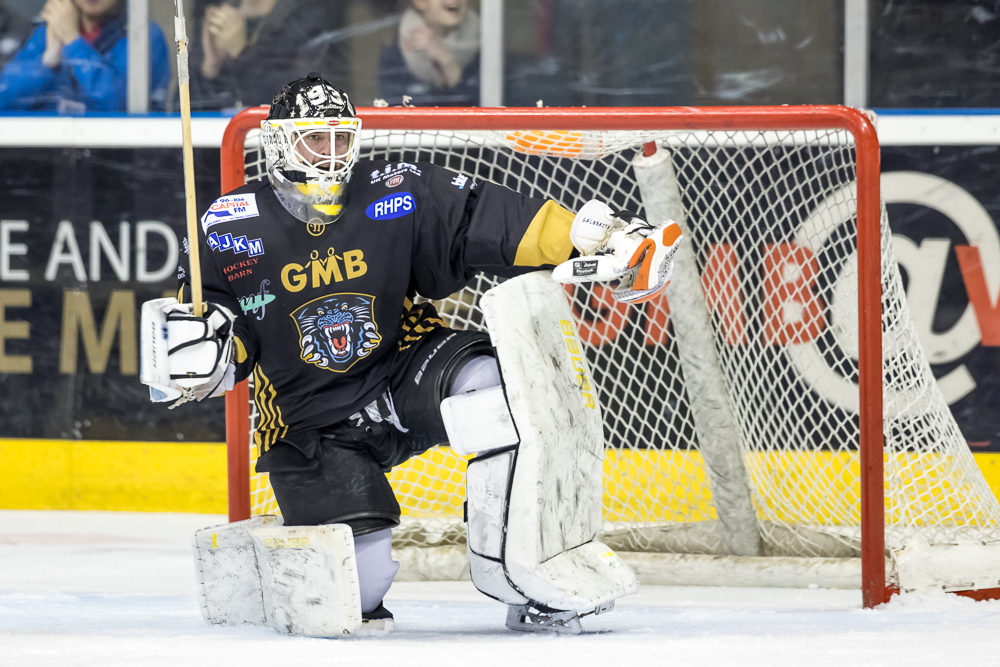 It's a brand new week on The Nottingham Panthers' Audio Experience, in association with The Nottingham Building Society, as netminder Patrick Galbraith joins the show to talk about his time in black & gold.

Patrick came to the Panthers straight out the DEL to compete with Michael Garnett for the starting role between the pipes and he starts off by talking about what brought him to Nottingham in 2017, why he was still available in October after a strong year in Germany, his first on-ice session with then Head Coach Corey Neilson and his whirlwind start to life in the UK.

The netminder also gets into the importance of the Panthers' British contingent, what it was like in the locker after the announcements that Corey Neilson would be moving on & David Clarke retiring, what he was told about the Elite League playoffs after getting the nod as the starter, going from the highs of that dramatic quarter-final against Belfast and the lows of the semi-final against Sheffield.

Patrick left the Panthers at the end of the 2017/18 season to link up with his hometown team SønderjyskE to play alongside his brother Daniel but the netminder wouldn't be a stranger to the fans in Nottingham, firstly he came up against his former Panthers' team mates at the World Championships in 2019 before taking on Nottingham in the 2019/20 Continental Cup hosted by SønderjyskE.

You can watch the conversation with Patrick through the thumbnail below or listen to it wherever you get your podcasts here.