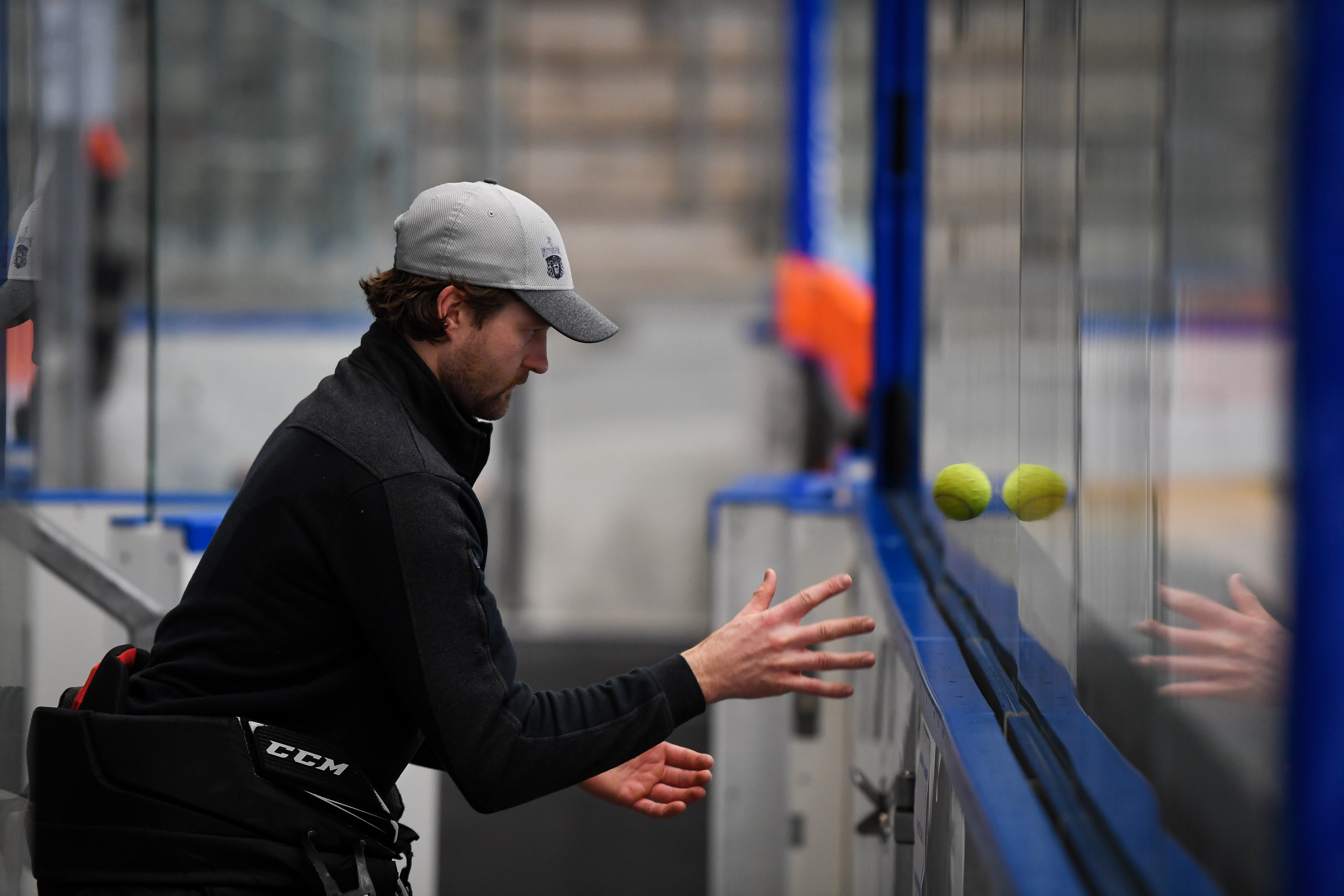 Kevin Carr makes his second appearance on The Nottingham Panthers' Audio Experience, in association with The Nottingham Building Society, as he joins to look back at his year in black & gold.

The conversation starts by catching up with the Panthers' 2019/20 starting netminder, talking about what he's up to at the moment & his Kevin Carr Elite Goaltending coaching programme before getting into the 2019/20 season.

He also gets into how he copes with the pressures of social media, why he believes in being all business whilst at the rink, if netminders prefer breakaways or penalty shots & tells us why it isn't goalies that are the crazy ones.