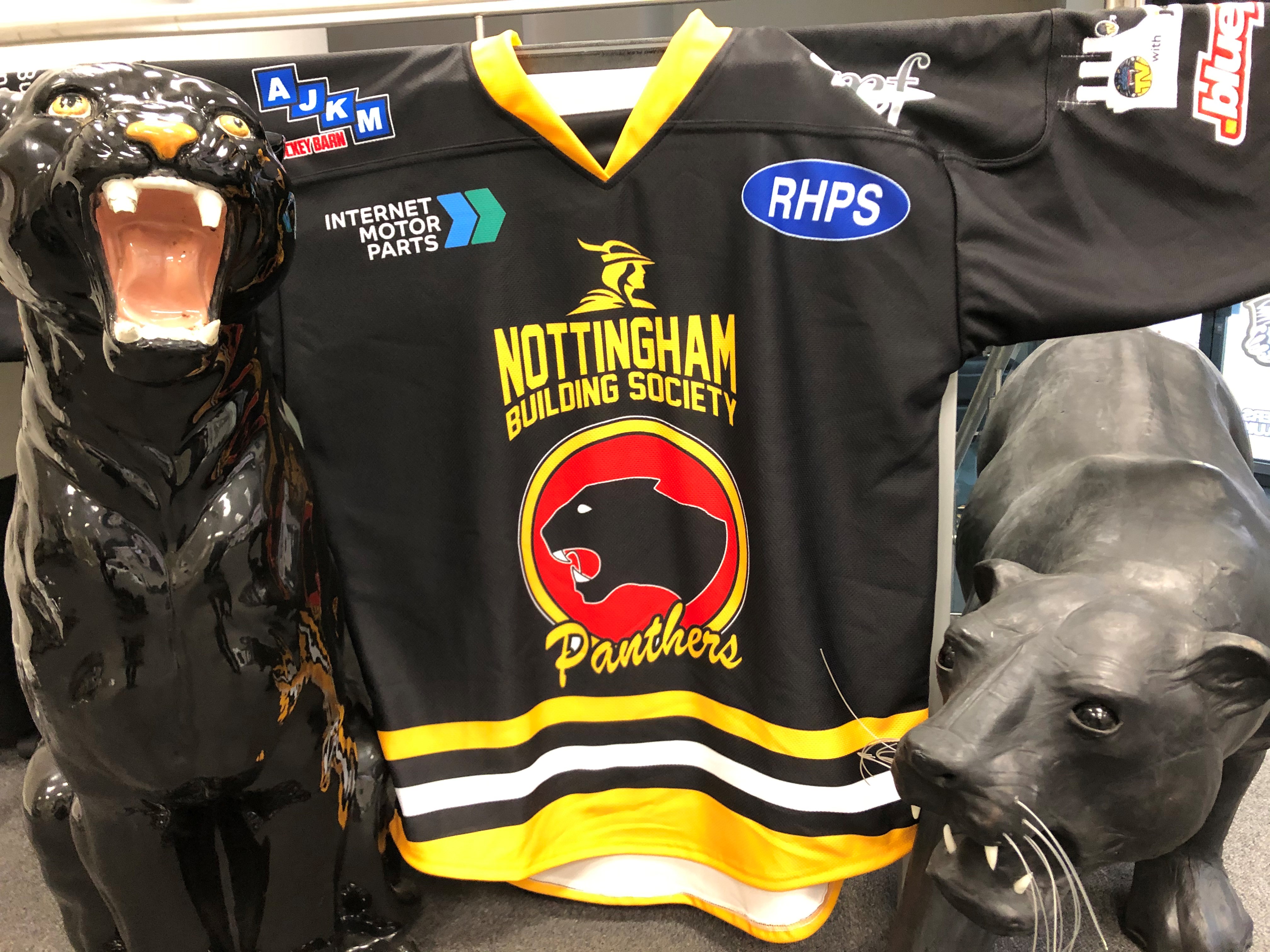 To celebrate the fortieth anniversary of the sport’s return to the city we’ve had replica shirts made from that era’s biggest achievement – Wembley 1989.

The first five made up the prizes in last week’s popular online draw. Now, we launch the second half of this special prize-fund with this week’s shirts bearing the namebars and numbers of the two ‘import’ defencemen alongside three of the Brits who played such an important role in confounding the odds and bringing the most sought after of trophies back to Nottingham.

We’ve got five shirts based on that triumph up for grabs in this week’s raffle:

Terry Kurtenbach and Darren ‘Doc’ Durdle had licence to roam from the back and when they jumped into the play the likes of D-man turned winger John Bremner would swing back on to the blueline to provide vital cover. Gavin Fraser was the team joker with his one-liners and Randall Weber was another forward who weighed in with points to help out the scoring.