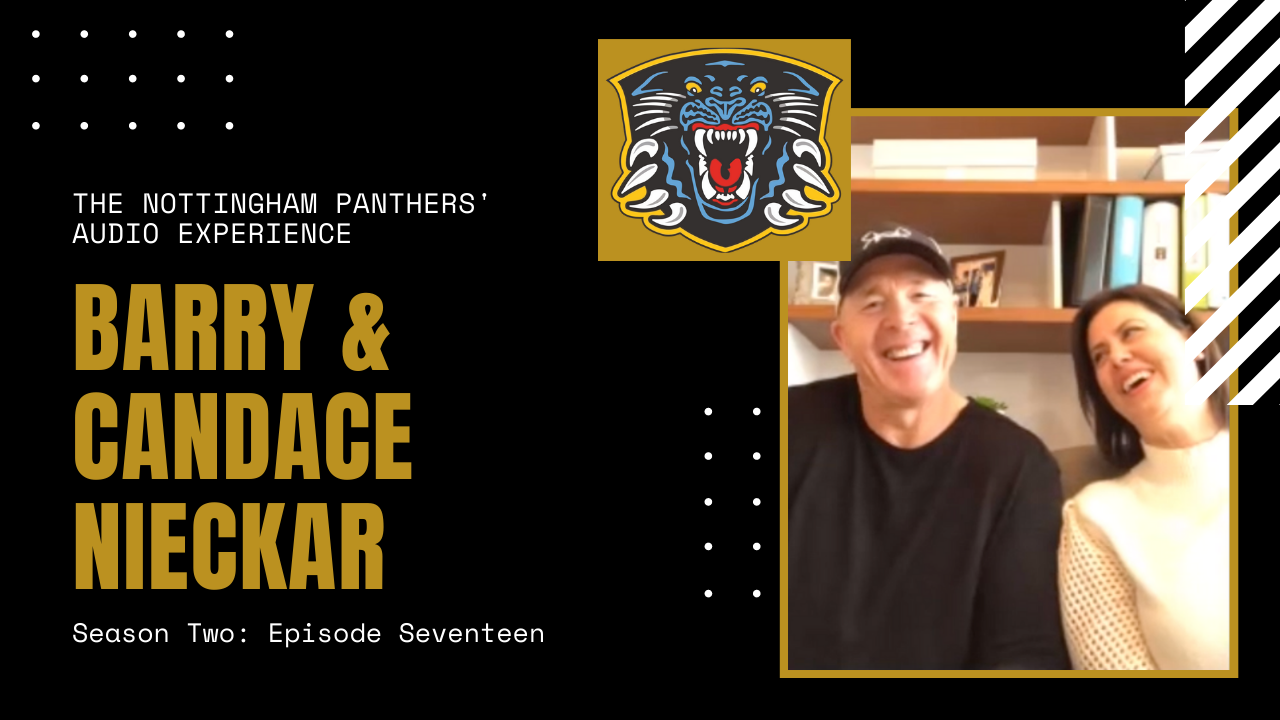 The word legend is thrown around all to freely these days but the latest guest to join The Nottingham Panthers' Audio Experience, in association with The Nottingham Building Society, is a true legend forever enshrined in the folklore of Nottingham ice hockey, it's #44 Barry Nieckar!

As it's a time of year to spend with family Barry is joined on the show by his wife Candace, who offers her unique perspectives on being married to a professional ice hockey player & her views on the big moments/incidents from Barry's time in Nottingham.

The British game was first introduced to Barry Nieckar when he made the move across the pond to join the London Knights of the British Ice Hockey Super League for the 1999/00 season meaning he go to play in the old Nottingham Ice Stadium as a visitor & he talks about his memories of that rink & the Panthers' fans.

Nottingham fought off interest from other teams in the Super League to bring Barry to Nottingham for the 2000/01 season, the first season in the now Motorpoint Arena, & both he and Candace get into what went into that decision, their initial impressions of the city, starting the annual player's Halloween party (that continues to this day) & of course the infamous bench clearing brawl against the Sheffield Steelers.

Barry & Candace spent three seasons in Nottingham (2000 /01, 2001/02, 2002/03) & there are stories aplenty about characters such as Paul Adey, Scott Allison, Alex Dampier & Jamie Leach plus why it is fans of the Belfast Giants dislike him so much.

All of that & much more in another not to be missed episode of The Nottingham Panthers' Audio Experience, in association with The Nottingham Building Society.

You can watch this wonderful conversation in full through the thumbnail below or listen to it through your podcast provider of choice here.