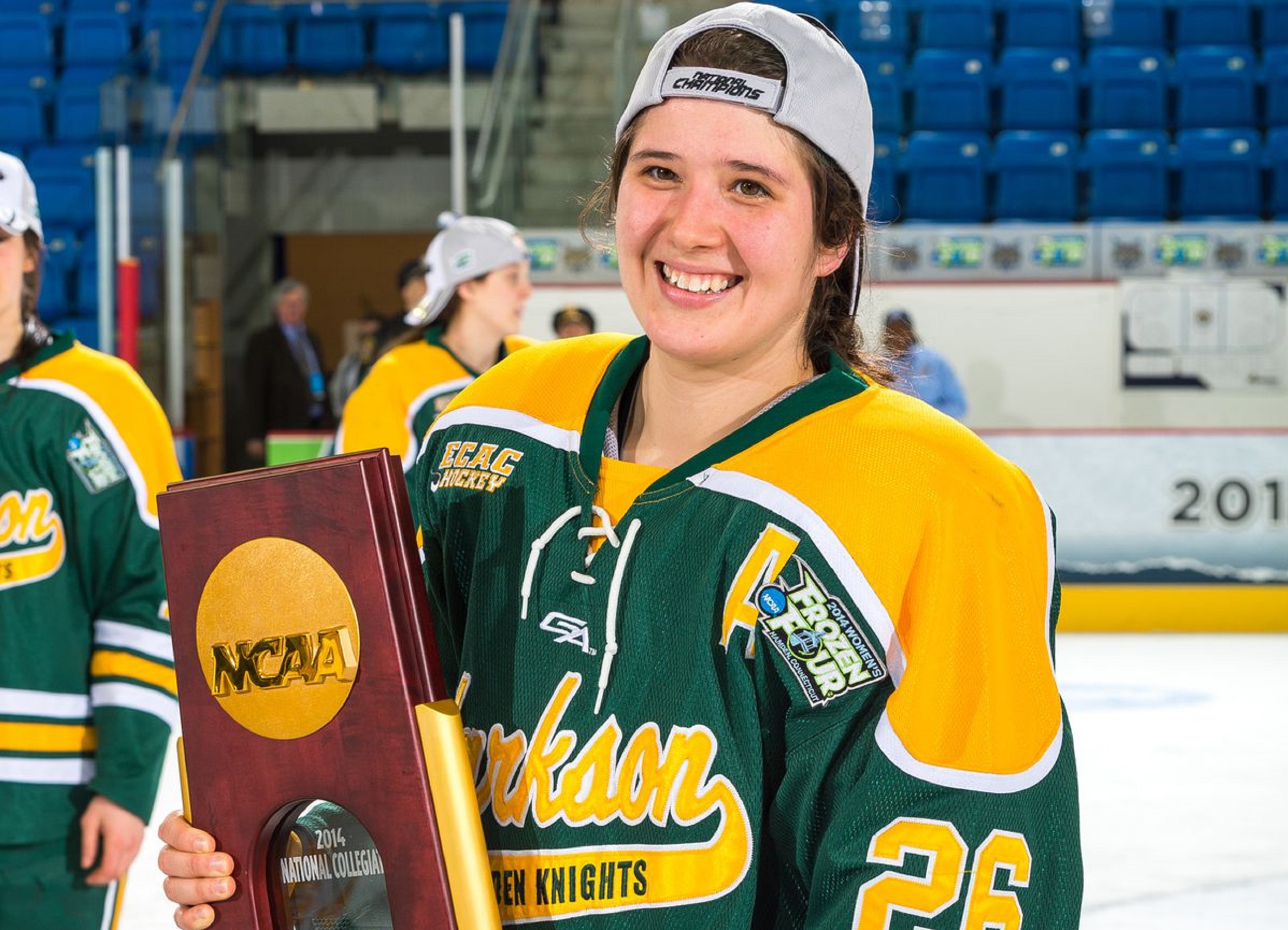 The Canadian had a standout career at Clarkson University, where she played alongside fellow Audio Experience alum Renata Fast, that culminated in winning both the NCAA Championship and the Patty Katzmaier award, given to top collegiate female ice hockey player, in her final season with the program.

After graduating Jamie set out on her professional career where she was drafted by the CWHL's (Canadian Women's Hockey League) Brampton Thunder, an organisation she would stay with until the league folded at the end of the 2018/19 season at which point she signed up with the PWHPA (Professional Women's Hockey Players Association) to fight for a sustainable professional women's league in North America.

Jamie has been in and out of the Team Canada international set-up and she talks about the pressures that brings and the toll it takes to make it to the highest level of the game. The forward had a breakout tournament at the 2018/19 World Championships, recording six points (three goals, three assists) in seven games and is looking to build on that when the next World Championships get the go ahead.

There's all of that and much more in another not to be missed episode of The Nottingham Panthers' Audio Experience, in association with The Nottingham Building Society.

You can watch the conversation with Jamie through the thumbnail below or listen to it through your podcast provider of choice here.