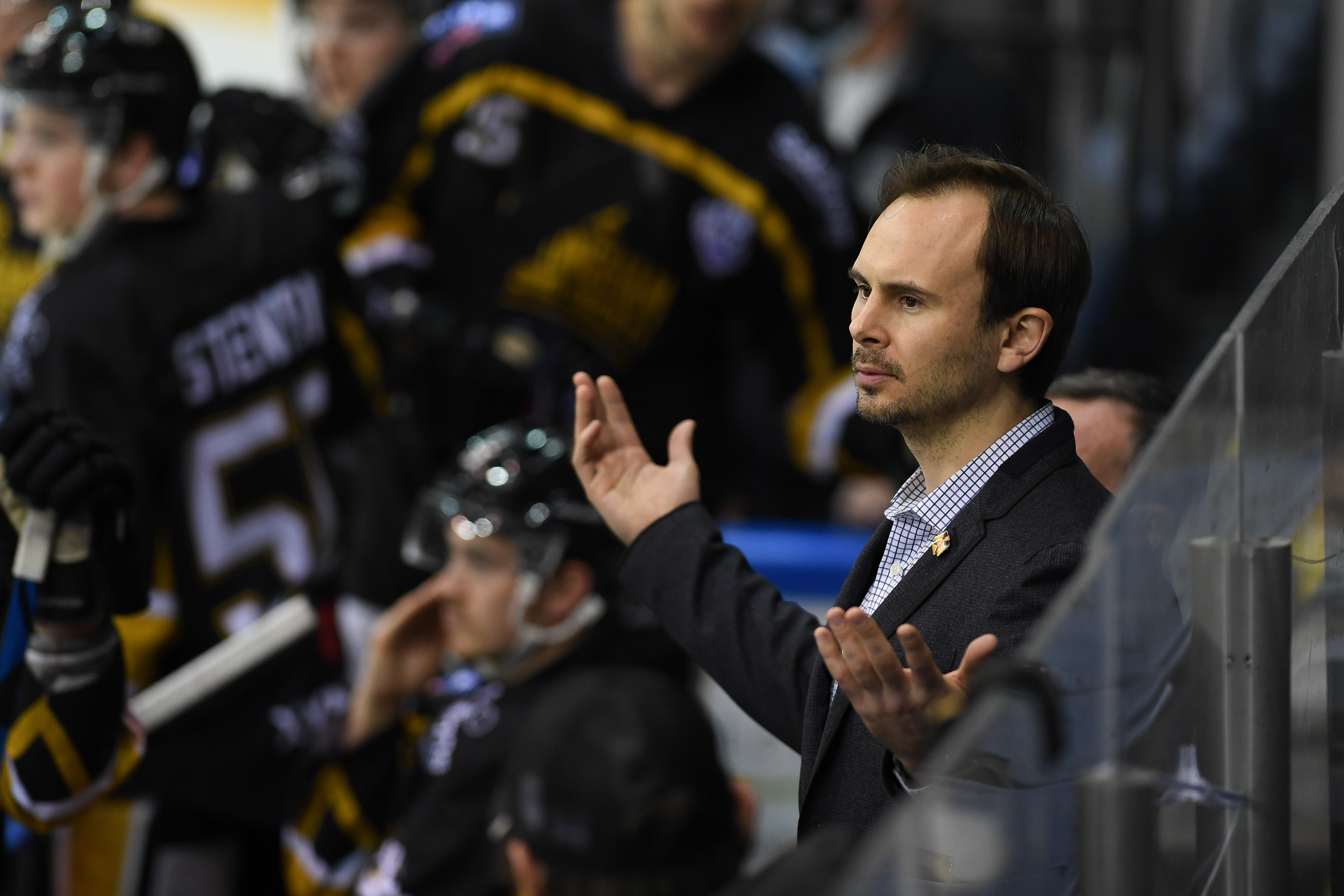 THE NOTTINGHAM Panthers’ Head Coach Tim Wallace told Panthers’ Radio with XYNOMIX he was pleased his team found a way to win against Manchester on Wednesday night.

Panthers came from behind three times and had another goal disallowed in a 3-3 result in regulation before snagging the extra point in sudden-death overtime.

Coach Wallace said it was ugly at times, choppy at times and a battle from start to finish. He talks about having to use career forward Robert Lachowicz on defence and about the contribution of netminder Jackson Whistle and the forwards, not least first points for Nick Dineen and Johno May.

Hear Tim Wallace right now on Panthers’ Radio with XYNOMIX through the link in the Radio Buzz section.

PANTHERS ARE NEXT IN ACTION ON FRIDAY NIGHT AGAINST SHEFFIELD.