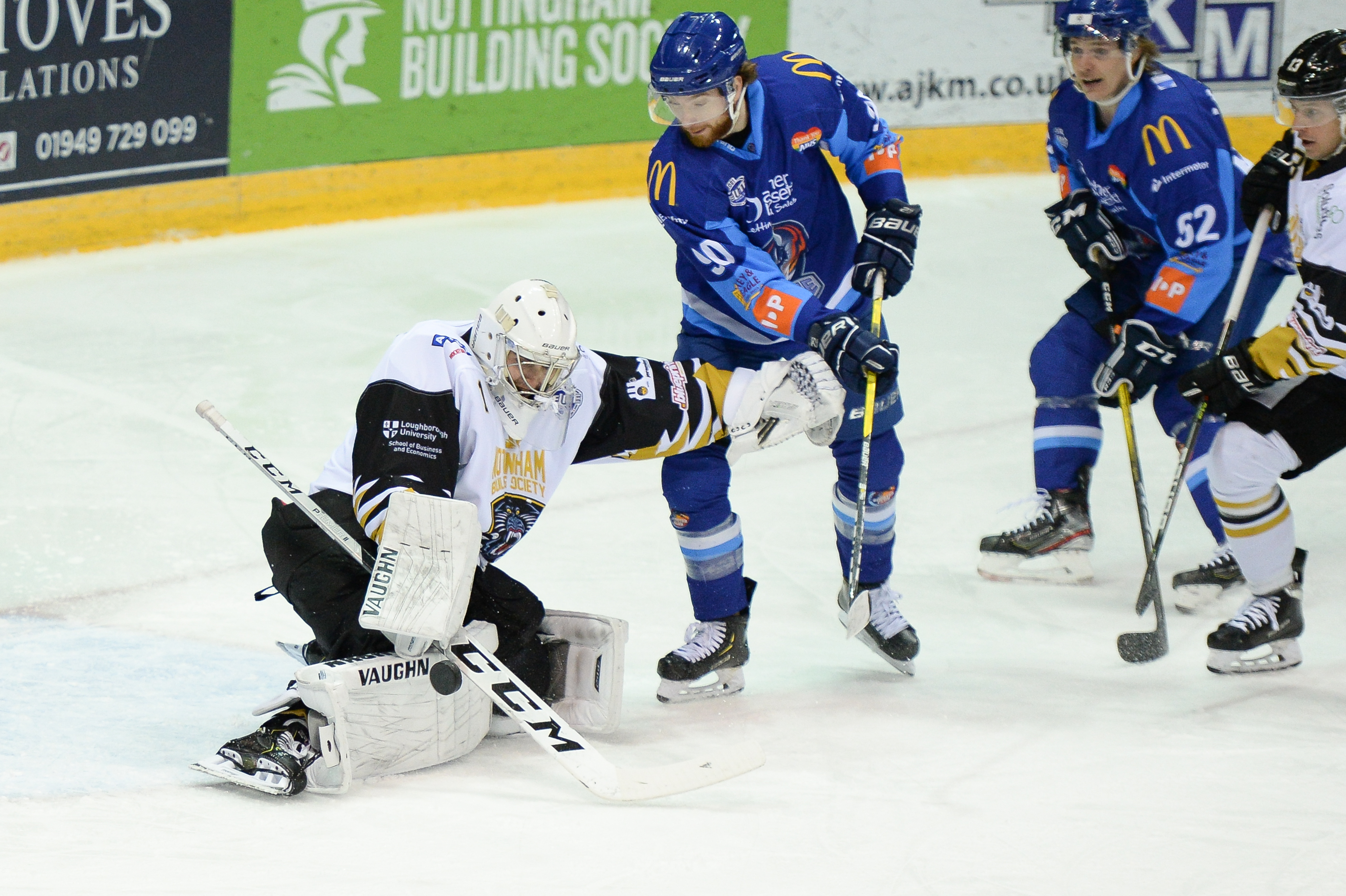 You can now re-live the best of the action from the first-leg of THE NOTTINGHAM Panthers' Elite Series Playoff Semi-Final against the Coventry Blaze on PanthersTV, with Jeremias Chimney Systems.

Goals from Kevin Domingue and Austin Cangelosi alongside a 30 save shutout by Jackson Whistle, the first shutout by any netminder during the Elite Series, led the Panthers to a 2-0 victory in a tightly fought game.

You can watch the extended highlights only on PanthersTV, with Jeremias Chimney Systems, below.

The second leg of the Semi-Final match-up between Nottingham & Coventry takes place on Wednesday April 28th at 7.00pm, make sure you book your game pass here so you don't miss the moment someone books their place to the best of three Playoff Finals.