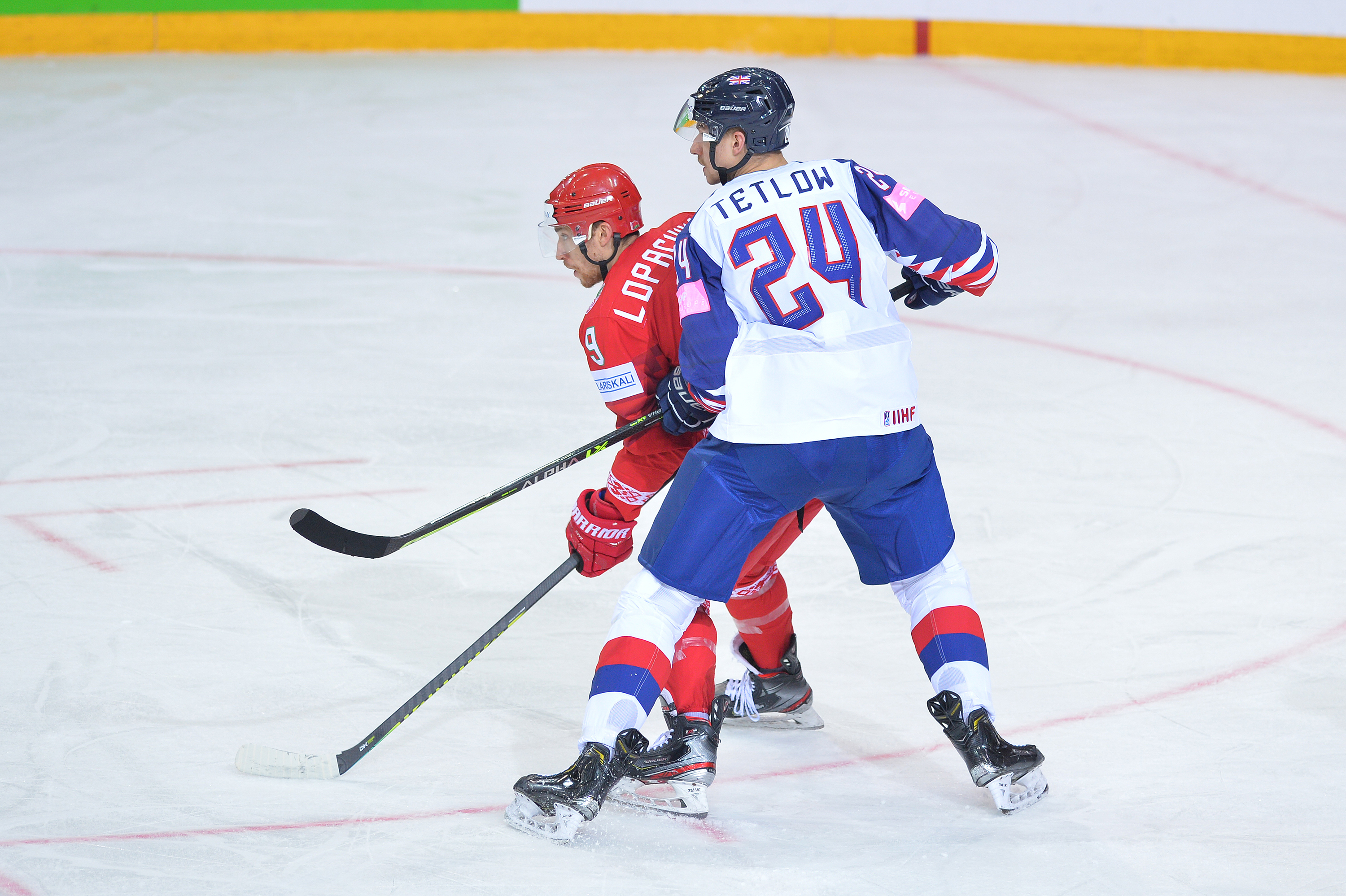 Great Britain produced a stunning performance as they beat Belarus 4-3 in the Group A of the World Championship in Latvia.

Liam Kirk scored twice to take his tally to the tournament to four, while Ben Davies and Mike Hammond were also on target on another famous night for British ice hockey.

Dallas Ehrhardt and Lewis Hook returned to the line-up, replacing Sam Jones and Ross Venus, while Ben Bowns (whose game worn, signed, black, Elite Series jersey is one of three on the line in our latest online raffle - get your tickets here) got his third successive start.

Belarus had the best chances of the opening stages as Francis Pare hit the bar and Sergei Drozd fired wide, before GB took control of the period as Dallas Ehrhardt, Brendan Connolly and Ben O’Connor all went close.

Kirk gave GB the lead at 13:38 when he cut across his man at speed and went five-hole under Plymouth-born Belarus netminder Danny Taylor.

Belarus equalised moments after their powerplay came to end, as Vladislav Kodola mopped up a rebound from close range on his backhand (29:15).

GB scored twice in 89 seconds to take a two-goal lead to the intermission. A good forecheck by Jonathan Phillips was followed by Matthew Myers forcing a turnover and feeding Ben Davies who slid the puck low past Taylor for his fourth international goal (37:06).

And that was quickly followed by Robert Dowd’s cross-ice pass finding O’Connor left-hand side, who fed Kirk and the youngster controlled the puck before firing into the top right-hand corner (38:35).

Belarus upped the pressure in the third and nice-worked move resulted in Geoff Platt firing home at the backdoor (51:19) to reduce the arrears to two.

Shane Prince scored with a low shot from the slot just after a Belarus powerplay (57:43) to make it a one-goal game going into the closing stages, but GB stayed firm for a famous victory.

GB return to action on Friday when they face Sweden at 14:15 UK time.