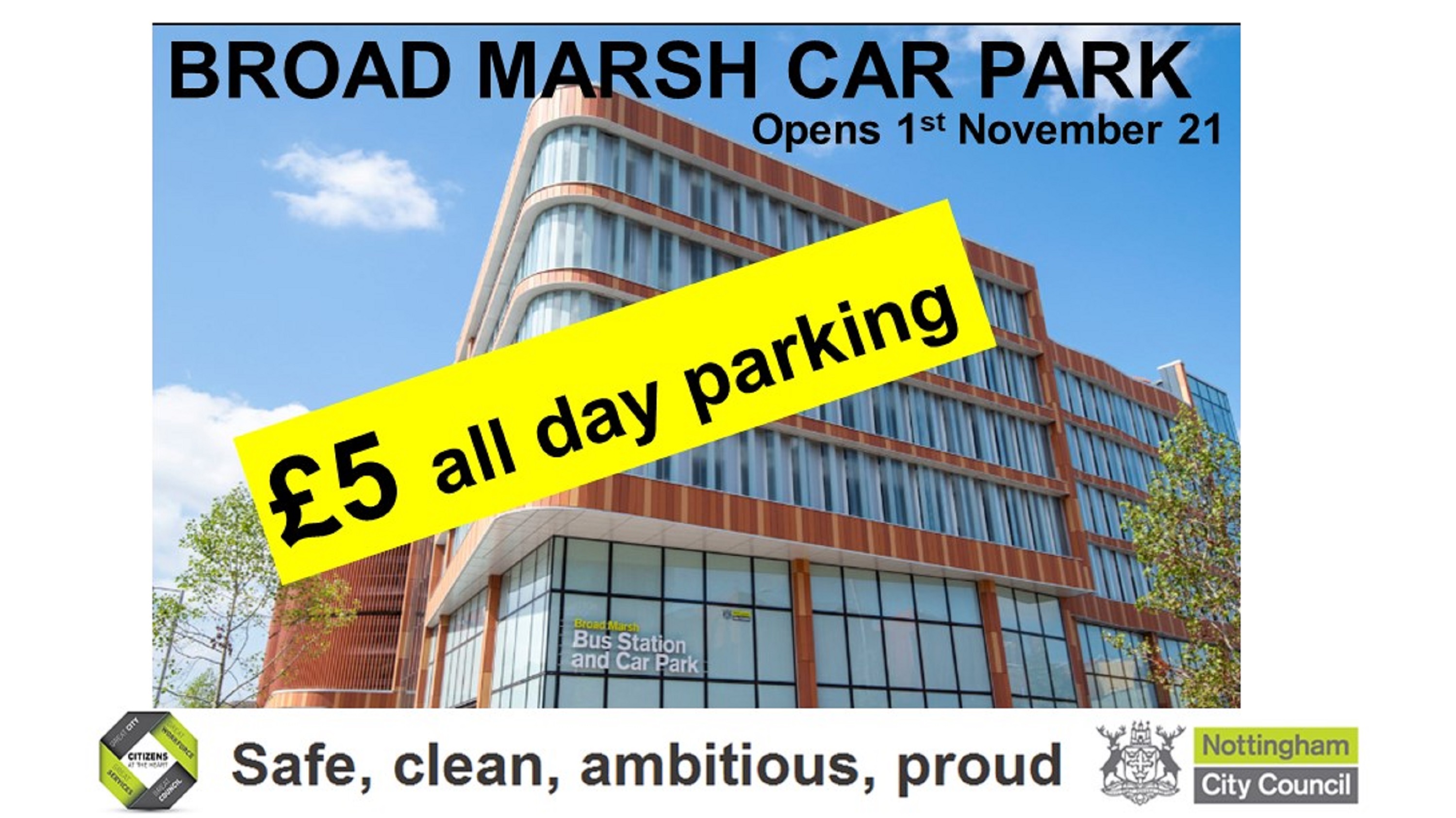 The season-long car parking deal with Nottingham City Council Car Parks is having to move location to the new state-of-the-art Broadmarsh car park from the end of November.

The deal, which works out at less than three pounds a game, has been affected by the planned closure of the Motorpoint Arena surface car park.

Instead, fans with the season-long pass, will automatically have it transferred to the new Broadmarsh multi-storey facility.

Fans can use their season-long car park pass on game days as many times as they like making it possible to come into town during the day and return again later for the match at no extra cost. The new Broadmarsh Car Park is part of the wider £2 billion Southside redevelopment programme to transform the face of the southern city centre and will provide over 1,200 parking spaces, including charging points for electric cars and disabled parking.

The roof has been built with solar panels to generate enough electricity to power over 50 domestic homes all year round and it will also host Nottingham’s Central Library,

The option to swap to the smaller Lace Market car park has now ended as the limited availability there has been taken up. Anyone who prefers not to move to the Broadmarsh can opt for a pro-rata refund less their admin charges from the operators who can be reached on 0115 876 1444.