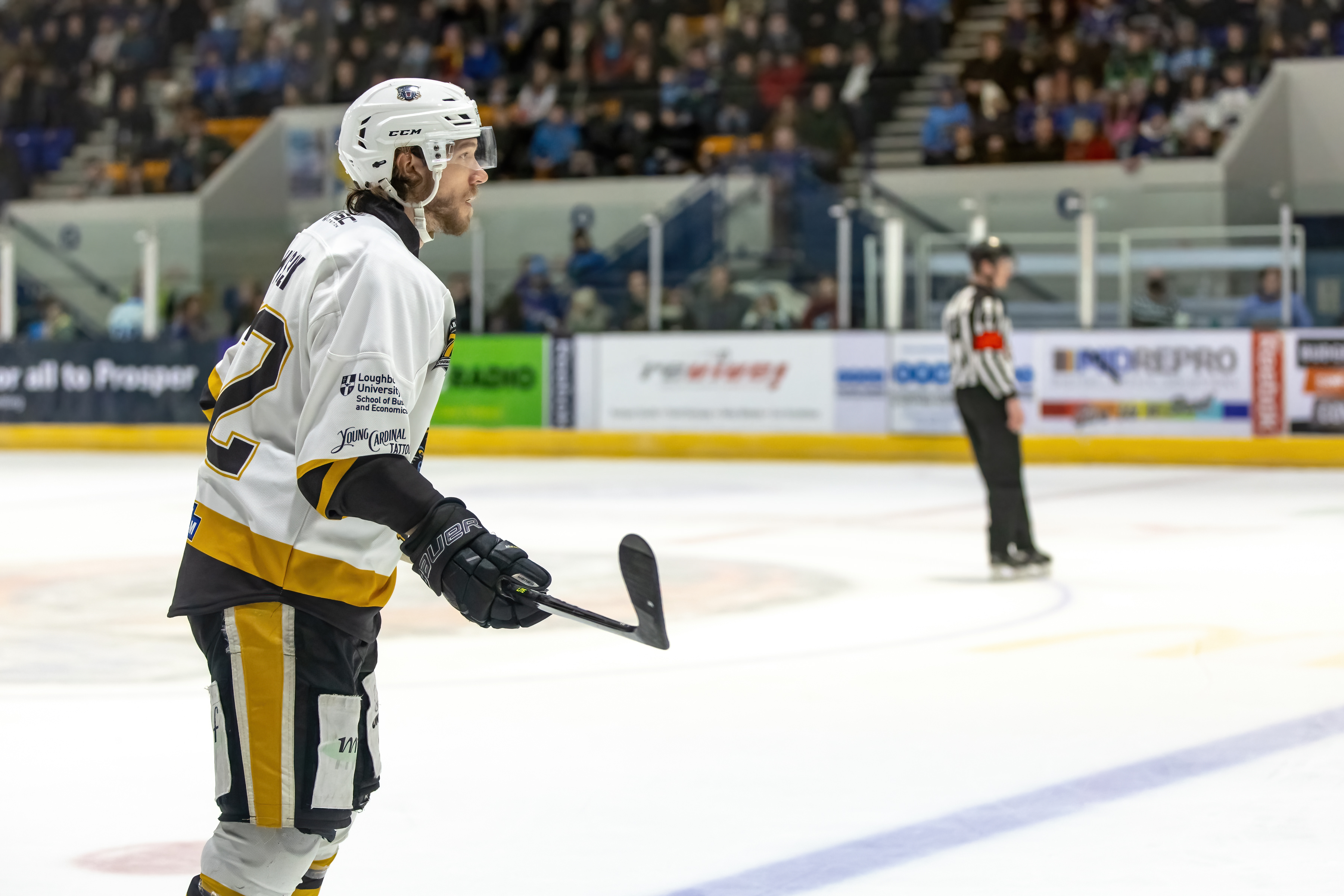 After an incident in the first period &, after playing a few more shifts, the defenceman left the action.

He was eventually pulled from the line-up in the second period after giving it another go at the the start of the middle frame.

After undergoing further evaluation in Nottingham with Lead Sports Therapist Laura-Jo Bowler prior to this afternoon's game against the Blaze it has been determined that Kevin will be in the line-up when the puck drops at 4.00pm.