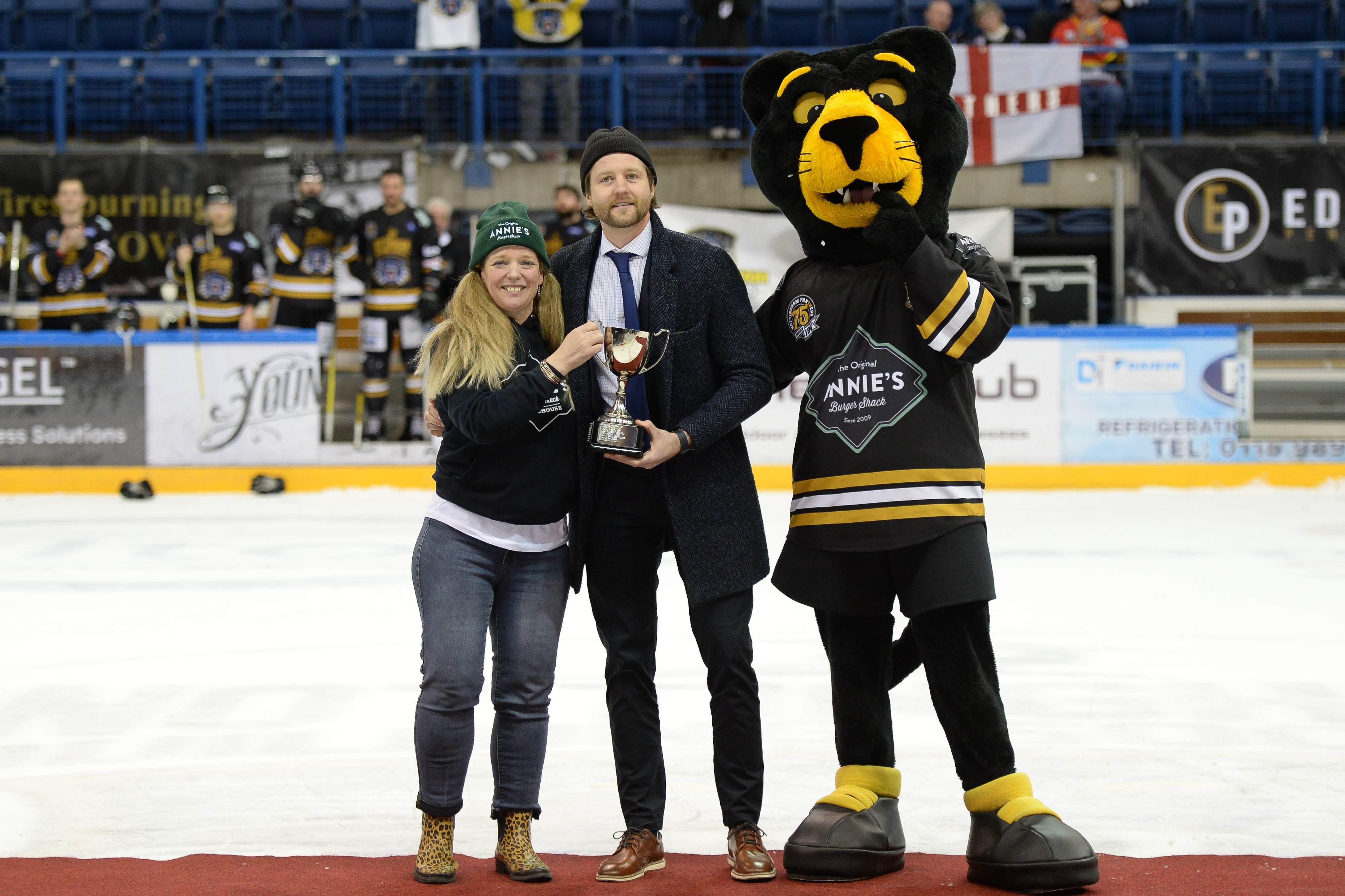 The first half of The Nottingham Panthers annual awards, brought to you in association with Annie's Burger Shack, were presented after Sunday's game against the Flames.

Given out on-ice in front of the fans & presented by Annie from Annie's Burger Shack & Paws the first set of award winners were:

Congratulations to all of the award winners & thank you to everyone who voted/stayed to watch, remember the second half of our annual awards take place after Sunday's game against the Cardiff Devils.