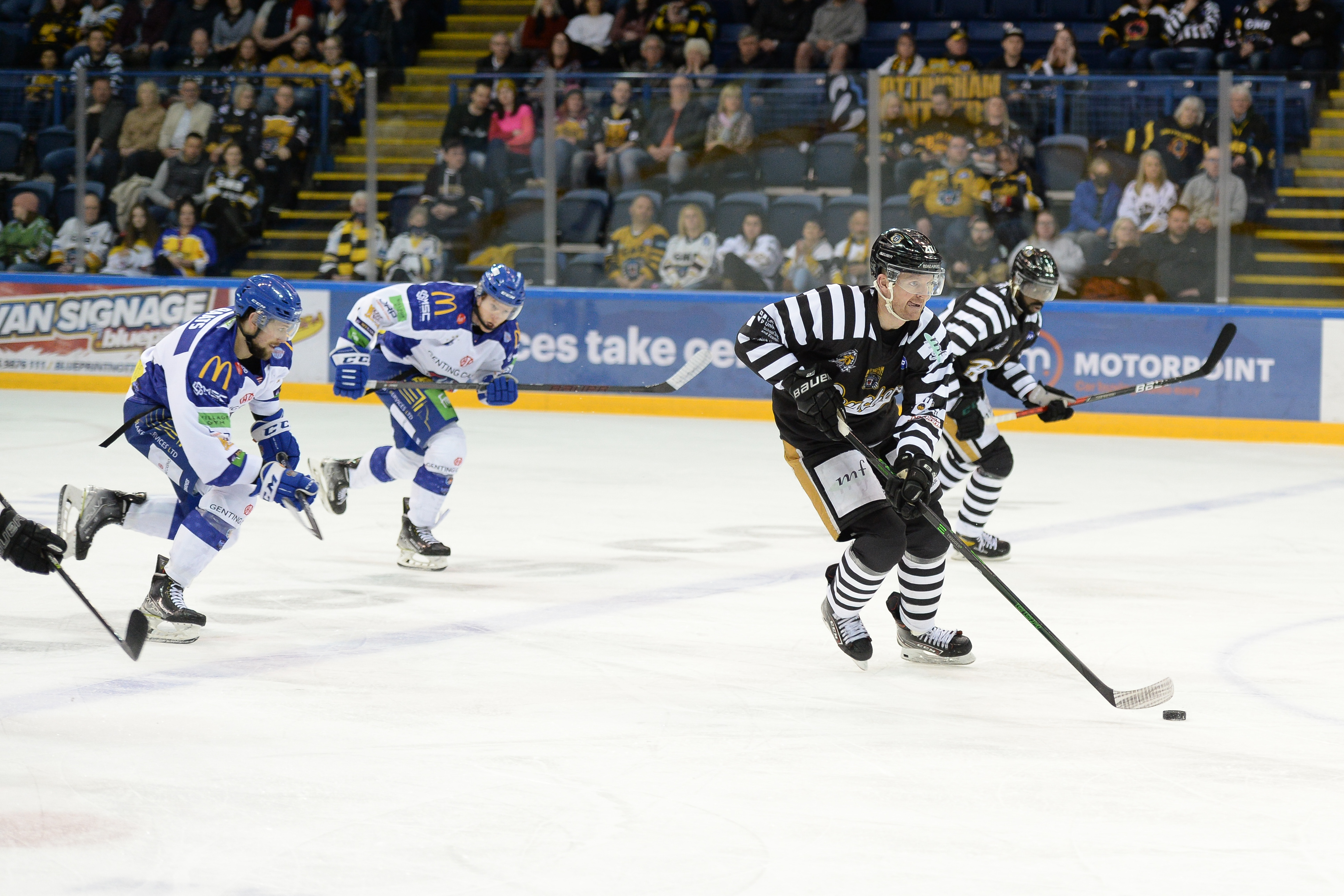 The Nottingham Panthers are back in Premier Sports Elite League action against the Coventry Blaze tonight (April 13th) and the team news has now been submitted.

James Downie will make his debut & start between the pipes for the Panthers with Will Kerlin on back up duty.

The Premier Sports Starting Six for The Nottingham Panthers is slated to be:

The remainder of the line-up is pencilled in as:

If you're not coming to the game you can still tune in through the PanthersTV Live Webcast for just £15, book your stream right here.