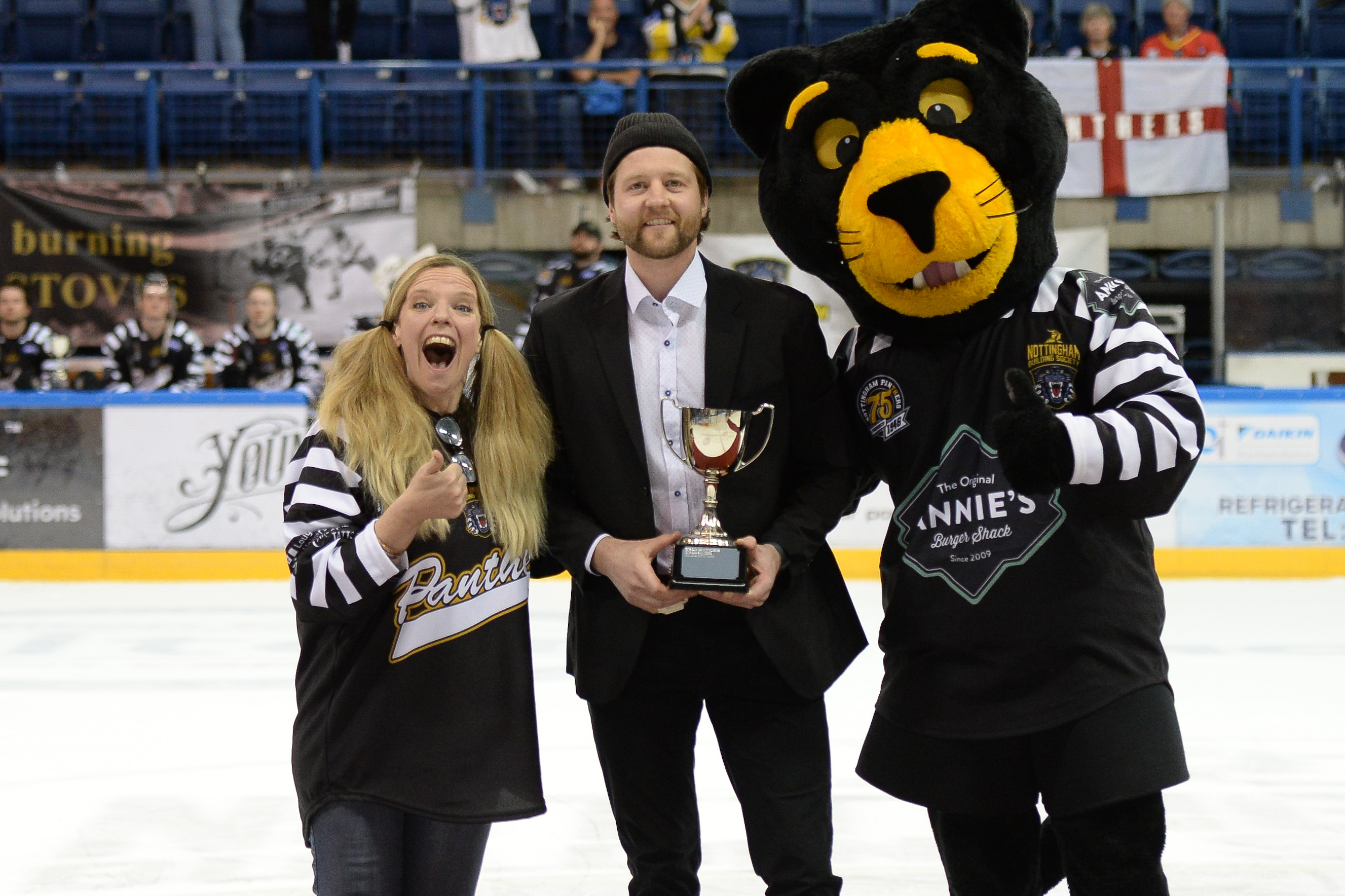 The Nottingham Panthers' Annual Awards, brought to you in association with Annie's Burger Shack, concluded after last Sunday's game against the Cardiff Devils.

Taking place on ice in front of the fans on the final day of the 2021/22 regular season the team remained on the ice after the post-match ceremonies & claimed their awards in front of the Panthers' faithful.

The winners were presented with their awards by Annie from Annie's Burger Shack alongside Paws & they were:

Our congratulations go out to all of the award winners.