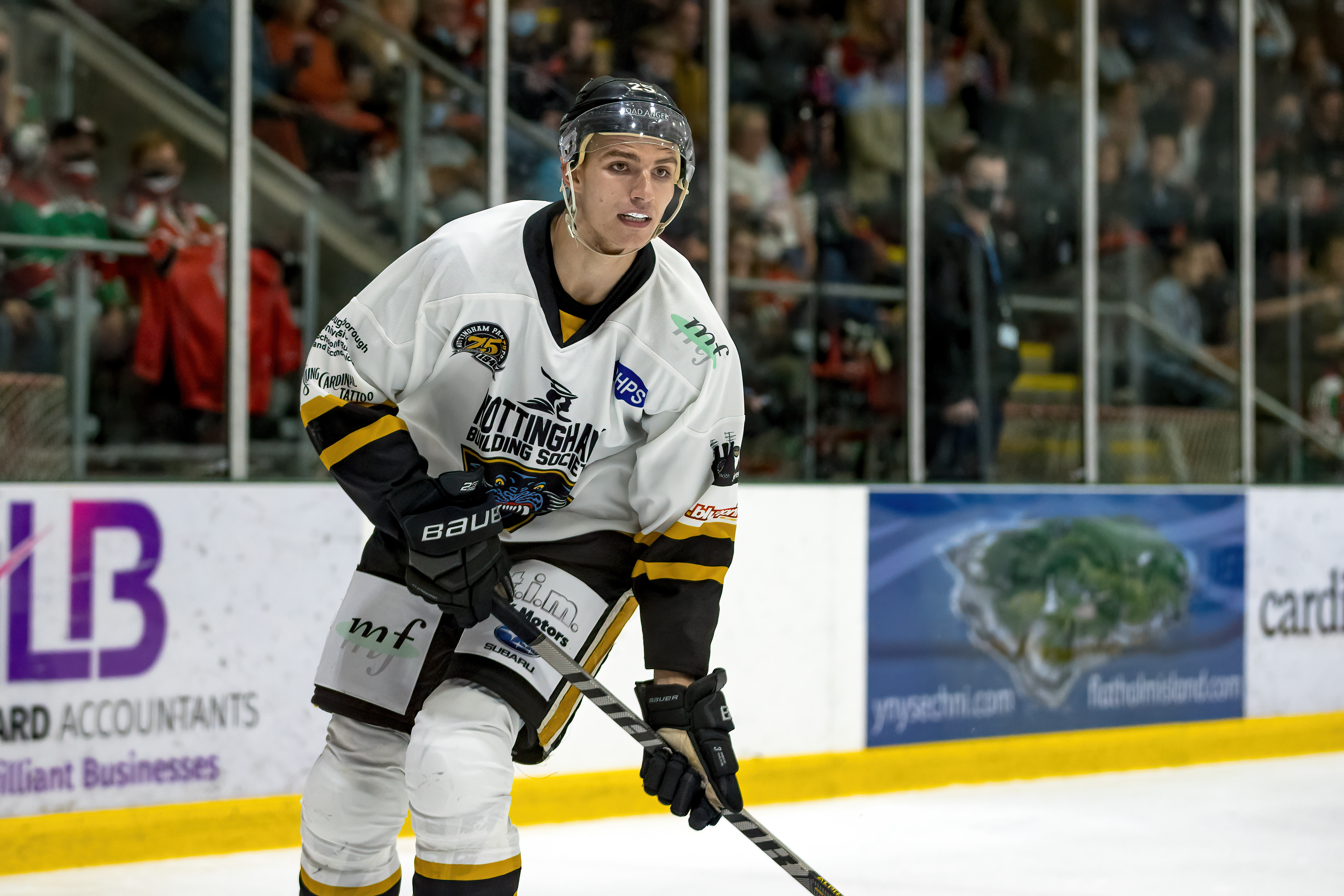 The Nottingham Panthers are sure to welcome new faces alongside a smattering of returnees for the upcoming campaign that’s set to get underway in August with pre-season action against the Sheffield Steelers.

One of those returning faces will not, however, be Josh Tetlow who has accepted an opportunity to play for a European team during the 2022/23 season.

Whilst wearing the black & gold of the Panthers Josh has taken part in the Champions Hockey League & played a key role on the Panthers’ blue line in the second placed finish in the 2019/20 Continental Cup & in the lifting of the behind-closed-doors Elite Series in 2021.

Throughout all of those experiences Josh has developed into one of the EIHL’s most reliable defencemen & is now a staple of Team GB, who he is representing out in Finland at this year’s World Championships.

The European team’s announcement is expected shortly & at this point The Nottingham Panthers organisation would like to place on record it’s thanks to Josh for his dedication during his time with the team, everyone wishes him nothing but success in his new adventure.