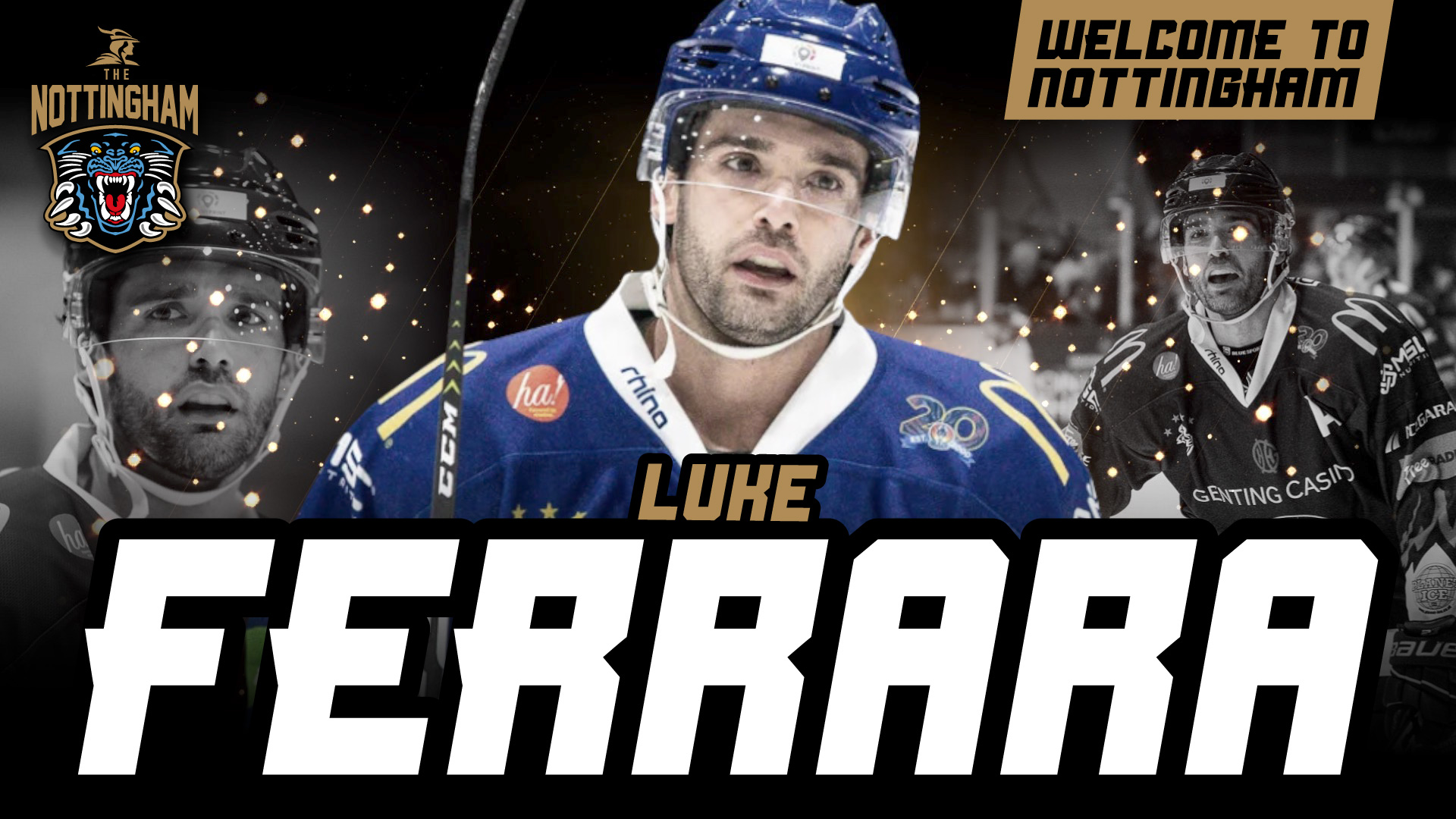 The Nottingham Panthers are delighted to confirm the signing of forward Luke Ferrara for the 2022/23 Premier Sports Elite League season.

Luke has spent the last five campaigns with the Coventry Blaze (2017 'til 2022), including spells at Bordeaux in France & Cracovia Krakow in Poland during the COVID-19 pandemic before returning to the UK for the behind-closed-doors Elite Series in 2021, where he has become one of the most dominant British players in the game today.

During his time in the West Midlands Luke recorded 195 points in 255 games, becoming a regular with Team GB in the process, & has worn an "A" on his sweater since 2018.

Overall the forward has played in over 400 Elite League games, including Challenge Cup & Playoffs, after spells earlier in his career with the Cardiff Devils & Sheffield Steelers.

He was also the Elite League's top overall goal scorer in 2019/20 after finding the back of the net 33 times during the regular season.

Head Coach Gary Graham spoke to Panthers' Radio, with Xynomix, about the addition of Luke Ferrara & couldn't contain his excitement about the prospect of working with the proven goalscorer, hear him speak about the signing exclusively through the link in the Radio Buzz section.

DON'T FORGET: The deadline for existing Season Ticket holders to renew their seats for the 2022/23 Premier Sports Elite League campaign was extended until June 7th and you can spread the cost over six months with our direct debit plan, find out more information right here, right now.