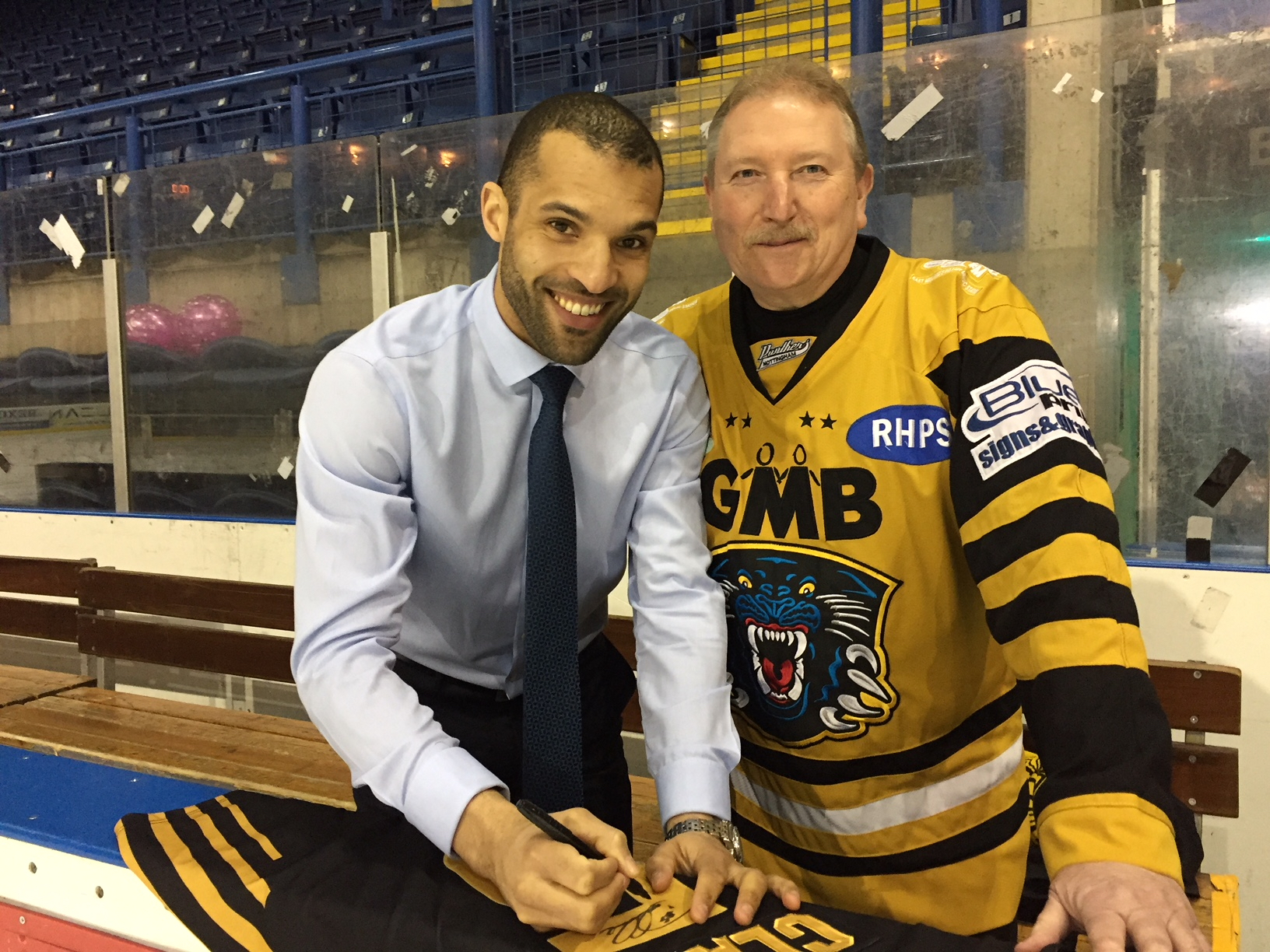 With injury ruling David Clarke out of the line up against Fife the shirt off his back raffle prize switched to his jersey from last week's home game.

Alan Wood from Cotgrave has been a Panthers' fan for twenty years and after winning the prize admitted David has been one of the stand out players during that time.

David handed over the jersey and signed the shirt for Alan after the 2-1 victory.

The next shirt off his back raffle will be at the home leg of the play off quarter final when we will have not one but THREE shirts up for grabs.