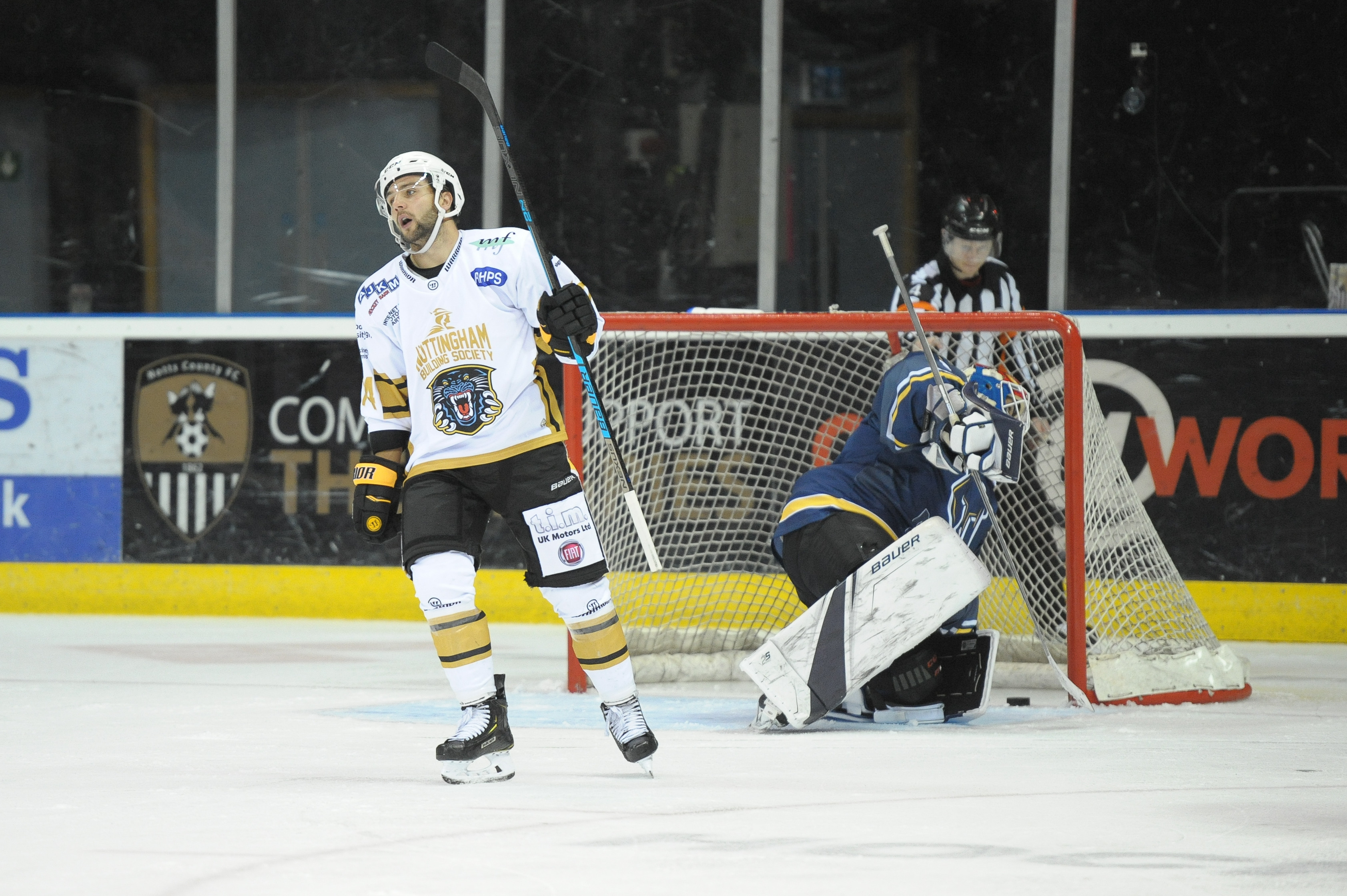 Panthers Radio with Xynomix caught up with forward Ollie Betteridge as practice wound down earlier today ahead of tomorrow's big clash against arch-rivals Sheffield.

With over 200 EIHL games under his belt the 22 year old is now somewhat of a veteran when it comes to these rivalry games but he says the team aren't looking to do anything different after a successful pre-season campaign 'we don't want to change the way we've been playing recently, we've got a big mindset coming in and we've had a really good week of training.'

Hear the interview in full via the link below.

There are still tickets available for the Challenge Cup clash against the Steelers tomorrow, there's every chance you'll be able to buy on the door but if you do be early to beat the queues.

You can beat the queues entirely by clicking the 'BUY NOW' button at the top of the screen or calling the Motorpoint Arena box office on 0843 373 3000.