Catching up with Luke Pither 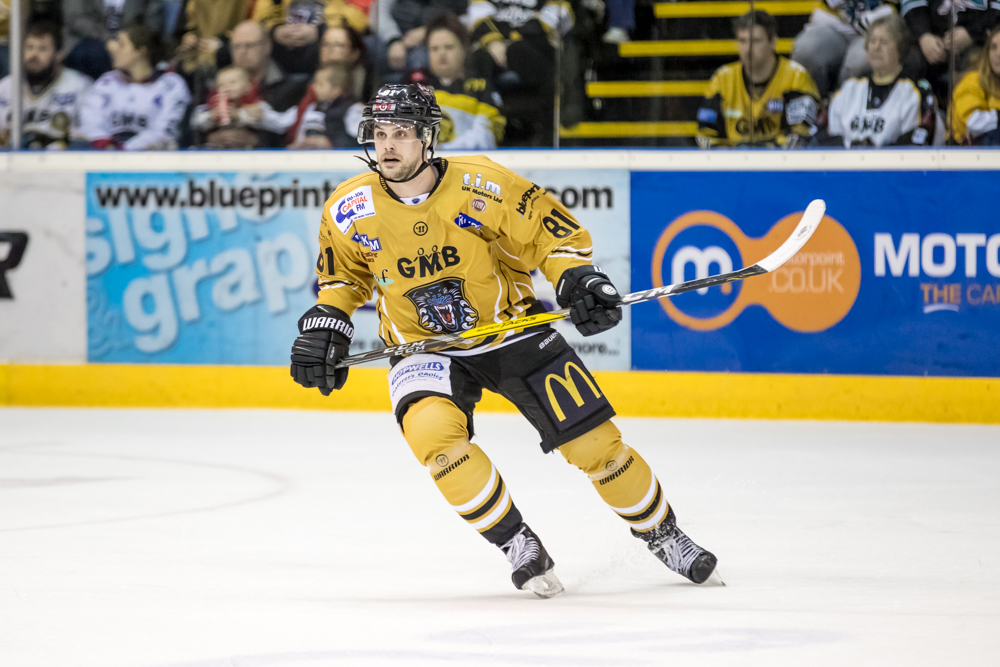 Returning forward Luke Pither was the first import to arrive in Nottingham on Wednesday and after a few good nights sleep Panthers Radio with Xynomix caught up with the Canadian, who quickly made himself a fan favourite after scoring a brace (including the game winner) on his debut back in January, as he came by the office yesterday.

The centreman built a gym in his new house in Canada over the summer and has been putting it to good to use saying 'it's hard to grow taller in the gym, so I've been trying to do it the other way to keep up with the size we've got' in reference to the team new head coach Rich Chernomaz has put together, a team that Luke thinks looks 'really strong' heading into the 18/19 season.

Hear the full interview on the link below.

Don't miss Luke back in action when The Nottingham Panthers hit the ice to start the biggest of pre-seasons on August 11th against the double winning Cardiff Devils, book your tickets through the link at the top of the page.