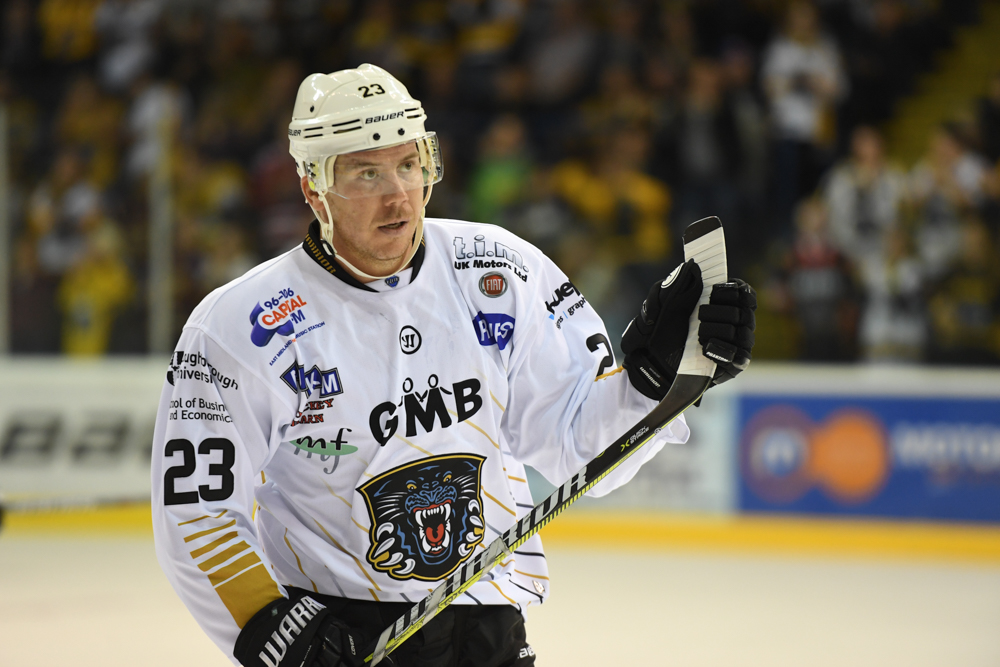 Mark was a member of the Panthers team that made history last season, by becoming the first British team to qualify for the knockout stages of the Champions Hockey League.

In six CHL games, Mark recorded 3 assists, including the vital primary assist on the overtime winner against HK Mountfield, sending fans of The Nottingham Panthers into a state of delirium.

Finishing just behind Brett Perlini in the point scoring charts for the 17/18 season, Mark tallied 18 goals and 33 assists for a total of 51 points, in 54 regular season games.

An additional 13 points were scored in the Challenge Cup where Mark recorded seven goals and six assists in just ten games.

Ever the big game performer, Mark also registered three goals, including goals in each leg of the playoff quarter-finals, and an assist for four points in four playoff games.

A true professional both on and off the ice, The Nottingham Panthers would like to wish Mark and his family the best of luck for the 18/19 season.