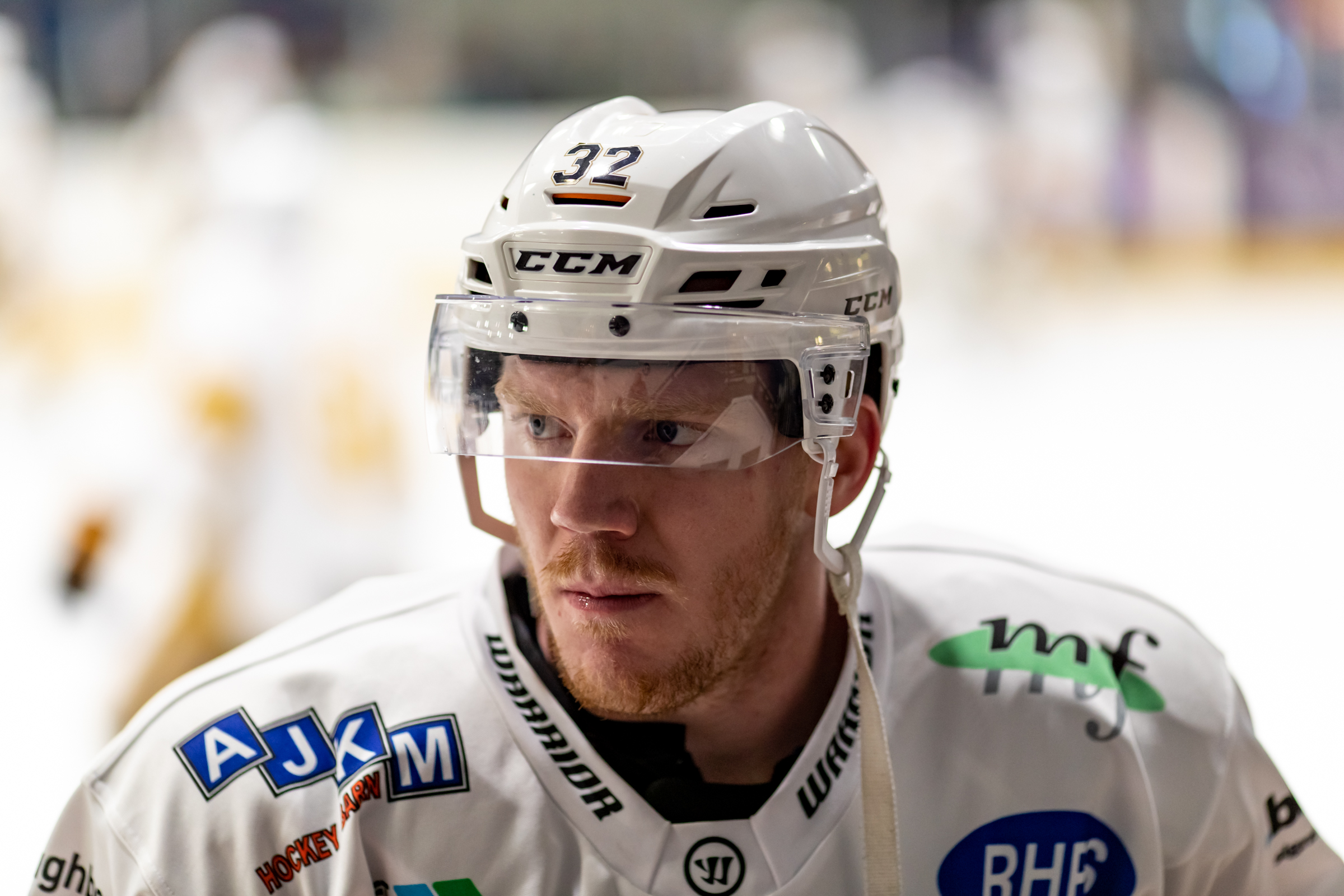 The rugged forward is looking forward to the visit of his former team tomorrow (Saturday 22nd September). Jacob joined The Nottingham Panthers from the now named Glasgow Clan over the summer and their line-up is now filled with plenty of familiar faces to the EIHL 'they've got a bunch of new guys, a lot of them have been around this league before and around for a couple of years so they know what the league's about so we know what to expect from those guys.'

The last time the Clan visited the Motorpoint Arena Jacob played a starring role for the men in purple, scoring a goal and registering two assists, as they fell in overtime to the Panthers and he said 'it'd be great' to replicate that performance in black and gold.

Tickets are on sale for tomorrow's game against the Glasgow Clan and can be purchased by calling 0843 373 3000, visiting the arena box office or clicking the link at the top of the page.