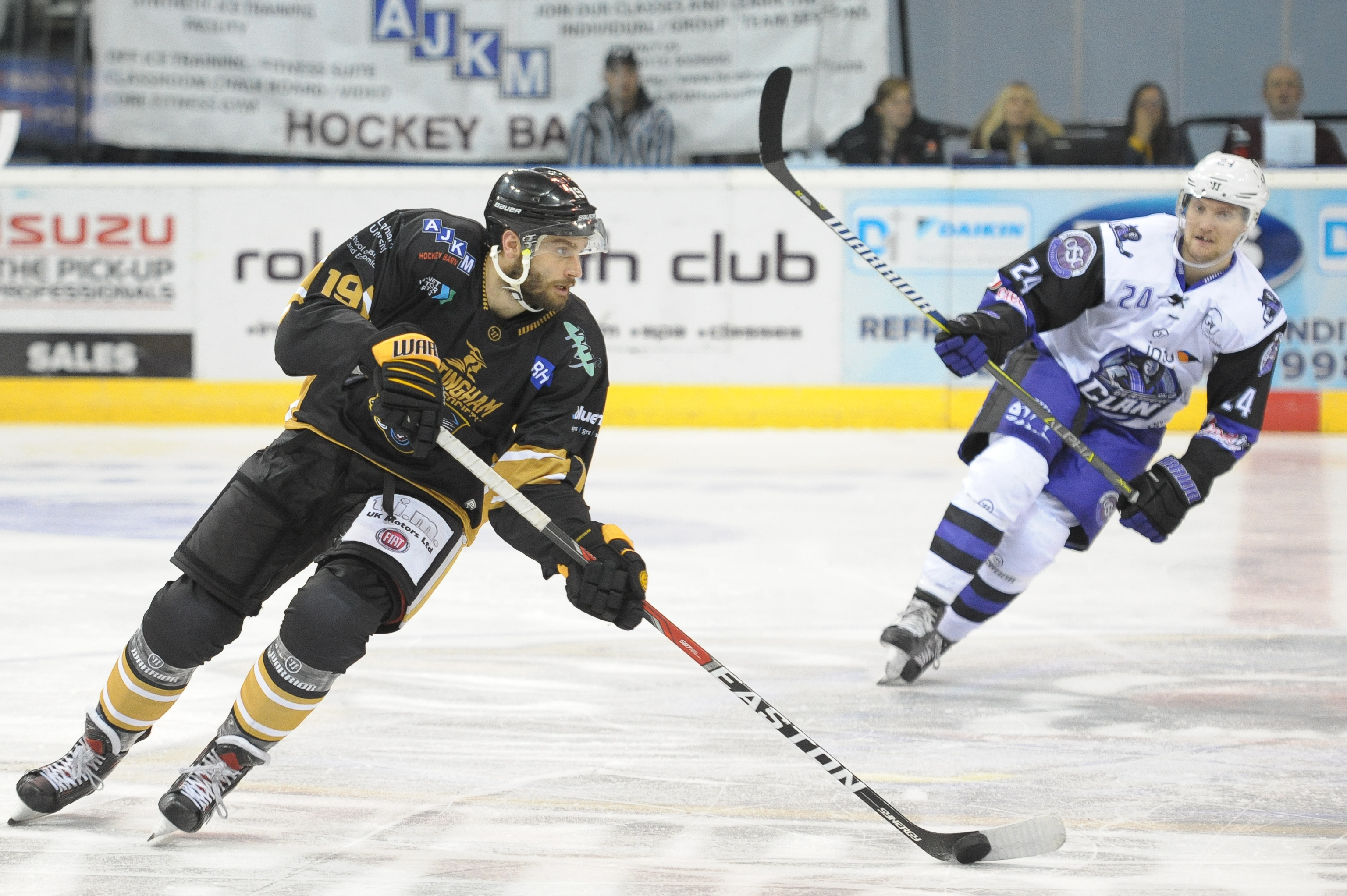 After victory in their only game of the weekend The Nottingham Panthers return home on Wednesday night, face-off is at 7.30pm, to take on the MK Lightning in the second half of a league back-to-back. The Panthers evened the season series between the two teams, thanks to goals from Alex Guptill, Robert Farmer and Marek Tvrdon, last night and will be looking to build on their current two game win streak.

Tommy Hughes, Tyler VanKleef and Brett Perlini missed Saturday's game and all three will be re-assessed ahead of Wednesday night with an update on their respective statuses in due course.

Saturday night marks the final trip of the season to Guildford and the Panthers will be looking to make it six points out of six against the Flames after skating out victorious in their two previous encounters.

Then on Sunday the Glasgow Clan make their second visit of the season to the Motorpoint Arena. The Clan have taken both games against the Panthers so far this season, one in Nottingham and one in Glasgow, and Head Coach Rich Chernomazes men will be looking to set the record straight against the Scottish outfit when the puck drops at four o'clock.

You can book your seats for both of this week's home games through the link at the top of the page, by visiting the Motorpoint Arena box office or calling 0843 373 3000.