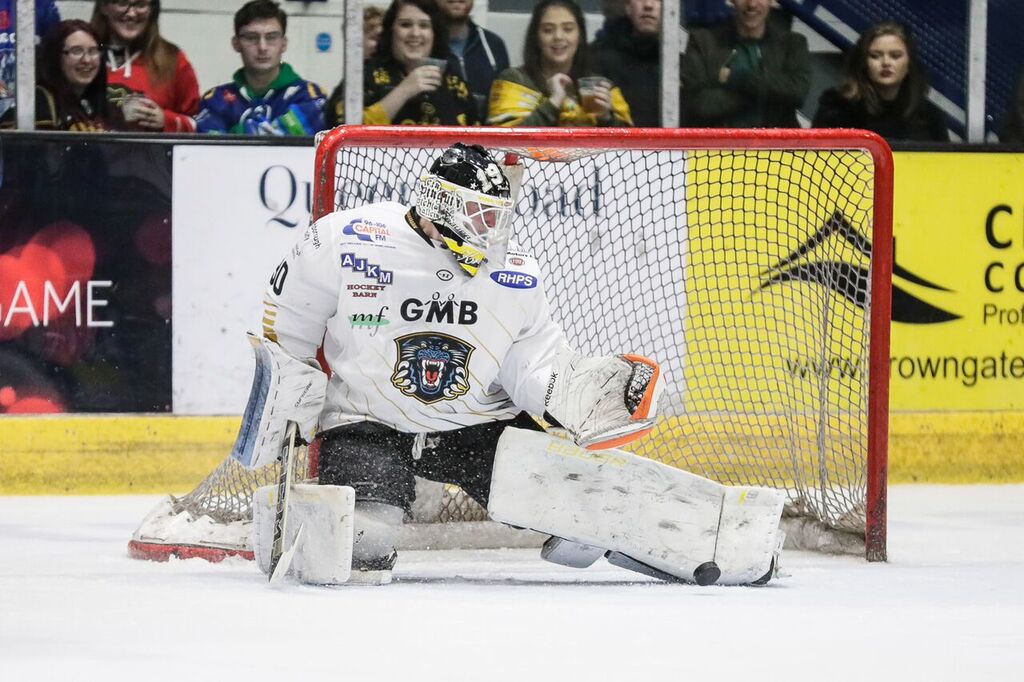 Nottingham Panthers goaltender Patrick Galbraith has been named EIHL Player of the Week for the period ending 3rd December 2017.

Galbraith backstopped the Panthers to a 4-1 victory over arch rivals Sheffield Steelers on Saturday, making 26-saves during the win at the Motorpoint Arena, including 10 during the third period.

The 31-year-old then had a 43-save shutout, his first of the season, in Braehead on Sunday night as Nottingham beat the Clan 3-0 to move back into first place in the Elite League.

Galbraith, who joined the Panthers in October, has now won all seven of his starts in the Elite League so far this season and currently leads all Elite League goaltenders in both save percentage (.948) and goals-against average (1.85).

The Panthers will continue their title challenge against defending champions Cardiff Devils at the Motorpoint Arena on Saturday. Tickets on sale now.