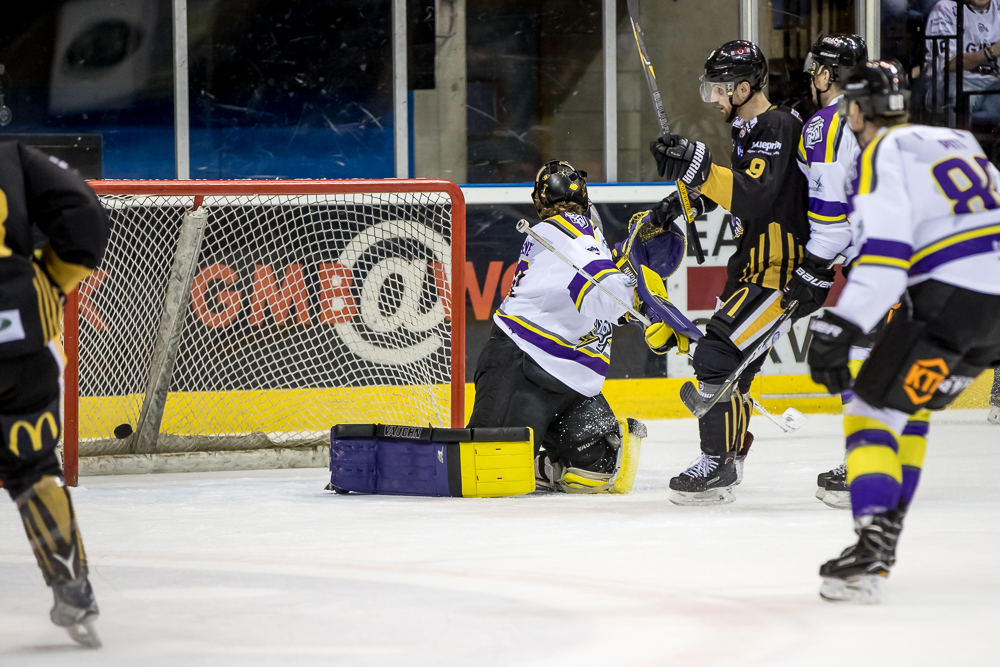 THE NOTTINGHAM Panthers face-off against Manchester Storm on Saturday at seven in their first Elite League game of the season.

Last Saturday Panthers beat arch-rivals Sheffield in the Challenge Cup in front of a record breaking first game crowd but now attention turns firmly on to the new league campaign.

It’s the first game of the year that is included on the season tickets for fans. With that in mind and with general ticket sales included the box office is reporting that two thirds of the seats in the bowl are accounted for at the start of business on Monday.

A club spokeswoman said this morning: “The new coach and the players were pleased to get the season off to a great start with a win against Sheffield and going unbeaten pre-season but they’re all in the history books now and training will be focussed on the start of the league when the players get back on the ice. Alex Guptill missed the game against Sheffield as a precaution and is expected to return to practice this week.”

Tickets for PANTHERS v STORM are on sale now.