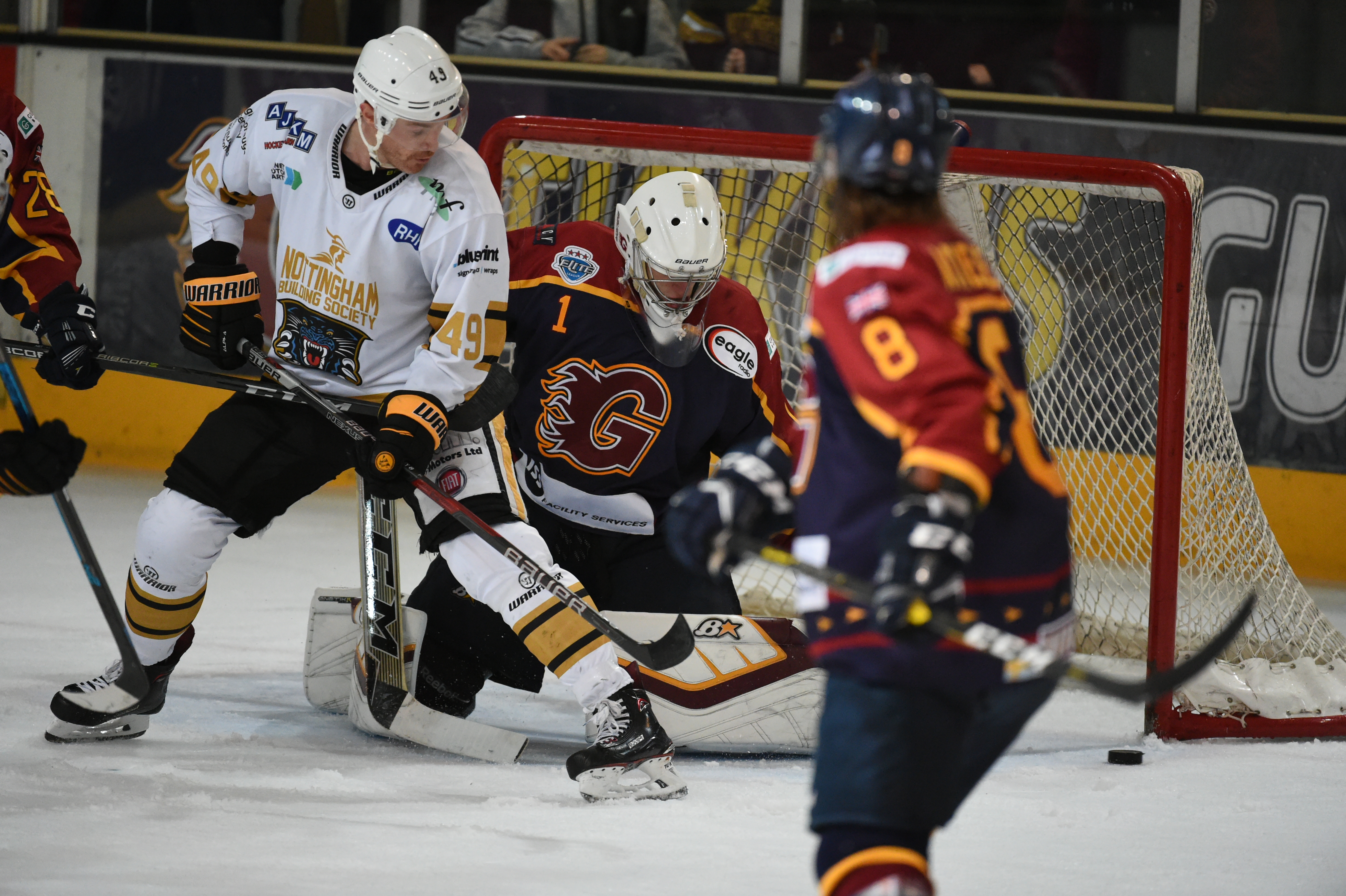 The puck drops on the first leg of The Nottingham Panthers Challenge Cup Semi-Final match-up against the Flames tonight, 8.00pm face-off, at the Guildford Spectrum.

Head Coach Rick Strachan picked up his first win behind the Panthers bench, since being promoted on an interim basis last week, in Sunday's shootout victory over Fife, on the road in Kirkcaldy, and is looking for his team to use that as a platform to kick on for the remainder of the 18/19 season.

There's no webcast from Guildford tonight so you can keep up with the action on our Twitter feed (@PanthersIHC) through our MNL service. We'll have incident and goal updates, brought to you in association with Internet Motor Parts, throughout the night.

The second, and deciding, leg of the Challenge Cup semi-finals takes place on Valentines Day (Thursday February 14th) and ticket prices have been slashed to just £12, £10 and £8 in EVERY block. You can book your seats by calling the Motorpoint Arena on 0843 373 3000, paying them a visit at the box office or by clicking here to buy online.