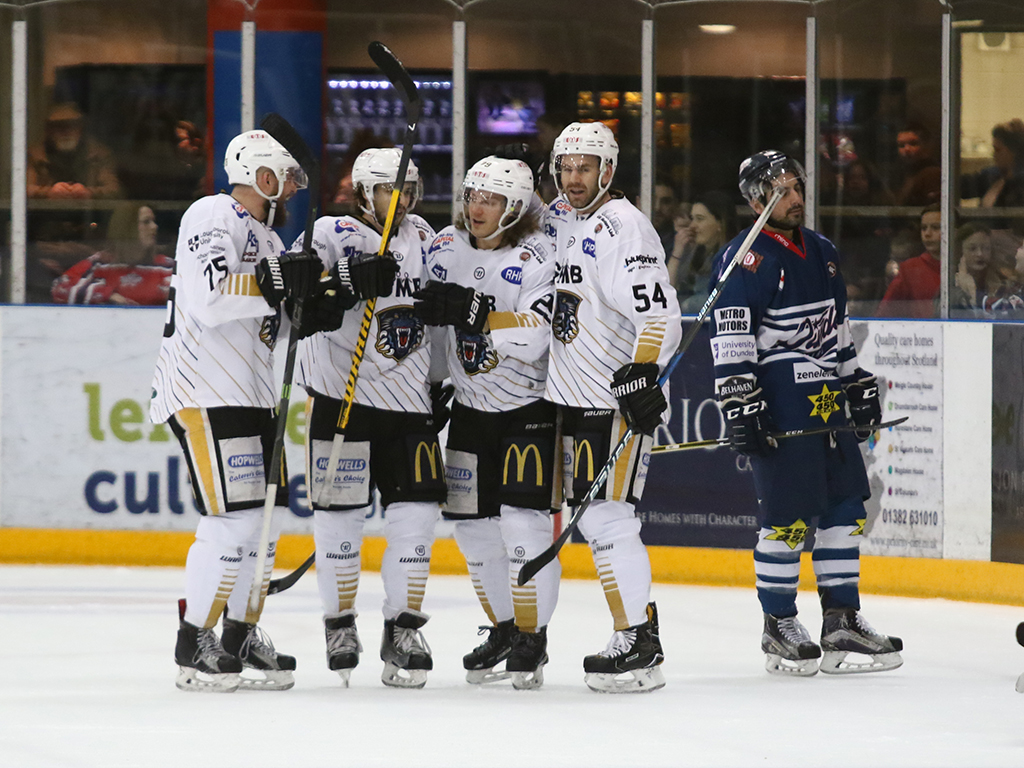 A 6-3 win over the Braehead Clan last night got the GMB Nottingham Panthers three-in-three Scottish road trip off to the best possible start.

Victory in that game meant the Panthers have now taken nine out of the last possible ten points available to them as they continue to look to push on up the standings, in order to improve their playoff seeding.

Dundee Ice Area awaits their arrival for tonight’s game where they will have the opportunity to shoot down the Stars, as they did in their only visit to Dundee during February.

Playoff seeding aside the Panthers will have extra motivation heading into this fixture as they will be looking to avenge a surprise defeat in Nottingham to the Stars, back on March 6th.

Will the Panthers claim 11 out of the last 12 points on offer, and continue to build momentum heading into the playoffs, or will Dundee, with only pride to play for at this stage, throw a spanner in the works? 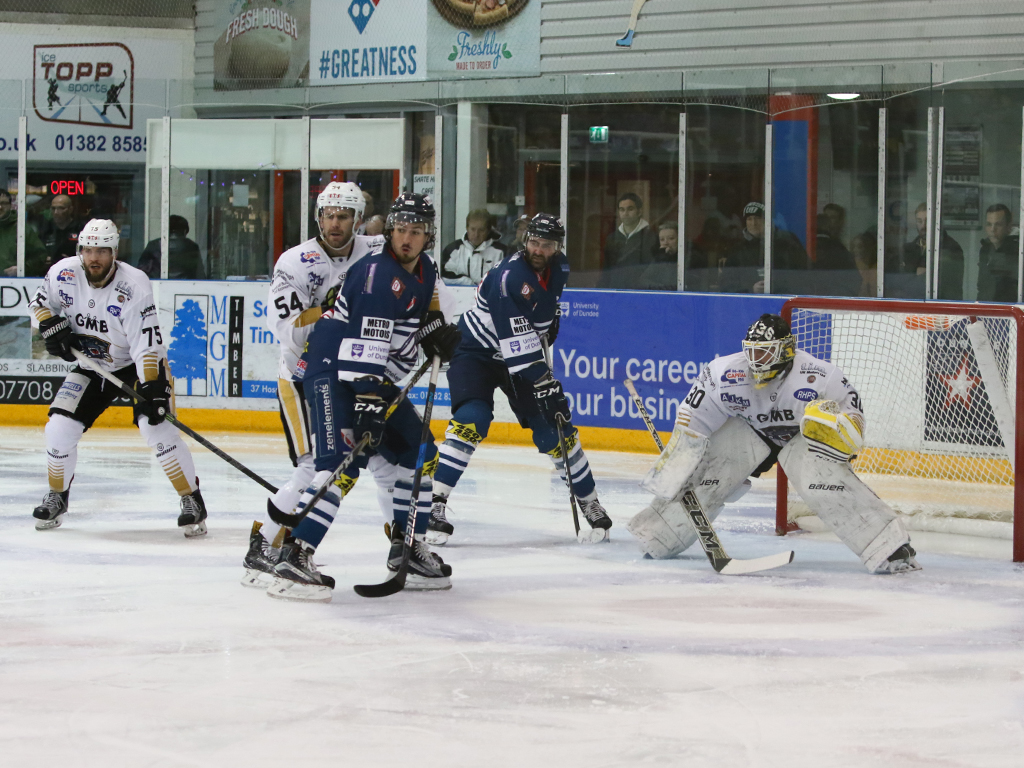 With a season series currently standing at 2-1-0 in favour of the Panthers, these two teams will do battle for the final time, this season, in a fixture that is sure to follow the trend of tightly contested games that has been the story thus far.

Netminder Patrick Galbraith has been a familiar face for the Stars as he has started all three games against them so far, saving 79 of 84 shots he’s faced for a 94% save percentage.

However, with Galbraith starting in the victory over Braehead last night it could be the turn of Michael Garnett between the pipes in this meeting with the Stars, in what will be a game time decision for Coach Corey Neilson.

A 0-3 home victory for the Panthers kicked off the season series, with Galbraith making 19 saves on the way to his second shutout of the season.

Stars vs Panthers open the previous three-in-three Scottish road trip for Nottingham, back in February, in a game that would again see the Panthers score three goals but this time skate away 3-1 victors.

After ‘The Beast from the East’ saw a Friday night scheduled game between the teams, in Nottingham, moved to the following Tuesday the Stars would stun the Panthers by skating away from the Motorpoint Arena with a 4-3 win, in a game that they never trailed. 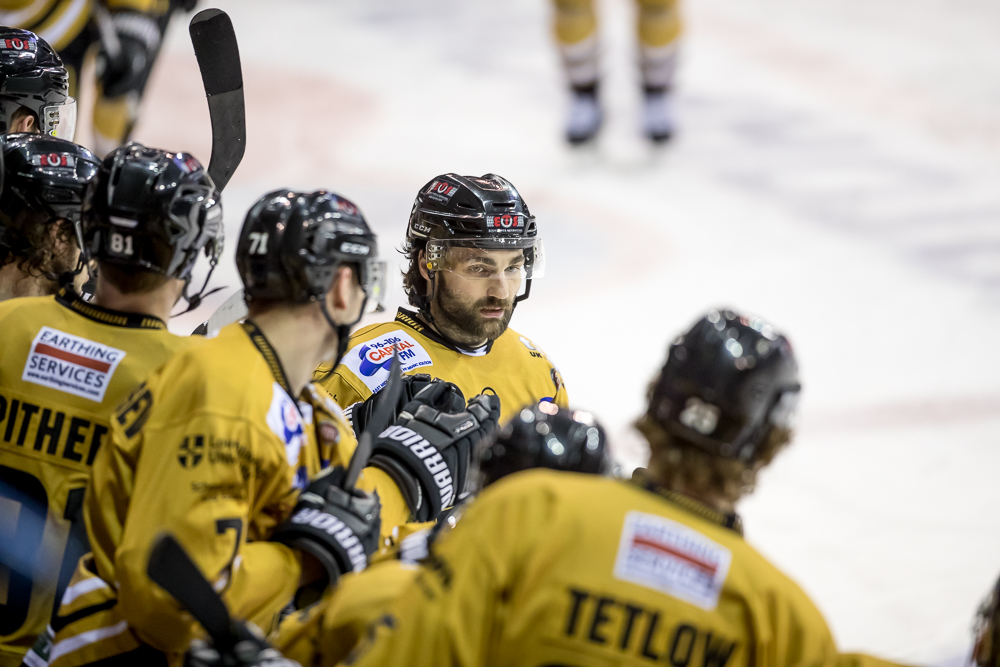 Both teams come into this game with very different objectives for the final weekend of the regular season.

Playoff hockey is on the horizon for the GMB Nottingham Panthers, who’ll know which team awaits them in next weekends quarter finals upon the completion of this three-in-three Scottish road trip.

Pride is on the line for the Stars, as they have been eliminated from the playoff race and are guaranteed a tenth placed finished.

Whilst next season is on the minds of the Stars the Panthers are in need of points in order to climb the table.

After back-to-back wins, and nine out of a possible ten points in their last five games, the Panthers head into this fixture in fine fettle as they continue to build momentum going into the post-season.

In contrast the Stars have lost their last three games and will want to send their fans into the off-season happy, in what will be their final home game of the 17/18 EIHL regular season. 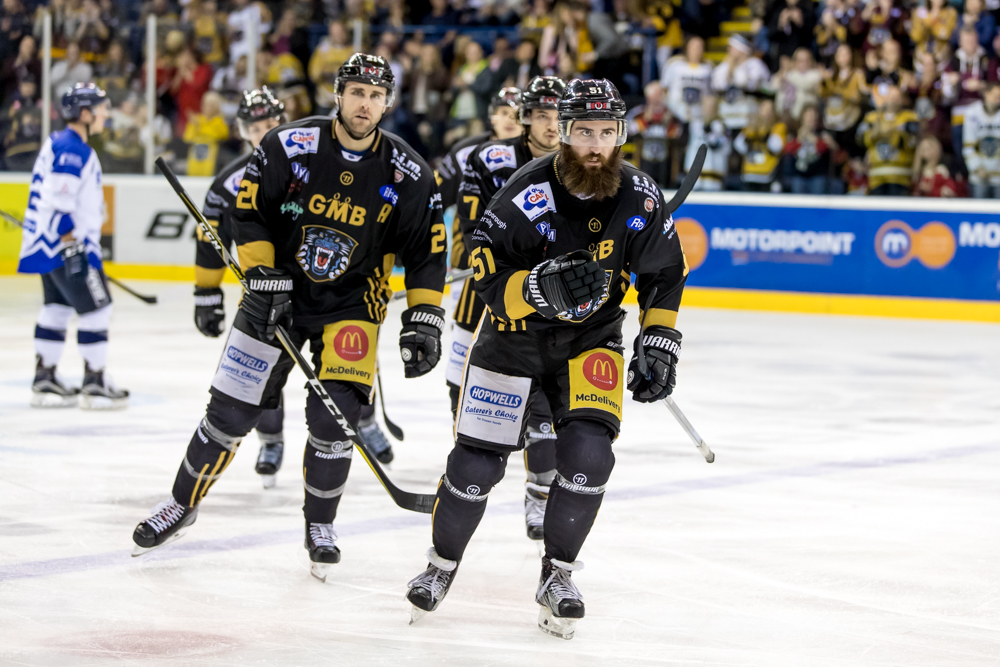 Zack Phillips got his weekend off to a fantastic start, picking up a goal and an assist in the 6-3 win over Braehead last night, that he will be looking to continue in today’s game.

Possessing a deadly wrist shot, that is deceptively nonchalant, and slick puck handling skills Phillips is a threat to the opposition any time he is on the ice.

With seven points, three goals & four assists, in his last five games he is heating up at just the right time for the Panthers as they set their sites on playoff glory.