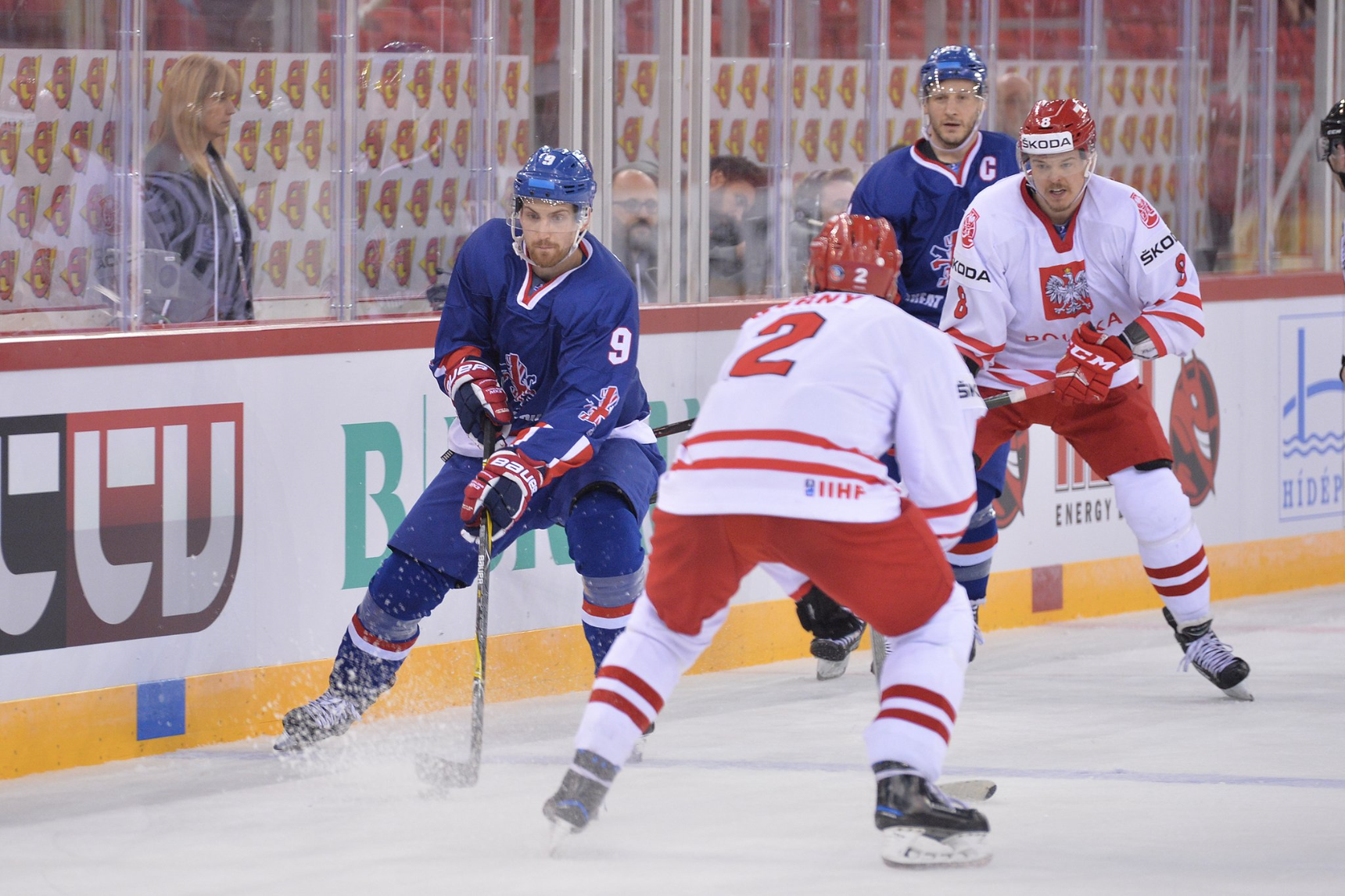 Great Britain secured their second win in three matches at the World Championship Division 1 Group A with a 5-3 victory over Poland in Budapest.

Ben O’Connor scored his second goal of the tournament on his 50th cap, while Mark Richardson got an assist as he was awarded his 75th cap.

Britain had most of the early pressure and after Richardson put a backhand shot just wide of the right-hand post, Brett Perlini edged GB ahead.

The Nottingham Panthers forward cleverly tipped in Richardson’s shot from the blueline at 3:02 for his second goal of the tournament.

Poland drew level on the powerplay as a feed from behind the net by Aron Chmielewski set up Pawel Dronia for a one-timer from the left circle (12:21).

But GB went ahead on the powerplay with the period coming to a close when Colin Shields converted Robert Farmer’s pass for his 42nd international goal (18:37).

Poland equalised for a second time – just as a powerplay come to an end – through Damian Kapica’s one-timer from the right circle (23:31).

Krzysztof Zapala then put Poland ahead at 29:42 when he neatly broke into the offensive zone and fired past Bowns.

The Cardiff Devils netminder produced a stunning save to deny Krystian Dziubinski as he slid from left to right and then shut the door to deny Dronia on a penalty shot (38:23) after Richardson was harshly penalised – two saves which helped turn the game on its head.

And Britain went ahead on a five-on-three powerplay less than two minutes later through O’Connor’s blast from the top of the right circle (46:40).

Captain Jonathan Phillips wrapped up another memorable afternoon with an empty-net goal at 59:29.

There’s no action for GB tomorrow but they return to action on Friday when they face Italy at 7:30pm (6:30pm UK time).