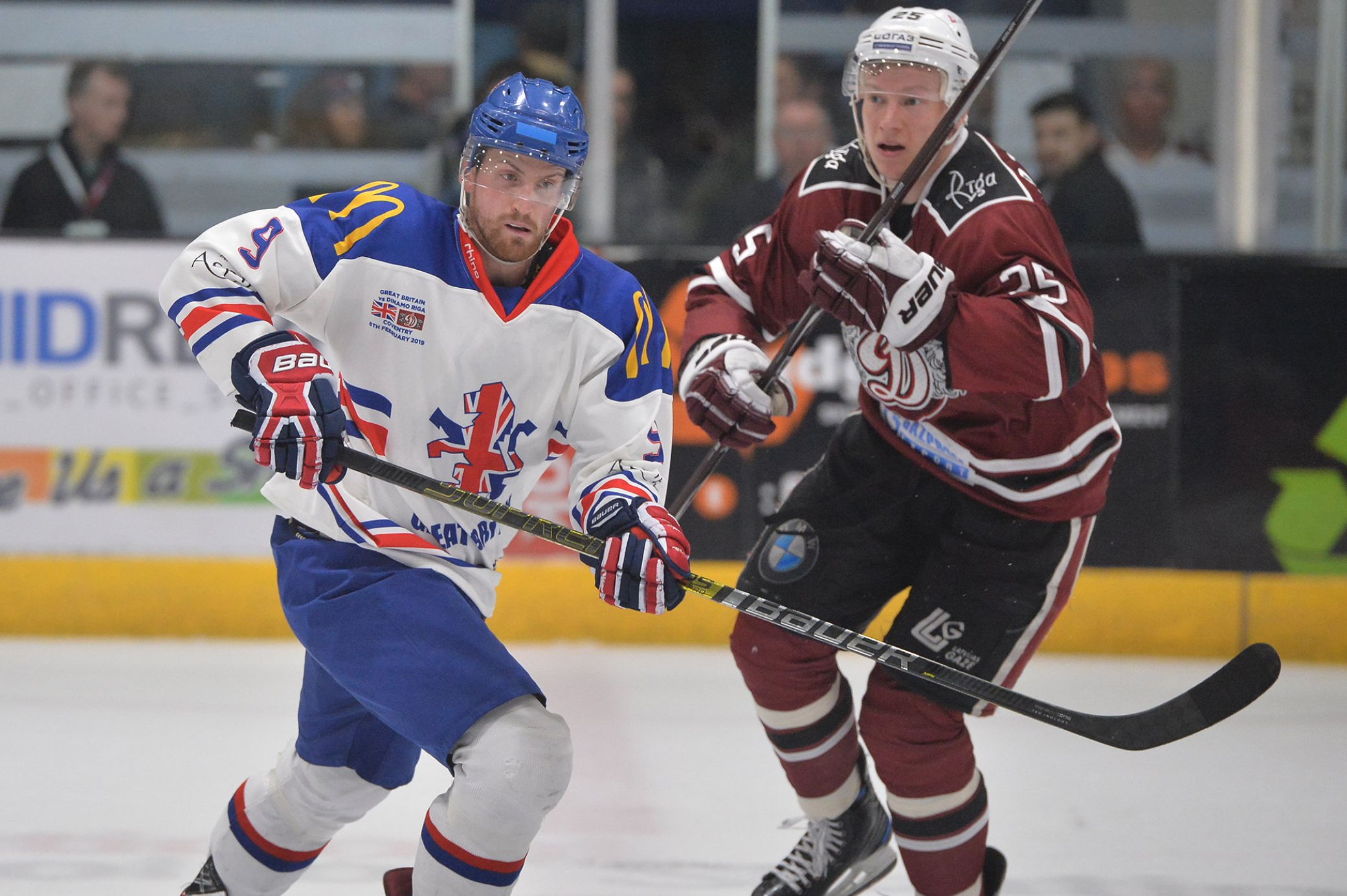 Brett Perlini, Robert Farmer, Ollie Betteridge, Steve Lee and Tim Billingsley (making his debut) all iced as they looked to push their cases for inclusion in May's World Championships squad.

Great Britain beat KHL side Dinamo Riga 3-1 on a historical night in the Skydome.

The prestigious encounter was the first time a KHL side had been to the UK and was played out in front of a sold-out arena.

Luke Ferrara and Ben Lake scored on their home ice in Coventry, while Ben O’Connor added an empty-net goal.

GB took the lead following a quick break down the ice as Ferrara scored with a neat finish.

At the other end, Ben Bowns produced a number of quality saves, including a top-class double stop at his near post.

Lake, in his first appearance in a GB shirt, broke short-handed and cut inside from the right to fire low and put GB into a 2-0 lead at 23:00.

Britain went searching for a third goal at the start of period three and Ciaran Long just couldn’t get his shot away at the backdoor and Jonathan Phillips fired just over.

Riga scored on the powerplay at 52:45 with Edijs Branmanis converting to reduce the deficit, but O’Connor scored into an empty net to seal the victory (59:17).

Head coach, Pete Russell, said: “It was great night to play at a packed Skydome in front of so many passionate fans.

“We played immense tonight and it was fantastic to see us do so well against a quality KHL side.

“It is important to get quality games in ahead of the World Championship and this enabled us to do that.”