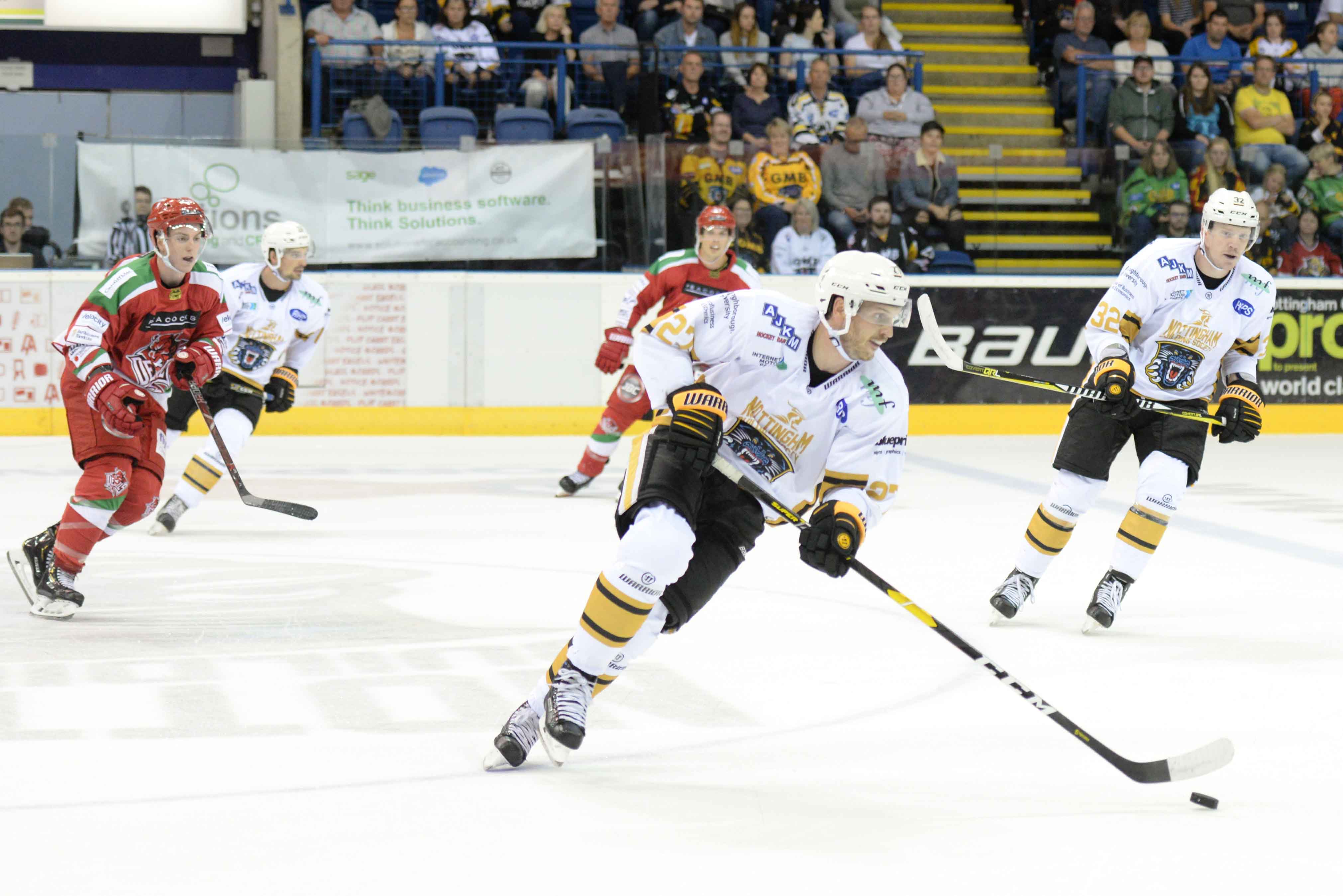 Forward Kevin Henderson and defenceman Jaynen Rissling have trained with their new team mates all week as preparations for the new Elite League season continued at a pace in Nottingham.

This weekend the Internet Motor Parts International Challenge Series sees Dresden and Fischtown from Germany take on the Panthers in Nottingham. You will be able to pay on the door for both games.

While Rissling and Henderson will definitely be in the line-up there have been a couple of niggles picked up and one or two players may not be risked. Said head coach Rich Chernomaz: “It is absolutely nothing serious but we’re not going to take any risks, purely as a precaution a couple of the guys will have late fitness tests and they may not dress for the games.”

We’re still building the match night package with the intention of a full launch at the Challenge Cup game against Sheffield on September 1st. The video team are looking to grab footage during the pre-season action for the new intro video and DJ Ken will be back from his jousting exploits this weekend and will be announcing at both games. We hear he won one and lost one in his battles last weekend while the Panthers were winning the Aladdin Cup against Cardiff.

The shirt off his back raffle is back and at the Dresden game, #6 Olsen is up for grabs. (Sunday’s shirt prize will be John Rheault’s shirt).

There is a free teams rosters sheet available at the games whilst stocks last, for anyone wanting to keep a check on the game stats. The full match magazine will be back on September 1stagainst Sheffield with a brand new chance to win genuine retro play-off jerseys. Watch out for that at the game against Sheffield.

Fans will be able to pay on the door this weekend BUT as ever we'd suggest getting there early if you plan to buy a ticket last minute. You can guarantee your place in the crowd by buying online (click on the link above), from 0843 373 3000 or by visiting the box office.