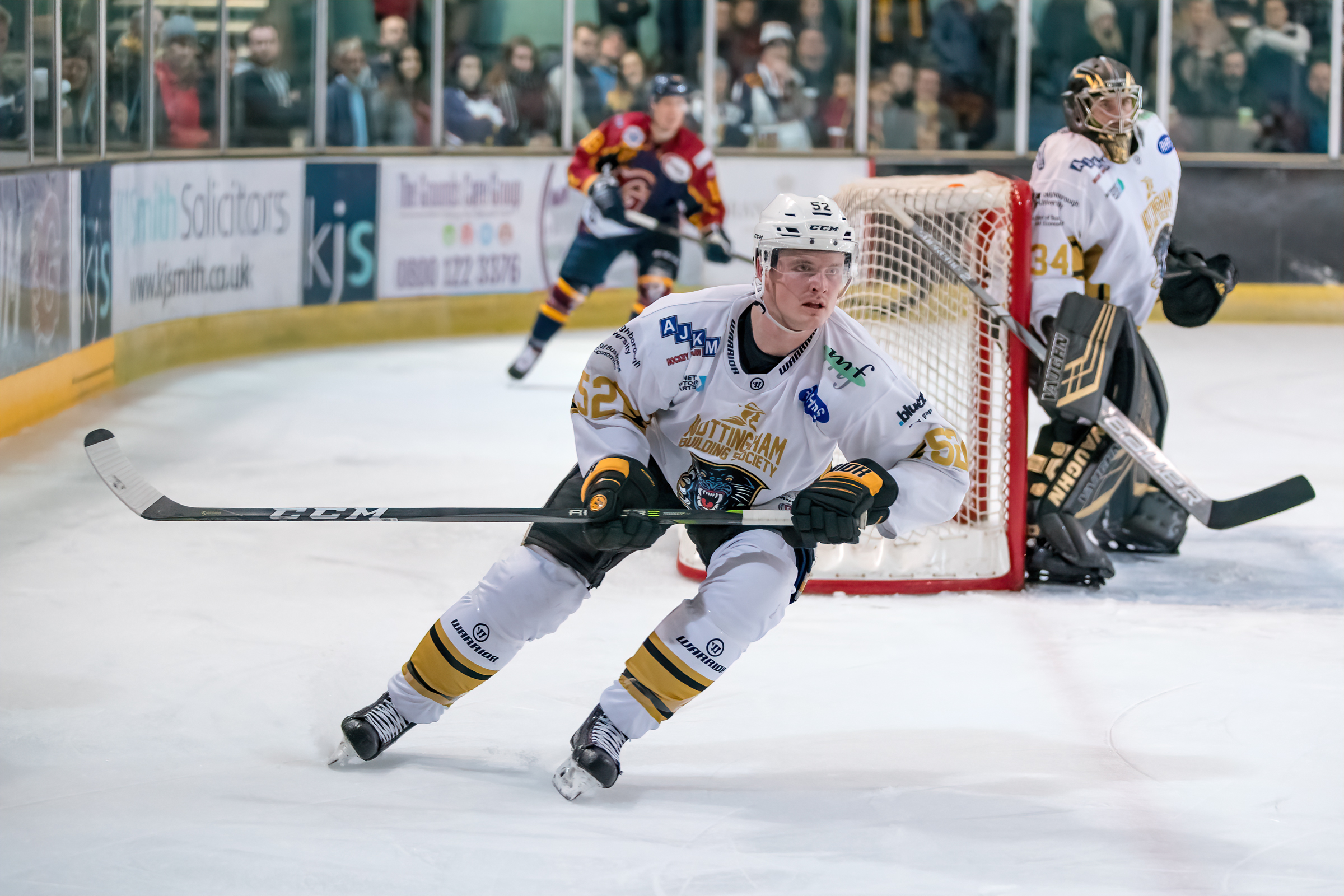 Physio Phil Rippon, out of the PhysioDirect Treatment Room, has confirmed that Tommy Hughes is fit to return to The Nottingham Panthers' line-up tonight in Guildford, with the expected debut of Dylan Richard tonight Head Coach Rich Chernomaz has a full compliment of imports at his disposal.

The defenseman was a 50/50 for action this weekend and will also participate in tomorrow's home game against Glasgow, barring any unforeseen changes.

That leaves just Jon Rheault and Kevin Henderson on the injury list ahead of a huge December run of games.

You can book tickets for tomorrow's game against the Clan by clicking the link at the top of the page, visiting the Motorpoint Arena box office or by calling 0843 373 3000.

Meanwhile, the Challenge Cup second leg between Panthers and Manchester on December 11th is now on sale. Prices have been slashed to £12, £10 and £8 in ALL blocks. There is no further discount for season ticket holders but they are exempt from the arena facility fee if they secure their locations before close of business on December 2nd.