Nottingham through to semi-finals 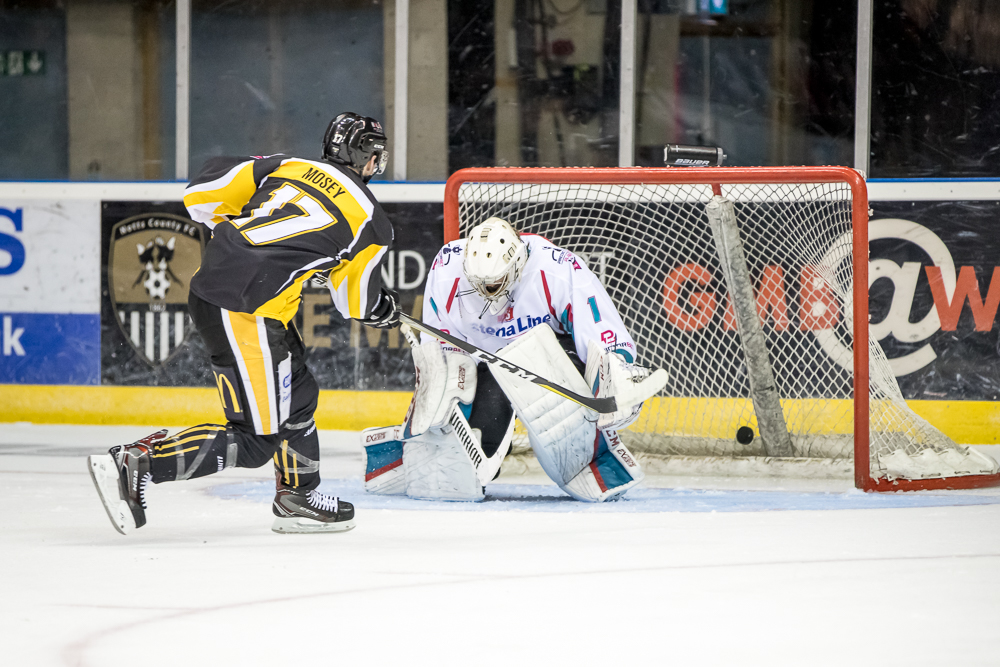 Lace Market Media captured the action and the celebrations, when the GMB Panthers knocked the Giants out of the play-offs to book a finals weekend showdown with arch-rivals Sheffield on Saturday.

The Predictorbet Finals weekend, in Nottingham, will see Cardiff versus Fife in the first semi-final and Nottingham versus Sheffield on Saturday night.

The quarter-final match-up with the Giants saw the Belfast team TWICE lead by a three goal margin.

Nottingham fought back in Belfast on Friday for a 4-3 deficit going in to Sunday’s second leg.

Giants jumped ahead by two goals early doors, but Panthers showed resilience, guts, effort and fortitude to claw their way back again.

Nottingham led on aggregate for the first time late in the match, but Giants hit back just thirty seconds later to take the match to a dramatic finale in sudden-death three-on-three overtime, where Dan Spang pounced on a rebound off an Alex Mokshantsev shot to seal the deal and send Nottingham through and the roof off.

The home fans were magnificent throughout the tie and never gave up on the team and their belief was rewarded.

Now you can watch the highlights in association with the Nottingham Legend, Nottingham’s number one family friendly hockey pub.